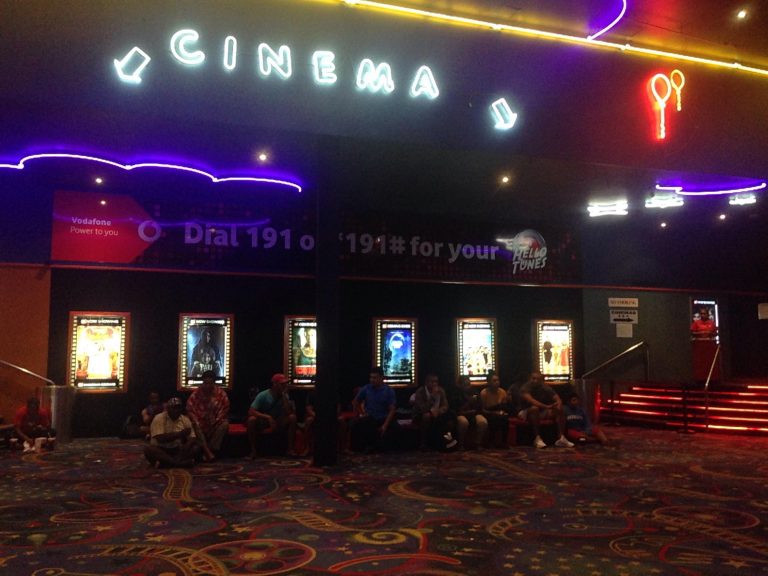 Why I Love Going to the Movies in Fiji

I’ve never been much of a movie-goer unless it involved a midnight premier of the latest Star Wars or was a big outing with friends. Before moving to Fiji, Mo and I probably went to the movie theaters every four months or so.

In Fiji, we probably go to the movie theater a few times per month. It rains a lot in Suva, and going to the movies is a popular activity to escape the rain, heat, humidity — any of Suva’s temperatures, really. Many people often head to the main lobby area to relax and watch upcoming movie trailers in the air conditioning. Tickets are inexpensive compared to seeing a movie in the US or Australia ($3.50 USD). Plus, since we’re a day ahead of the rest of the world, we often get to see movies first. We get a mix of Bollywood movies (Fiji has a large Indian Fijian population), Hollywood movies, and smaller films created around the Pacific Islands that are often really entertaining and reference Pacific Island culture.

One thing I love about seeing a movie in Fiji is how animated Fijians act during the film. If there’s a funny scene, they’ll laugh loudly and without abandon. They’ll holler at the screen and cheer for the protagonist. It’s really easy to feel totally engrossed in a film when everyone around you is so animated. It’s also interesting because Fijians don’t find jokes that Americans would find very funny — or they might miss a pop culture reference — but will laugh at something very random that most Americans wouldn’t even crack a smile at. It’s interesting to see the different types of humor across cultures.

Since going to the movie theater is so popular, you’ll see all types of people go into every type of movie. Mo and I went to see Bad Moms 2 and sat in front of a group of six tough looking Fijian men. They laughed the entire movie and shouted funny snippets of adviceat the screen.

Some of my Fijian friends don’t find this as endearing as I do — I’ve seen Facebook statuses of Fijians complaining about how loud people are during the movies. The workers at the movie theater will yell at you if you put your feet up on the seat in front of you, but won’t intervene if you take a full-on phone call in the middle of the film.

The popcorn at Fijian movie theaters is also way better than it is anywhere else. I say this as someone who has a popcorn hand-crank machine and is a popcorn snob (if that even exists?). You can order sweet popcorn, salty popcorn, or have them mix it together. It’s so bomb and makes me unreasonably happy. Sometimes I skip dinner if I know we’re going to the movies at night just so I have room for more.

Speaking of movies, I also love reading the descriptions on the back of knockoff copies sold on the street. The text is usually copied and pasted from a Rotten Tomatoes or IMDB review, even if the review is negative! So you’ll be browsing through DVDs and come across one that says explicitly that you can expect the movie to be two hours of your life that you’d rather spend cutting grass with a pair of manicure scissors. 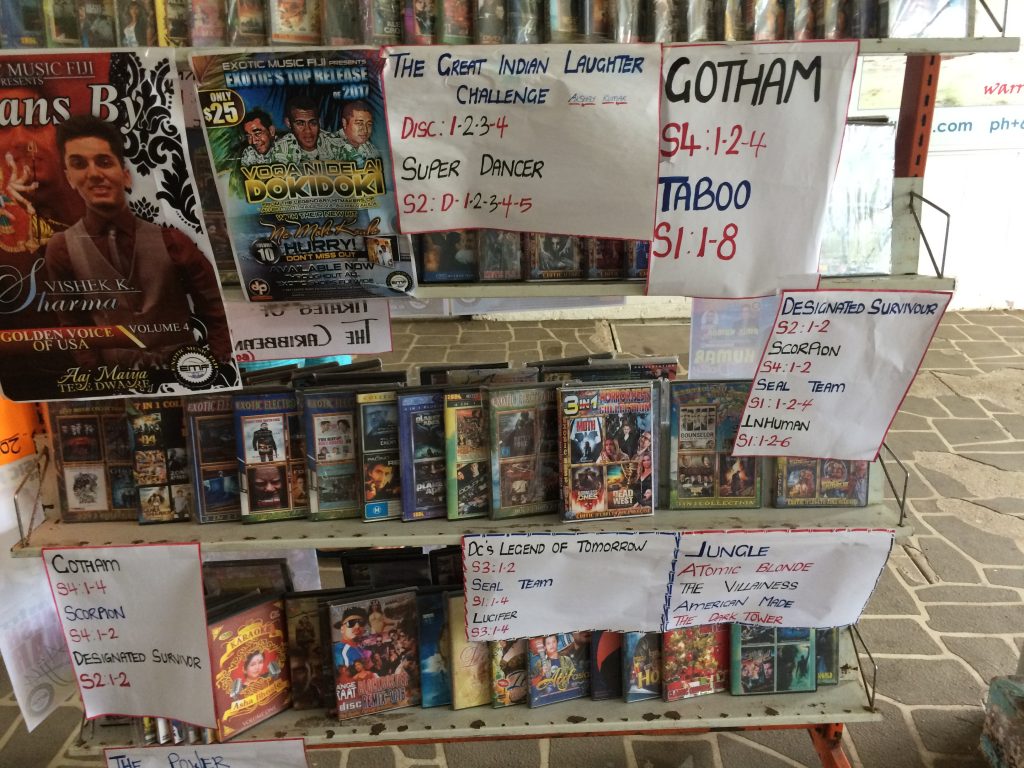 Sometimes, it’s small things like going to the movies that remind you how far away you are from home. What’s the best movie you’ve seen recently?