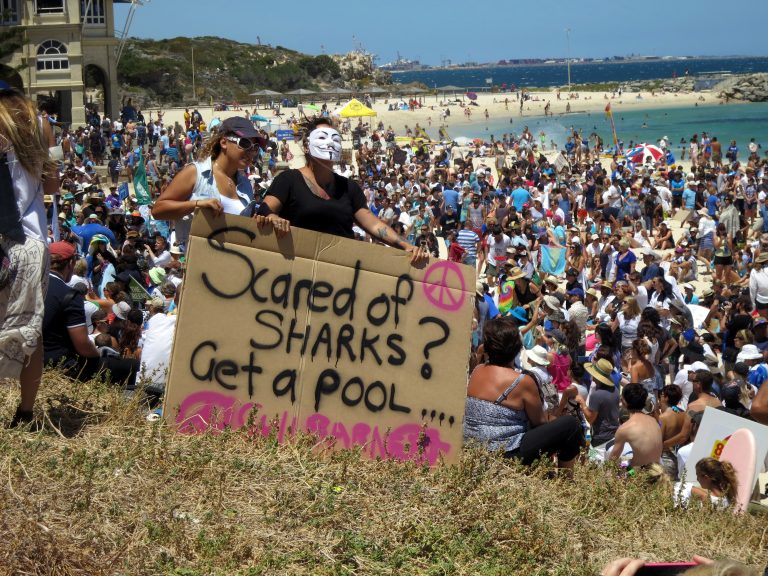 Three Years Abroad: The Cons of Living the Expat Lifestyle

A few weeks ago I posted about why I love being an expat. Of course, surely there are some things about the expat lifestyle that I hate, right?

Moving overseas doesn’t mean you’ll be landing in utopia, where all of your problems will disappear — or that you’ll have a life filled with 24/7 adventures. Eventually, life becomes routine just like anywhere else except for a few nuances. After three years of living in Australia, here are a few things that I dislike about residing abroad.

Obviously, my expat experience is unique to me. My observations would be different if somewhere with a larger cultural gap than the one between Western Australia and California. Many of these points are specific to living down under, and wouldn’t apply anywhere else.

The cons of being an expat

Apply for almost any hospitality job as an American? Hired on the spot. Restaurants love the faux friendliness known as American customer service, and jump at the chance of squeezing those forced smiles out of us Yankees.

The problem is when you want to apply for another, higher ranking position. Due to visa restrictions and the criticism of giving an Australian job to an outsider, many companies or organizations won’t hire someone who is not at the bare minimum, an Australian resident. This is especially the case in Western Australia, a state that is very fragmented from many industries and the rest of the country’s big cities. With many positions, you will also have to get your university degree assessed, an expensive, time-consuming process that basically says, “Ah, yes! Your degree that you poured four years of sweat and tears into and sold that kidney for is worth something!”

When I had just a working-holiday visa, it was very challenging to land an interview in the industry I wanted. At one interview, the hiring manager sighed and told me, “We don’t want our clients to hear your accent and have a foreign experience…” Unfortunately, the job market is declining and businesses are hesitant to give a foreigner (who could leave) a job that an Australian is capable of doing. You know that whole, “the immigrants are stealing our jobs!” argument that comes up at every political election?

You’re one of those immigrants.

This ended up being both a blessing and a curse for me. My political science degree isn’t relevant to Australian politics and I couldn’t find a job in the media. So, I created my unique career.

Unless you’re rolling in the dough, going home becomes an occasional affair. Big holidays in your native country are just another day in your new country, where you’re lucky to find a group of mismatched fellow expats to celebrate with you at a local pub. Homesickness strikes hard during these times and it can be painful to be so far away from big events happening with your family and friends back home. If you’re feeling too homesick, it’s best to plan a trip home to look forward to.

The months of November-December are hardest for me because my birthday, Thanksgiving, and Christmas all hit within just a few weeks of each other — FaceTime and Skype only help so much.

My first birthday in Australia? Hardly anyone showed up. Three guests were my roommates, a few were Mo’s coworkers, and one guy came because he got fired from his job and needed somewhere to crash for the night. Only my boyfriend and one friend (love you, Kate!) keep in touch today.

Last year, I planned an American Thanksgiving at my house for all of my friends in Australia. I told everyone to bring a plate of food and prepare to give thanks. It was hilarious to see what foods arrived in lieu of your typical American fare, and my guests’ fascination with sweet potato casserole was priceless. This definitely eased the pain of being abroad for the holidays and is a strategy I totally recommend.

Surprise! Some countries just don’t want foreigners in their land, and the visa you’ve been granted can reflect this. Depending on your nationality and skillset, it can be a pain to sort out work permits and extending your stay to avoid deportation. I arrived to Australia on the Working Holiday Visa, but went through the arduous process of merging to the De Facto Partner Visa until October 2017.

Mo (also here on a visa) better not dump me – else I’ll be packing my bags back to see Uncle Sam!

No matter if you’ve been here three years or twenty, your accent and demeanor can separate you from being part of the dingo pack at times. You won’t be clued in on Australian history, cultural cues, or celebrity discussions and can feel very awkward. I’ve been known to slip a few cards back into the pile of Australia’s version of Cards Against Humanity because I didn’t understand the text.

And for some reason, taxi drivers love to ask you all about Obama. While I usually love talking politics, in public, I avoid it like Trump avoids showing his tax returns.

Or Hillary avoids releasing those emails.

For my birthday, can someone please give me a shirt that reads, “I am more than just a sounding board for your soapbox views on guns, the U.S. military, and Obama! Thx.”

This is also awkward when people slam all-the-Americans (all 365 million with different backgrounds, views, and personalities but okay…) without realizing that you’re standing right there as one of said trollish, useless, loud Americans. I once went to a yoga class where the teacher whined about how she did her teacher training in Oregon and it was terrible because she was surrounded by Americans. What did you expect?

“And, well, you know how Americans can be… Blegh!” She faked a puke sound and rolled her eyes.

The class let out a sympathetic sigh.

“How can Americans be?” I asked.

She turned bright red at the pang of my accent and back-peddled. “Oh, well… I guess you always notice when walks into a room?”

Hm, odd. You didn’t notice me.

I made a mental note to unlike her spammy Facebook pages (of which she has three) and take my greenbacks elsewhere next time.

There tends to be a belief that the U.S. is the only big bad guy in the room, when social, human, and environmental justice issues are a pervasive problem everywhere.  Many of my foreign friends have Facebook feeds filled with American political articles — meanwhile, they’re silent on issues of their own country. Sad to say that it’s not just the U.S. going bizzerk, the whole world has caught a case of the crazies. From the outside looking in, many of Australia’s issues disturb me.

Working with children in foster care, I spent time with both white and kids of color, with over half of them being white. When multiple white Australians learned of my job, their first instinct was to go on a tangent about how “Abbo families can’t take care of their children” — and they were genuinely shocked when I’d revealed that most of the children I worked with were white.

Segregation is a problem in Australia as a whole, with only 32% of the Indigenous population living in major cities, compared to 69% of the non-Indigenous population (source). I’ve had a six-year-old tell me, “White and black can never be friends. It’s just the way we are.” Said child also barked at person of color while walking in the grocery store after yelling, “black dog!” When distinguishing between a white person and an Aboriginal person, some white Australians equate the terms “Australian” for Caucasian and “Aboriginal” for a person of color.

Issues that you despised in your own country don’t always disappear once you cross borders into another.

Don’t even bother trying to get your local food

San Diego, my home city, has delicious and authentic Mexican food in just about every neighborhood. Here? Expect curry flavored beans, unflavored white rice, and salsa sans spice as core ingredients inside your tortilla (emphasize the Ls in tor-tilla so that they understand you). American candy and foods are often in the exotic section, where a simple box of Pop Tarts can run you $15 a pop.

On the plus side, Western Australia kills it in the wine and cider departments, so you an easily drink away the gastronomical disappointments.

Expats tend to attract other expats

It’s easier to befriend expats of all nationalities than it is to break into an existing clique of locals. At the moment, my friend base has maintained the 50/50 expat/Australian ratio for some time now. Though I love all of my friends no matter where they’re from, it’s an interesting observation. It took me a few months to make friends who I now call my true homies.

The “let me guess where you’re from!” game

“OMG… wait, if I say America, you’re going to be really offended aren’t you? Are you Canadian?”

You might be ordering a cup of coffee, talking to a friend, or asking someone for the time, not realizing that you’ve just walked into center stage of the “LET ME GUESS WHERE YOU’RE FROM :D” game show, hosted by *cue drumroll* Some Random Dude Who Just Eavesdropped on Your Private Phone Call!

Sure, it was fun and cute at first, but it’s hard to feign being impressed at a strangers accent-guessing skills for the third time that week. Sometimes you just want your damn coffee without shaking your head at “Montana… no? Wait, did I say Brooklyn yet? I want to say America but I know being American is like, really really really offensive.”

And, every time you say the words tomato, water, trash can, or any other phrase that’s akin to the sound of teeth against metal for those Down Under, you can expect a chorus of Aussies to mimic you. It’s not ketchup, it’s tomahhhto sauce. That’s not a bell pepper, it’s a capsicum. And don’t say trash can for Pete’s sake! Can’t you see it’s a rubbish bin!?

P.S. I still love it here

Everywhere in the world has its faults, and anyone with an iota of insight will never (and should never) be completely complacent with the culture they live in. Though I love Western Australia overall, it’s not always just another day in paradise.

In case you missed it, read The Pros of Living the Expat Lifestyle.

Have you ever lived overseas? What were the negative aspects of being an expat for you?