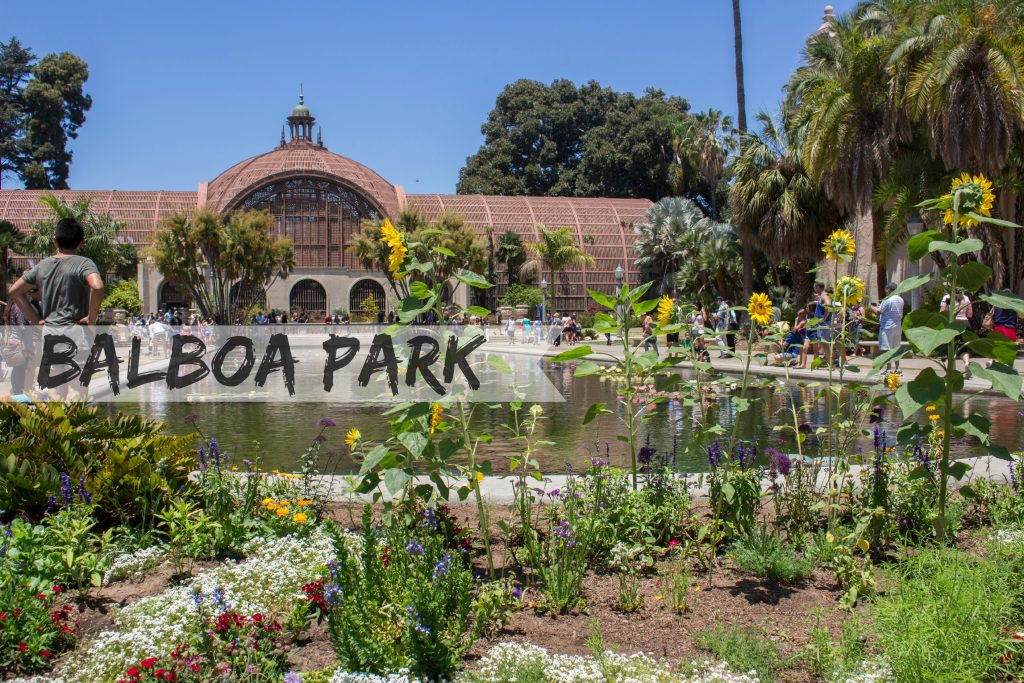 “Missing the rapture and going to hell”
“Boogeymen”
“Getting eaten alive”
“My loved ones dying”
“Unsuccessful life”
“Ending up alone”
“Geckos”
“Bankruptcy”
“Losing people I love, especially my children” 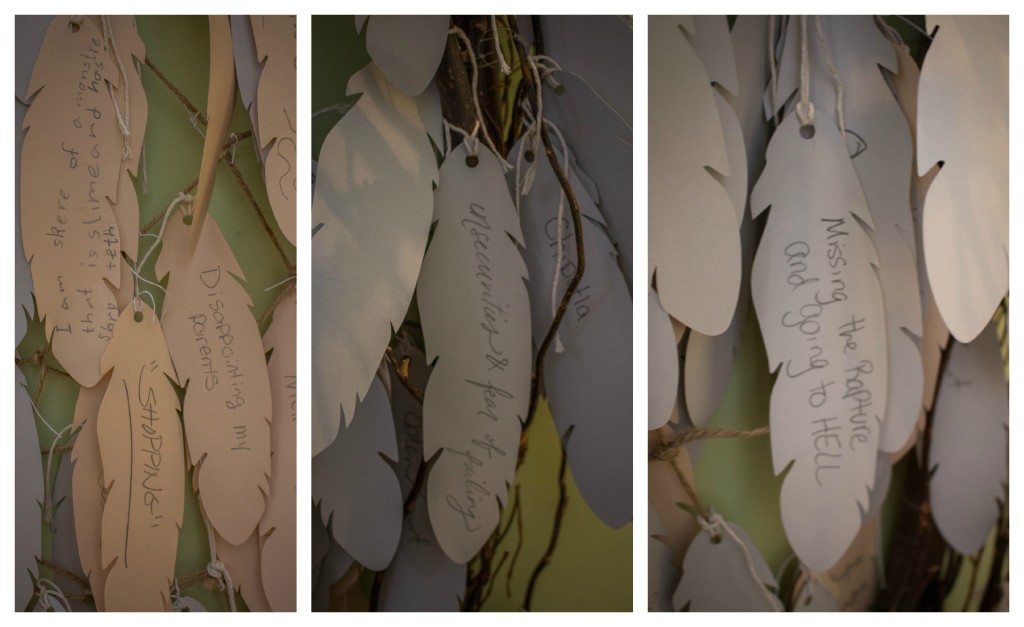 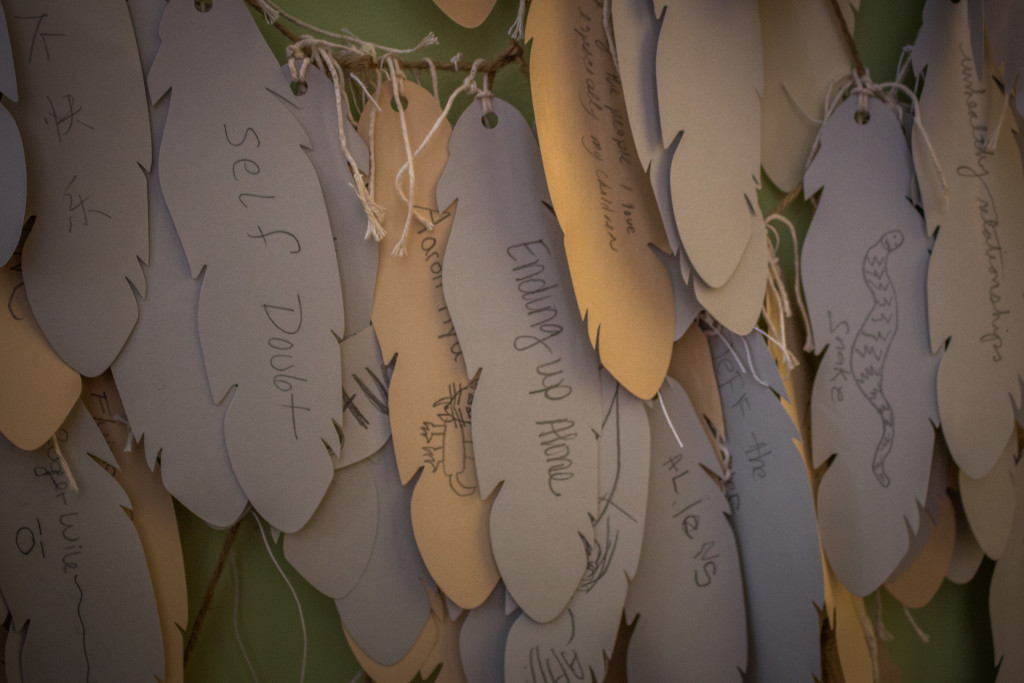 I put my pencil down, as everything I feared had already been posted by a faceless person before me. No need to be redundant.

In an anonymous forum, the Museum of Man at Balboa Park asked patrons to post their greatest fears alongside an exhibit on monsters. The feature included appearances by the Balinese Barong, the Mexcan Chupacabra, and the classic American Sasquatch. They could have tacked up a JAWS poster, and Australia’s most notorious monster would’ve been there too! 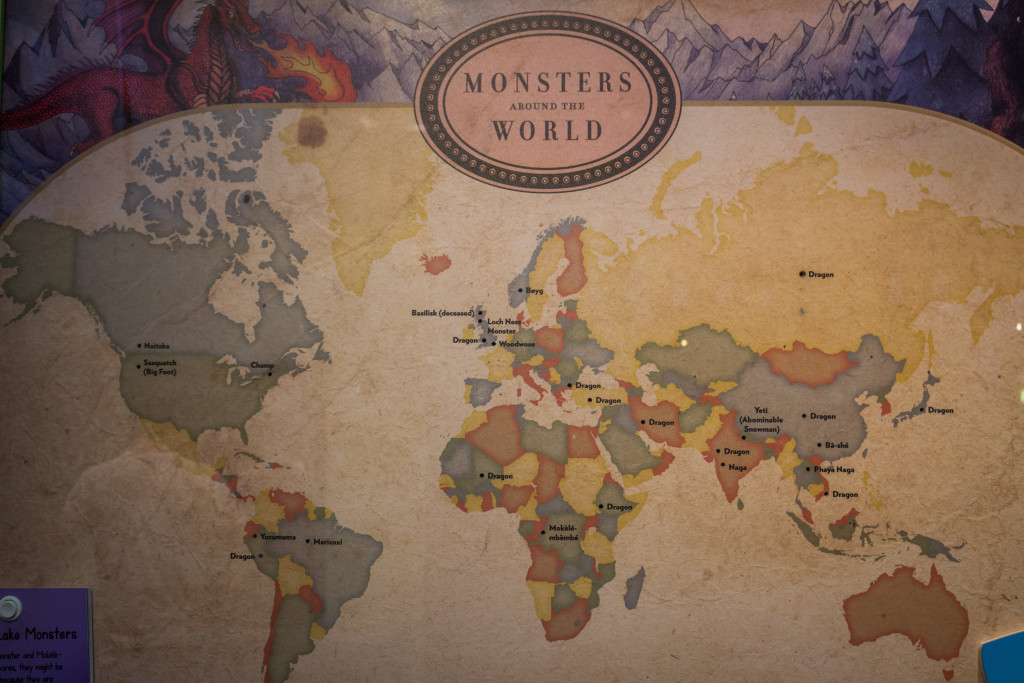 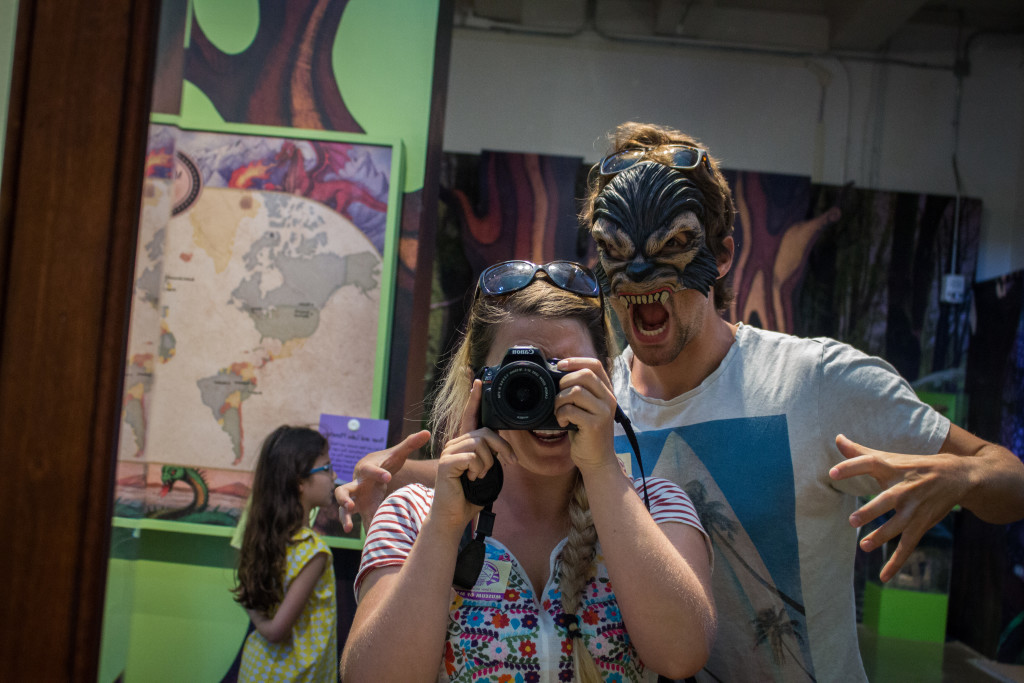 Museums, much like traveling, often highlight human elements that are universal. We’re all bald primates that are terrified of the dark and fear for the future.

Oh, and we also all love beer.

“From Hunter Gatherers to Hipsters” The official tagline

The Museum of Man had an interesting beer exposition called BEERology that told stories of beer throughout history. If BEERology was offered as a major at USC, half of the political science kids would have flooded that course – and at least it’d probably be just as useful as our degree, if not more so. You’d never have trouble finding participants for a research study. And upon graduating, a BEERologist would be able to drown his woes fears at the bottom of a pint class and call it work. Unlike the rest of us, who guiltily hand over student loan money for a brew, axing ourselves further and further into financial ruin as the American dollar drops and interest rates rise :D.

But anyways, you’re not here to hear about the depressing state of higher education, are you? 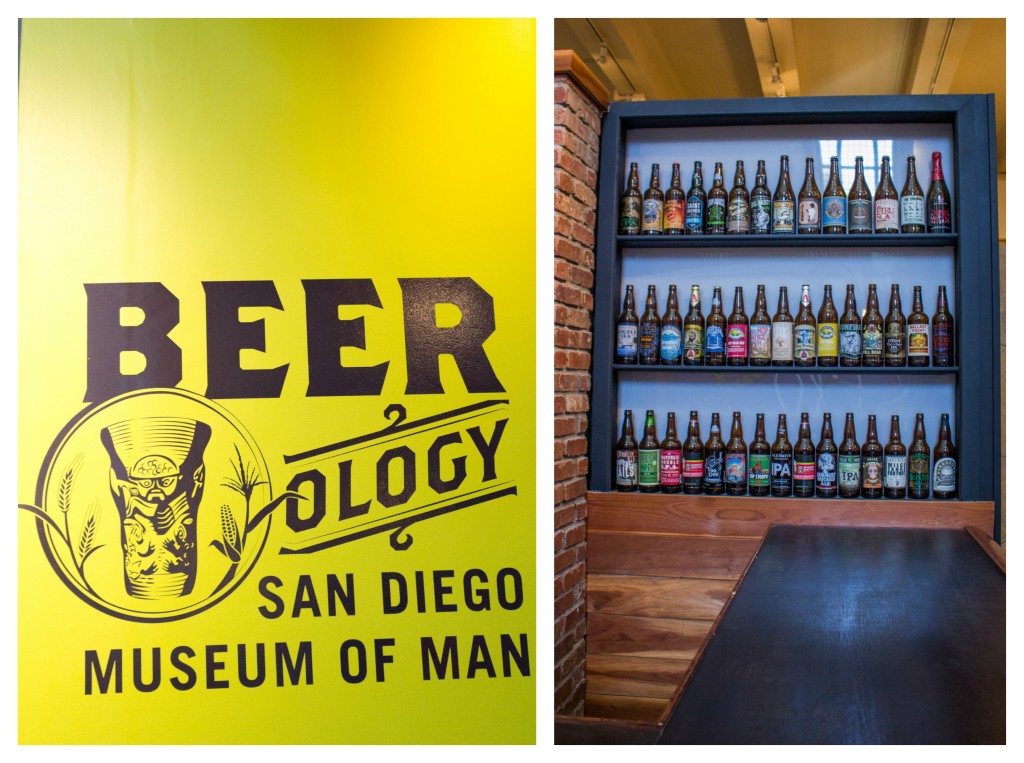 As I discovered, beer has been around for over 10,000 years – beginning with the Chinese, who harvested millet and turned it into a birdseedy brew. Archaeologists studying Mesopotamia were perplexed as to why tiny grains had been planted in the soil when hunting and gathering was easier and much less energy consuming. Of course, these tiny grains turned into barley and barley into beer. Beer simply is worth the all of the effort in exchange for a buzz. In the Amazon, head hunting tribes left the brewing to the females who consumed up to two gallons of beer a day. The men drank a respectable three to four gallons of cavassa beer a day, with the children chugging a measly half gallon per day. That puts even the most bogan of Aussies to shame.

Intricate growlers carved of wood and stone were displayed elegantly behind glass. In an 1833 newspaper, one journalist wrote “it’s called the growler because it provokes so much trouble in the scramble after beer.”

Last week, some of the kids I work with collected a few beer bottle caps left by delinquents at the park. Of course, they scattered them throughout my work space in plain sight for any boss to walk in and take note of. As I hustled to collect and dispose of the beer caps, I darkly thought, The universe would be so cruel to have me sacked for beer I didn’t even get to enjoy the act of drinking!

Are We So Different?

Despite the fascinating historical obsession with getting intoxicated, the Museum of Man’s display on race and racism in America ended up being my one of my favorites and certainly the most relevant. Race is so fluid that the government hasn’t even settled on a stable classification of people for the US Census. Those classed as mulatto in 1850 transitioned to negro to white and African American as time went on. Indian turns to Eskimo turns to Alaska Native. Words mean so much more than their literal definition, with their connotations fostering social and political milieu. One poster board in the exhibit portrayed a cringeworthy cartoon about the scandalized Redskins NFL team that scored a touchdown in getting the point across. 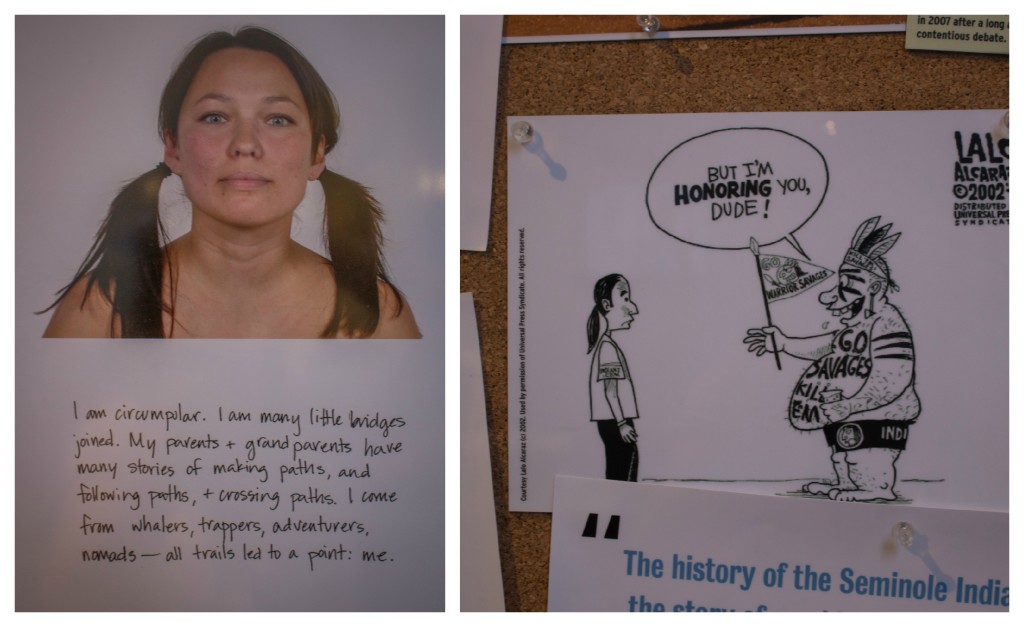 With only a day to enjoy Balboa Park, we rushed in between botanical gardens and museums, giving up on seeing them all. 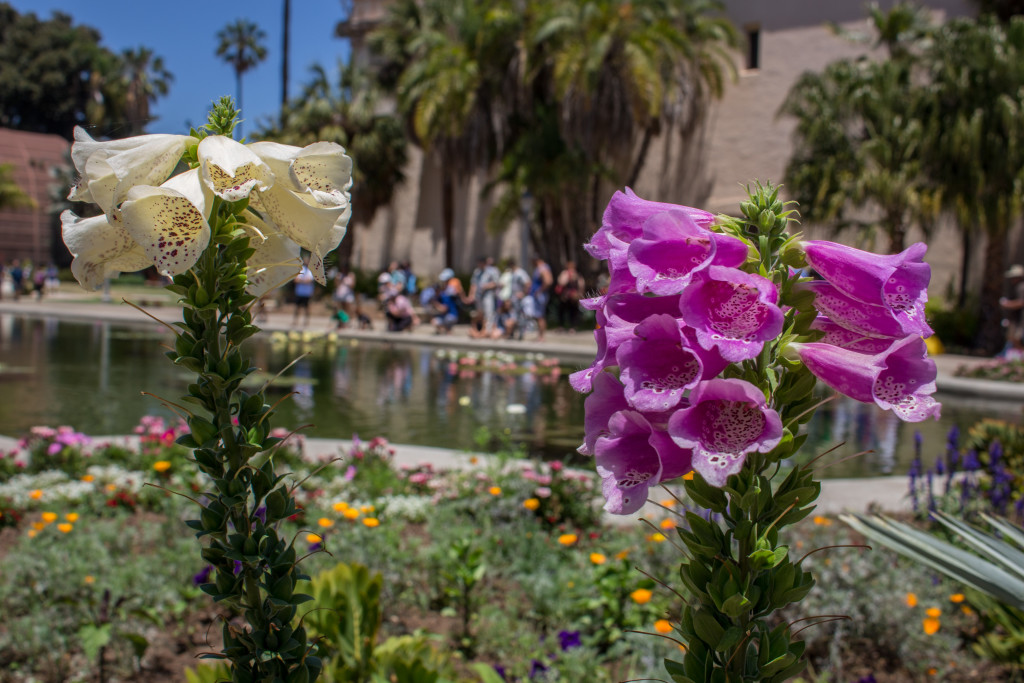 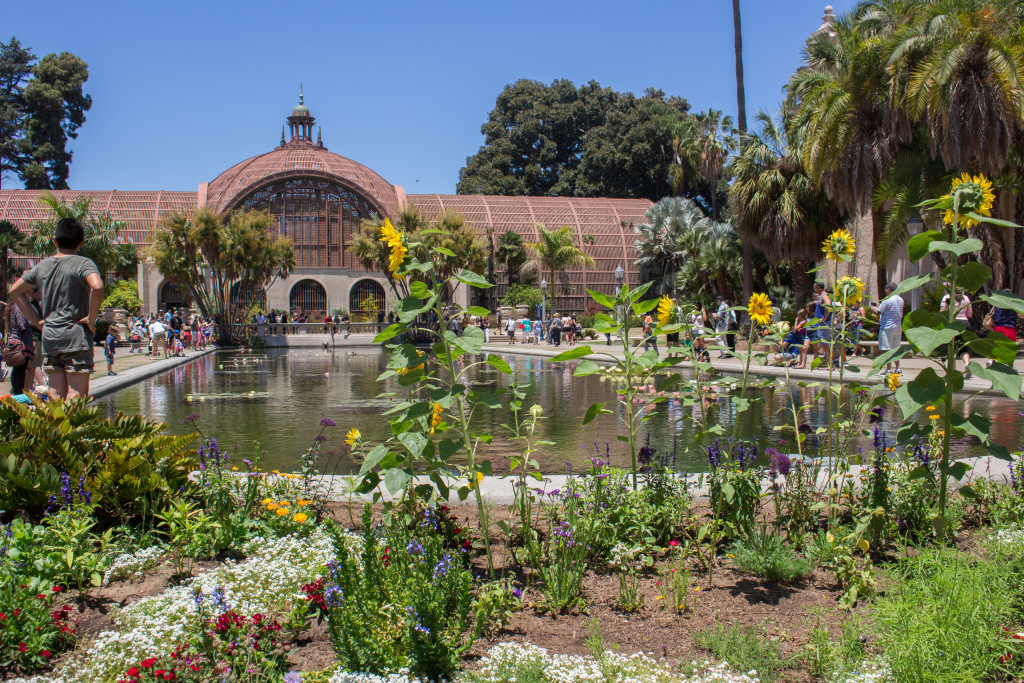 At the Museum of Photographic Arts, the universal human theme continued with their exposition, 7 billion Others. Over 6,000 interviews in 50 languages spanning across 84 countries were conducted to bring an overwhelming collective of human experiences. Some people shared stories that could be told by anyone, despite the background showing rubble or riches. Other tales were unique to a specific region, like those relating to war, famine, or economic prosperity. Some of my favorite questions answered were I’d seen this exhibit once before in Geneva two years ago, when I was fresh on my travels and hadn’t experienced life as an expat yet. At the time, I’d found the exhibit enlightening. Coming from a deeply patriotic culture, I’d categorized myself as an American in the forefront of my identity. But, like most people who venture out, I’ve found that I relate less to being American™ and more to being traits that I’ve found similarly within people of other cultures. After all, I have more in common with my German boyfriend and my Australian roommate than most people likewise stamped as American. Viewing the exhibit now, it stoked my desire to meet more people around the world.

For a bit of lighthearted fun, The Reuben H. Fleet Science Center, famous for the massive golf ball IMAX screens had a child friendly circus exhibit that included a tightrope walk. Being teenagers, I expected the tightrope walk workers to buckle us up in a zoned-out flat affect, haphazardly strapping us in and just wanting to get the day over with. Fortunately, the tightrope employees had an enthusiasm that rivaled Spongebob and his crabby patties.

I felt like I was crossing the Grand Canyon on dental floss. In reality, we were about five feet off the ground, strapped in, and participating in an exhibit with the target audience being a fearful eight year old and her helicopter parents. The entire science museum is geared towards germ infested kids and thus in need of a sanitizer spray down, but the movies IMAX are definitely worth viewing no matter what your age. 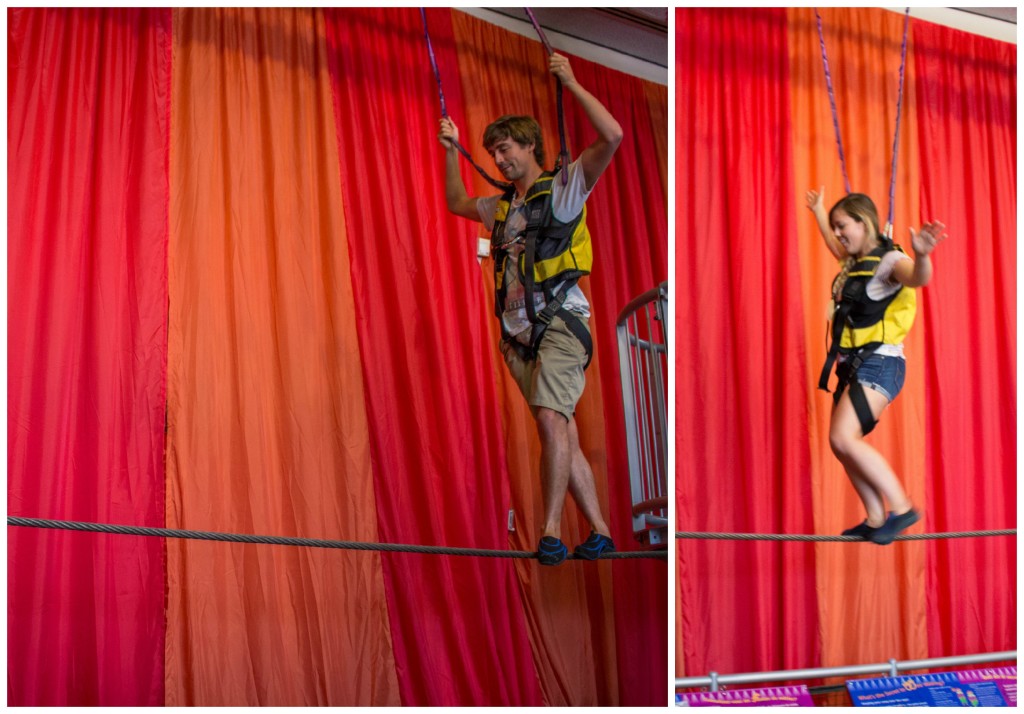 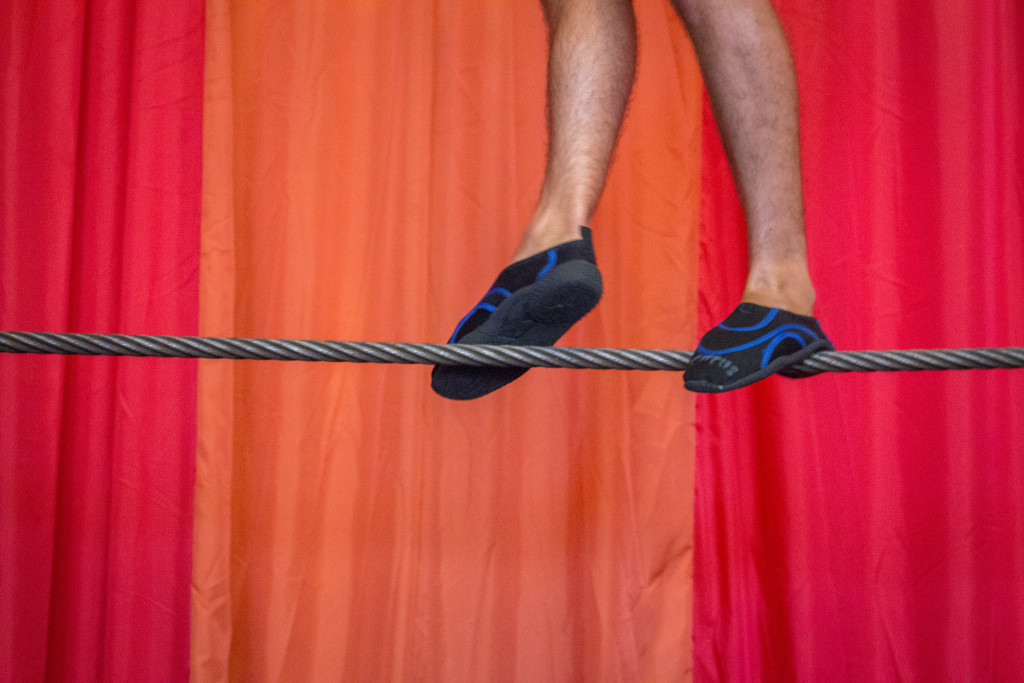 Made of half plastic, half radioactive dairy, and a dash of traffic-cone orange food dye, Moritz and I enjoyed a Californian delicacy of cardboard chips and neon sludge from one of the local food carts. Equal parts delicious and revolting, the thing that shocked Moritz most about the entire day was that this cheese could be considered food even by the loosest interpretation of FDA standards. We watched an overweight man rap impatiently on the food cart, urging the frail female worker hidden behind a display of stale popcorn to hurry up. She pulled out a water sprayer and spritzed his pretzel before adding approximately one cup of sugar on his already heavily buttered pretzel. “They sure do take their time around here!” he muttered to a mother wrangling her child in line behind him. She rolled her eyes sympathetically. The girl behind the counter finished sugaring his third pretzel before staring at the mother and asking, “what can I get for you?”

Yeah. Balboa Park is a phenomenal place to learn about the world, specifically the people that live in it. 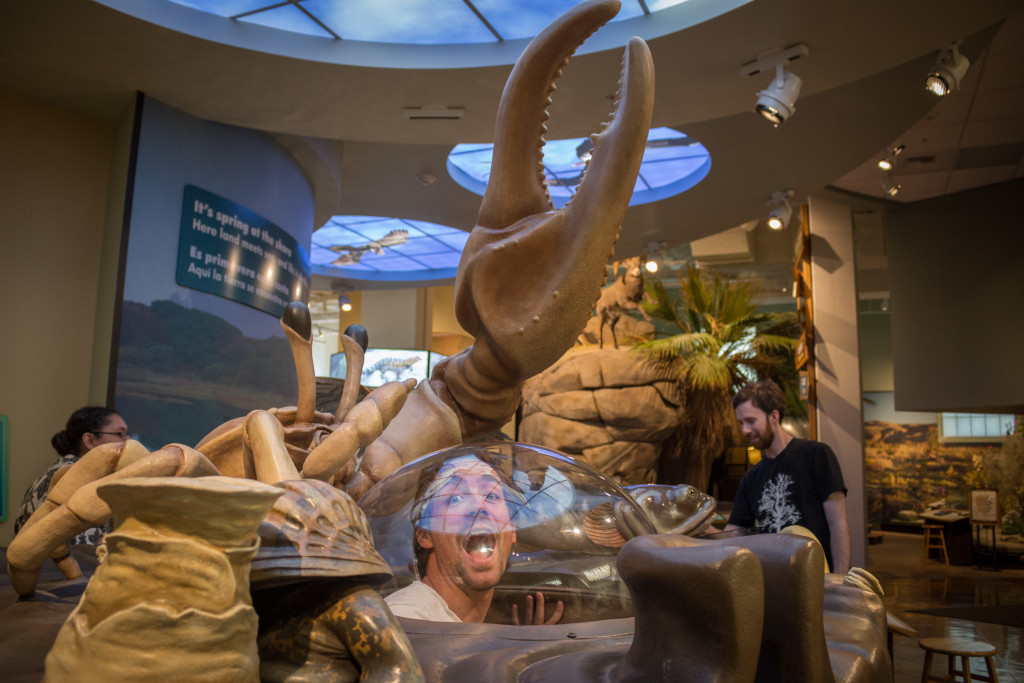 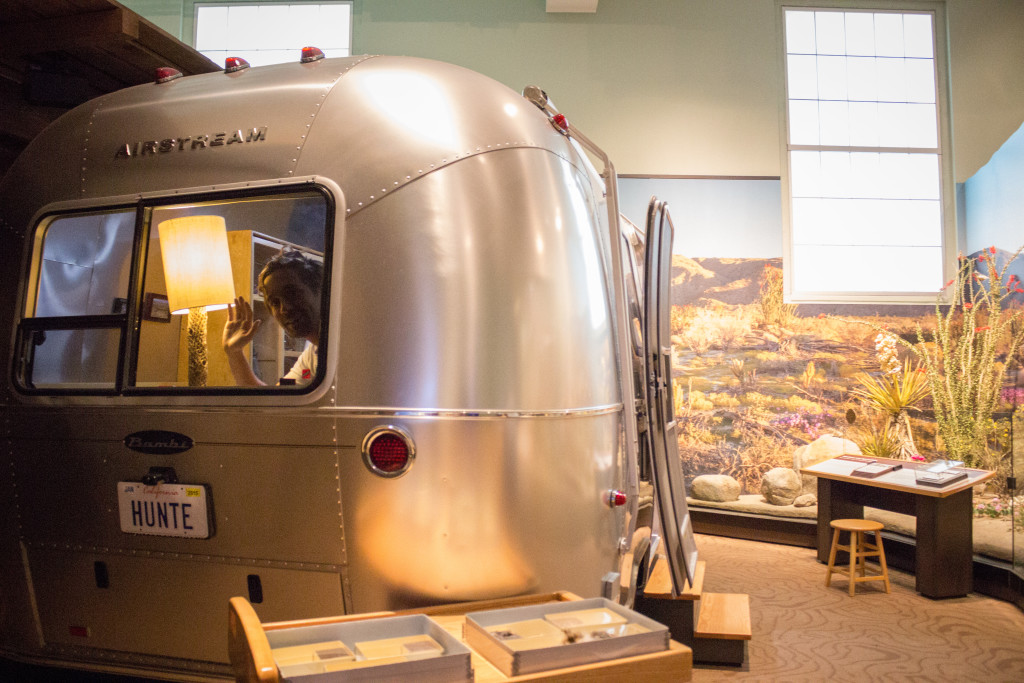 While these are just a few samples of my personal favorite exhibits, museums not mentioned, a variety of theater shows, and the art galleries are all worth a view as well. Believe me when I say you need at least two days to even skim all of what Balboa Park has to offer. 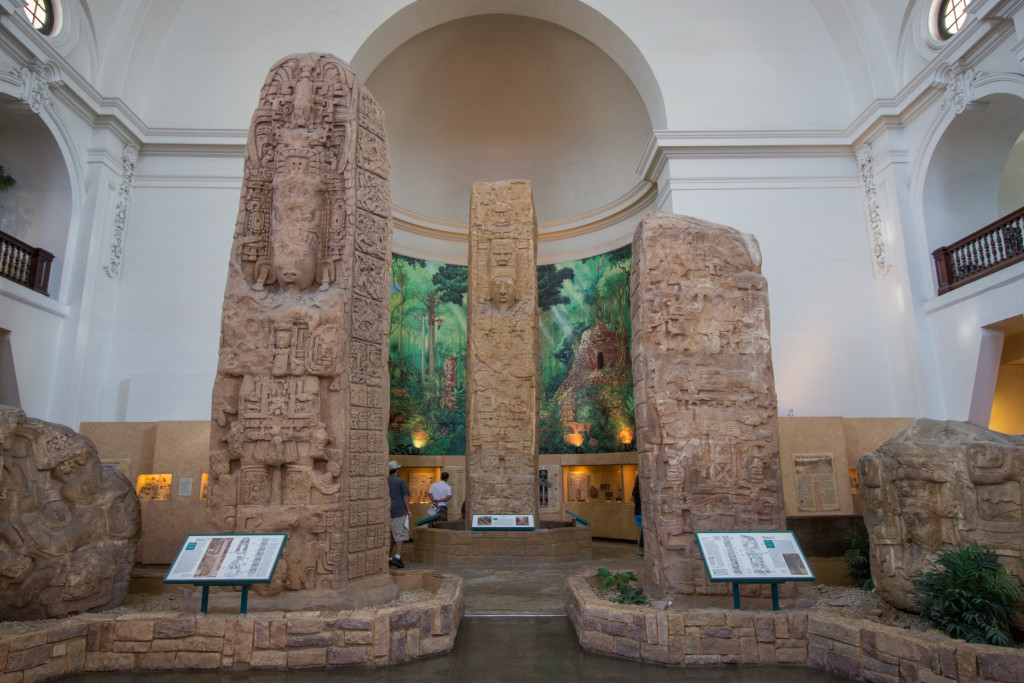 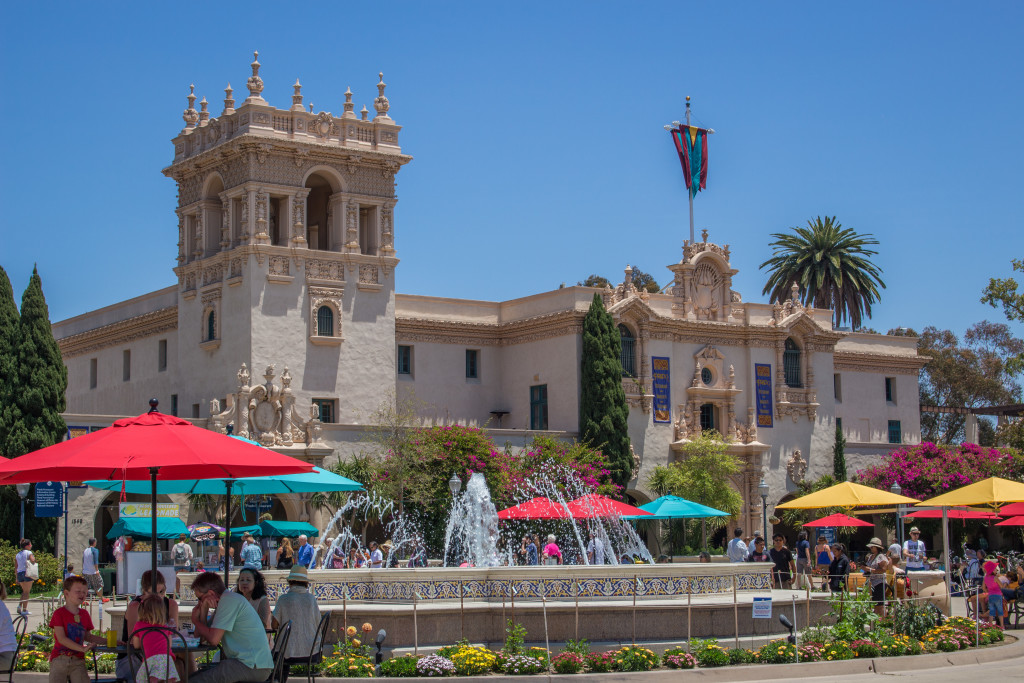 Balboa Park is located in the heart of San Diego’s downtown, near the San Diego Zoo. It’s easy to access via public transport and has a plethora of parking spaces to choose from and trams taking you from the parking lots to the main square. Museums are individually priced but for the best value I’d recommend purchasing the multi-day explorer pass for $55 USD. The single day is $45 USD. If you’re truly strapped on cash, still visit Balboa Park as there’s many free museums, outside performances, and parks to walk through without spending a dime. North Park is the best neighborhood to stay in if you want to see Balboa Park.
Where to Eat: Plenty of food trucks are in the area for your choosing. If you’re looking to toss back a cold one, the Panama 66 restaurant has a superb beergarden complete with sculptures. 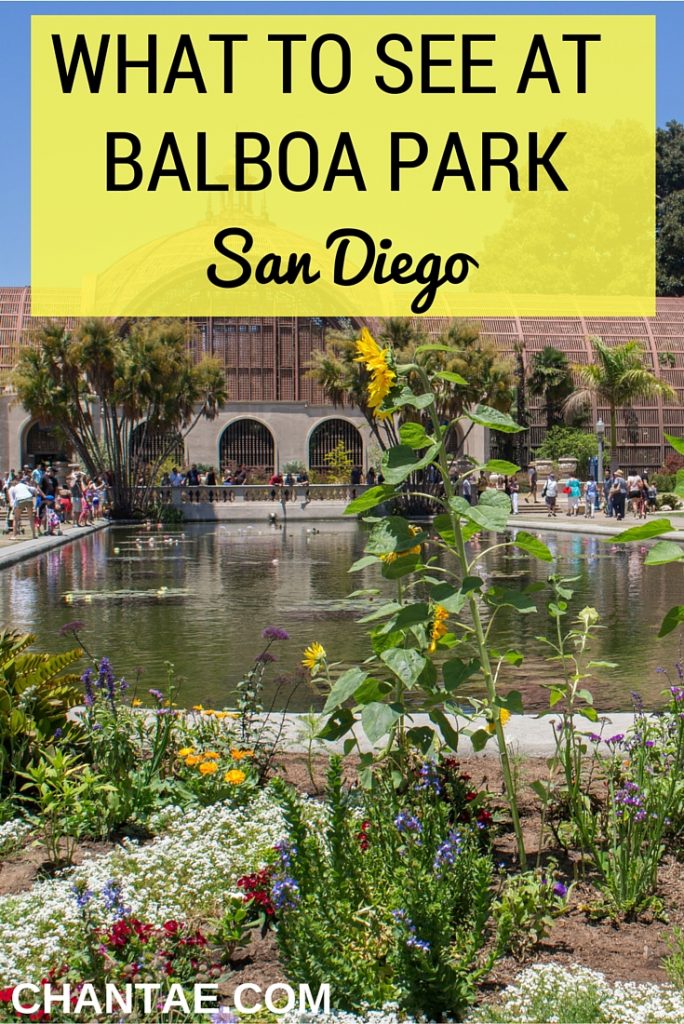 Admission to museums for myself and Moritz courtesy of a San Diego Tourism Authority media pass. Obviously, all opinions and observations are my own.