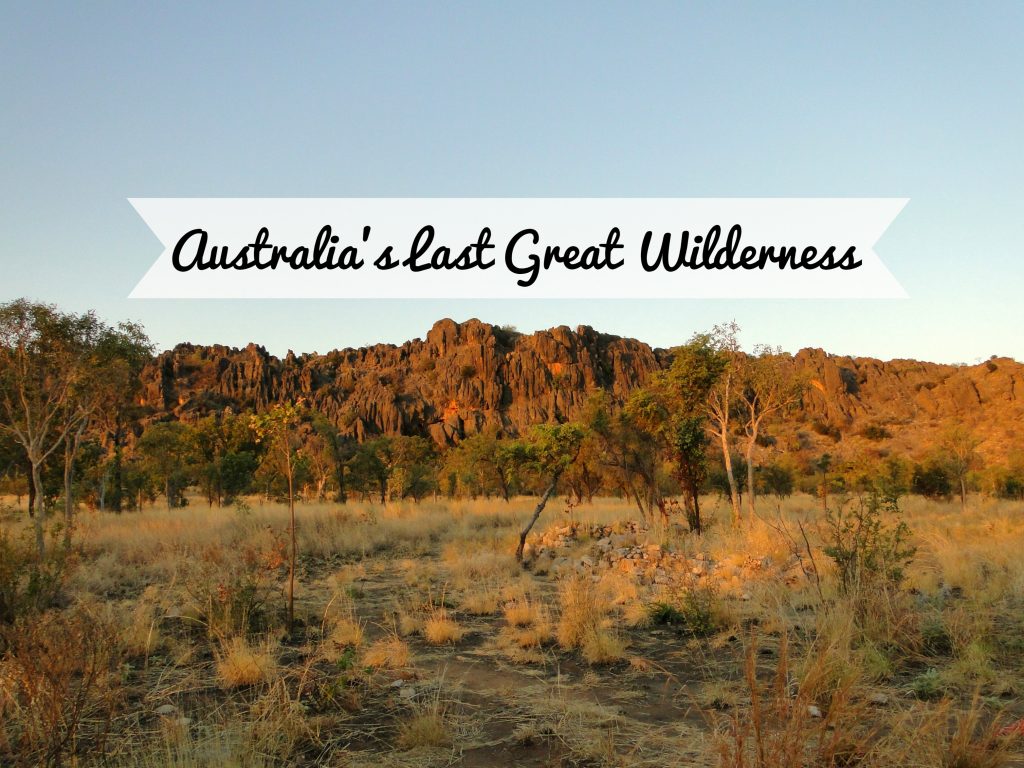 Swimming with Crocodiles in The Kimberley, Western Australia

I come from a litigious land known as California. There, children need permission slips to consume a school provided hot dog, swim tests are enforced before you can enter a swimming pool, and it’s not unheard of for neighbor’s to play a safety prep video before opening their homes to next door neighbor children. If someone slips on a banana peel, they pick it up and curse Monsanto before gathering witnesses and people for a class action law suit. Dentists even speculate that Californians sue more than they floss.

But here in Western Australia, you’re on your bloody own, mate.

Moritz, Birgit, and I went to the northern tip of Western Australia to explore the Kimberley region. The Kimberley is a massive amount of land that is over twice as large as England. To give some perspective on the sheer enormity and barrenness of Western Australia, we flew from Perth to Broome – over 1500 kilometers – and still landed in the same state. If we flew the same distance from Spain, we’d land in Poland. There are only 34,000 people living in the region, which mostly congregate around three main towns, Derby, Broome, and Fitzroy. It’s the wild wild west out here. Extreme temperatures, unfriendly crocodiles, venomous snakes, and cyclones make this region barely livable for the modern man.

So if you can let this sink in, you’ll understand why Kimberley totes the nickname of Australia’s last great wilderness. Our grandiose plans to drive through Kimberley were thwarted when our rental car agent told us, “No dirt roads. No beach driving. No going far.” She shoved a liability form under our pen before handing over the keys to the car.

Little did I know, this would be the only form we’d sign all week.

Heartbroken that our road trip plan wouldn’t fully bloom, we were left with only one choice: Take a tour.

I want to disclose that I support all types of travel. Tour bussing, backpacking, glamping, hitchhiking, whatever gets you out of your house and into the world. However, tour bussing is generally not for me. I like to wander and roam for as long and as freely as I wish — without being sealed in an airtight container with strangers of questionable hygiene.

In the privacy of our own thoughts, Birgit, Moritz, and I speculated on what the tour would be like. I envisioned a bus full of fussy adults, who repeated, “What? What? WHAT DID HE SAY???” in between frequent bathroom and snack stops. I could already feel my face pressed against the dirty window, plotting my escape. Worst of all, I imagined our white male tour guide spouting off passively offensive and ignorant comments against Aboriginal people.

When a group of older women decked out fully in makeup and white pantsuits boarded the tour bus with their husbands doting dutifully behind them, I censored myself from groaning audibly. We booked a day tour with Kimberley Wild Expeditions. The tour guide, “Big Dan,” introduced himself and began speaking. Captivated by the stories he told us as we drove along the long road ahead, I asked him to turn his microphone speaker louder. Throughout the rest of the day, he teleported our minds back to the days where Aboriginal people were the sole stewards of the land. My favorite was the notorious tale of Jandamarra, an Aboriginal skilled marksman and clever traitor who led one of the largest insurrections against English settlers to date.

I could tell that Big Dan was passionate about the history of the region and had a strong sense of cultural awareness. So, maybe my worst fear wasn’t realistic after all.

We stopped at the infamous Boab Prison Tree. Boab trees are iconic for this slice of Australia, and Aboriginal dreamtime stories explain that the tree was once proud and boastful, overshadowing all other trees in the land. The bullied trees went to the creators, and asked that the boab tree “be taught a lesson.” As punishment, the creators uprooted the arrogant tree and returned it to the earth upside down.

This particular 1,500 year old boab tree has a dark history. In the 1890s, settlers used it as a prison to hold detained Aboriginal people on their way to Derby for sentencing. My eyes widened as we trekked through Windjana Gorge, where our guide pointed out an ancient fossil and told us about freshwater crocodiles. Apparently, freshwater crocodiles are known as “friendly freshies.” It’s the saltwater ones (who also live in Kimberly) you have to look out for. When a tourist had to be rescued from camping in the Kimberley because a crocodile was stalking him, local Australians simply dubbed him “a bloody idiot.”

“Stay about three meters back. If you don’t know how much that is, stay four meters back. The people who have been attacked… well, they deserved it. If you need me, I’ll be back at the bus preparing lunch.” With that, Big Dan set back on the trail and left the tourists to fend for ourselves.

In no exaggeration, over fifty large crocodiles with razor sharp teeth sunbathed on the banks of the gorge. There were no handrails, signs, or other people around. Purely us and the lazy crocodiles in nature. To say that this was an incredible experience for me would be a massive understatement. The previous day, we visited a “Crocodile wildlife park” and expected to see the ancient reptiles in a sanctuary setting. Horrified, we watched one of the park keepers pick up a wriggling baby crocodile, hold it out to the crowd, and say, “This little fella is gonna be a handbag one day! An expensive one too!” He tossed the taped-mouth crocodile into the crowd. My jaw dropped as it was passed around with the gentleness of a hacky sack. Moritz and I demanded a refund from the park, and were met with a look of confusion. “Only some of the crocodiles here are in a sanctuary…” a female park keeper explained, “the others are back in the farm, but don’t worry, you won’t see much of them.” Reluctantly, she handed back our entrance fee, and we spent the day somewhere else. In contrast, seeing the crocodiles unmolested in nature was priceless.

After a healthy and buffet style lunch, my mind switched into appreciating the tour for what it really was. Now, I didn’t have to worry about being our navigator, and getting lost for hours on end like I’ve done before in this great state. Without any signs or information plaques, Big Dan filled us in on the rich history of this seemingly desolate part of the world. As kilometers ticked by on the bus, I found myself eager to listen to the next story during moments of silence. He didn’t talk to us like brainless idiots as overregulated tours tend to do, and he relieved us of any release of liability spiels. Just us and the bus… on the great Gibb River Road! By this time, red dust had settled into every crevice of our being. I constantly eyed the ladies in pantsuits to see if they would crumble under the stress of uncleanliness. Imagine my surprise when Big Dan led us through a dark tunnel creek, where some parts had us wading through knee high water. My damsels in white-dress simply rolled up their pants, and trudged on. As we made our way through the creek, darkness enveloped us. We were able to see natural springs, stalactites, and mirrored water through the steady beam of our flashlights. In all of its untouched glory, it was such a different experience than the audio tour we’d gone on through Mammoth Cave nestled in Margaret River. Fruit bats and carnivorous ghost bats curiously peered down at us from the roof of the tunnel, clumped around each other in the hundreds. Throughout the creek walk, Big Dan informed us of more crocodile facts.

What’s he going on about with these crocodiles? Surely he’s pulling our leg, I thought. What happened to the three meter rule? We can’t even see our feet, nevermind a crocodile.

Just as we were a little more than halfway through the tunnel, Big Dan’s beam caught the light of two pairs of eyes staring at us from just above the water. Crocodiles had been in fact, in the tunnel, the whole walk. As we got closer to them, their eyes disappeared into the black water. The sunlight blinded us as we emerged from the creek and the walls opened up to a watering hole. Before I could put my camera down, the golden girls were already stripped to their bathers and swimming in the water.

When one of them asked the other, “I thought you were afraid of crocodiles?” She responded, “Yeah? So?” I interjected, “Well… where do you think the ones in the cave come from?” The lady looked from the cave, and traced the crocodile tracks to the water she’d been swimming in. A chuckle was her only response. We watched the sun set over golden grass, and admired the purple and pink hues cast onto the gorge. As the red dirt cooled off, kangaroos lined the road and watched our bus head back to civilization. Exhausted from the day, I rested my head against the window and let my thoughts wander…

I wonder where I can buy a pair of white pants?