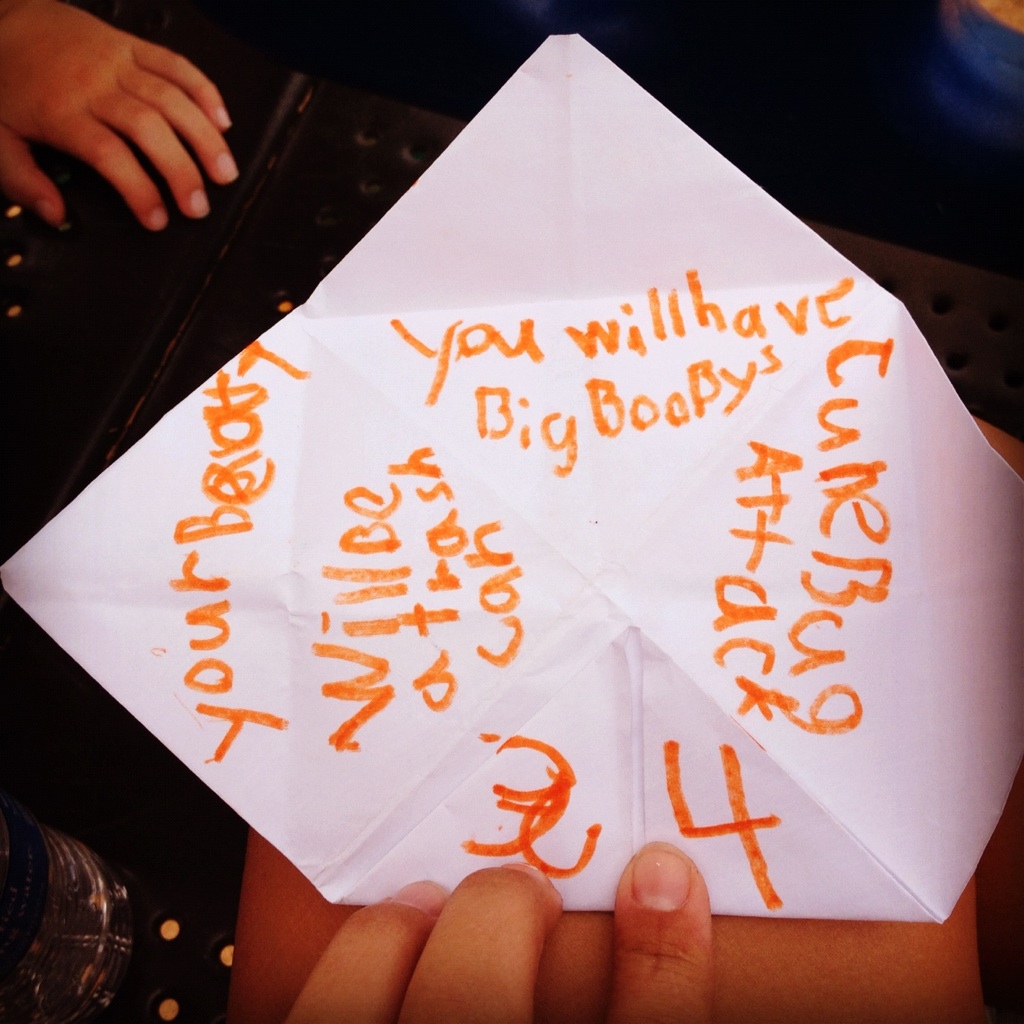 What Happens at Summer Camp? A Typical Day

Anyone who knows me well knows that I have a serious This American Life addiction shared by a few of my best friends. There’s one episode they released in 1998 called “Notes on Camp” and it sort of inspired this now to be weekly series on my life as a YMCA summer camp unit leader. It’s my third week working this summer and I need to document all the ridiculousness that happens when children are set free from school and put under the control of college kids. Hopefully this answers your question of what really happens at summer camp?

A typical day of camp is as follows:

8:45 a.m. the camp children arrive at camp with their parents who release them into a big field and basketball court that is gated off by baby gates on steroids. There are about 7 porto-potties that are splattered with yesterday’s expired salami explosion, and you couldn’t pay any of the already underpaid counselors to step foot in one. On really hot weeks, the porto potties are especially stench filled due to the baking action that happens. The children drop off their backpacks in their designated areas and go pretty much buckwild until a summer camp counselor blows a whistle and calls…

9:00 a.m. Morning madness. Morning madness is when the summer camp counselors lead a game and song, and about 1/2 of the children participate in good spirits. The other half of the children look legitimately concerned for the counselor’s sanity, or really angry (this separates the “morning people” from the later risers). Some of the more cynical children call this part, “morning sadness.” Bu du chhhh.

9:10 a.m. Roll call. Camp kids think it’s a real knee slapper to yell “HERE” when an absent child’s name is called. Cue panic mode when I’m doing a headcount and the “absent” child is missing. Usually instead of yelling, “here” I have campers say a word that will describe our week. “STRIKE!” for bowling (and depending on how the kids are doing, this could apply to baseball as well…), “SURFS UP” for surfing, and “I PROMISE TO BEHAVE!!!” for a more rowdy camp. Kids who love any chance they can be in the spotlight spend the entire time thinking of a winning one-liner.  Constant one liners are, “not here! leave a message, beeeep!” “SPONGEBOB” “what???” or “that’s my name, don’t wear it out!!!”

9:30 a.m. Boarding the bus and arriving at the destination. Almost all of the summer camps are out somewhere in San Diego — the beach for surf camp, a waterpark for waterworld camp, the zoo, etc. The bus is a pretty relaxing part of the day unless you experience a “puke chain” — particularly common in the younger summer camps. This is when one camper in the front or back vomits, and the sound/smell/feeling makes someone next to that camper vomit, and it continues on and on until all the counselors have their heads out the windows and the children are crying hysterically while spewing out chunks. This also happens when children bring cute little clams home from the beach, forget about them over the weekend, and open their backpacks to a clam death surprise!!! It should also be noted that almost all the children request to board the “Bluebird bus”… the Rolls Royce of mass children travel.

Benefits to the puke train: campers aren’t allowed to share food. If one child brings a box of cheez-its to camp and 1/2 of the children vomit neon orange sludge… it’s pretty reasonable to say that some were delving their nubby little hands into that cheez-it box.

3:45 p.m.:  After we go back to the land of porto potties… parents come to corral their offspring. This is the time I’ve witnessed miracles. Kids who’ve been known to stab others in the chest with wood chips sharpened on the pavement turn into little hippy angels around their parents.

And that concludes the traditional day and procedures of camp.