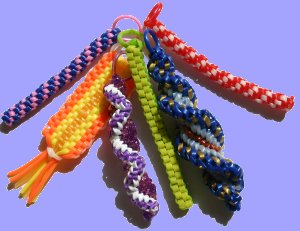 Last week I ran Splash Camp which is basically a group of 5 to 12 year olds. It may not seem like a huge age span, but it is. You have kids that need help going to the bathroom and kids who want to talk about puberty and have the Bieber-fever (correlation?). Getting these same children to play the same game fairly? Quite difficult. A 12 year old can kick a ball hard enough to lay out a 5 year old and knock out a few baby teeth prematurely. Here are my favorite funny camp stories that happened this week.

One of my campers, a 12 year old, really wanted to Irish dance for the rest of the campers. Part of me was hesitant to comply with this request — she had no idea how short the other children’s attention spans are! The rest of me was ecstatic at the thought of a break from constant planning. The other campers circled around her after she put on her Irish dancing shoes… and clapped as she danced around. The kids LOVED it! It started this huge trend where every child wanted to come up and display their “talents.”

A boy who is obsessed with The Titanic — literally obsessed sort of bounced around with his legs kept straight and swiveling around randomly. I feared he would topple over and give himself a concussion because he looked as though he was getting electrocuted over and over and over after his body had set into a rigor mortis-like stiffness. He swore that his dance was an exact replica of the dance done in The Titanic… nobody remembers the river dance in Titanic but it was entertaining nonetheless.

Next came my favorite duo, two five year old friends who I like to called the “nuggets.” They stepped into the circle and one nugget began to beat-box with his hat tilted sideways, sunscreen streaked all over his face. To the beat of the spitty beat box,  the other nugget began break dancing by spinning around on his rotund little belly. They continued to randomly break dance throughout the rest of the week with unbearable cuteness.

Another girl sang the theme song from Arthur. I smiled nostalgically at the familiar tune but also wondered how such a bad theme song had stuck around for almost 20 years.

Then there was… the wizz incident.

The bad thing about 5 year olds is they tell you when they have to use the restroom… after they have most likely already used the restroom in their clothing. We went to the beach on Friday and I was beginning to get suspicious after seeing a few children digging holes in an isolated plot of sand within our cone boundaries… soon to be covered up and accompanied by a sewer-like smell.

To the children’s defense, we were over a five minute walk away in the hot desert sand to the gnarly bathrooms. Finally, a few girls told me they had to go to the bathroom NOW, and that it couldn’t wait. A fellow counselor took the girls to the ocean to do their business… when a 5 year old boy catches wind of what’s happening and decides to join.

Before any counselor can stop him, he pulls down his Finding Nemo trunks and begins to go as well. Thankfully a counselor was able to catch him before any other campers caught wind of what was happening… but one girl may have been hit by the stream. May have.

One child came running up to me bawling his eyes out. I asked him “what’s wrong?”

He put his little nub fingers up to his face and outlines a circle on his cheek the size of a penny.

Sunburns are the most frustrating to deal with at camp because I only order a million sunscreen application commands per day. “Okay little dudes! Before we get off the bus/go to the park/go to the bathroom we’re going to put on sunscreen and have a snack! Remember! Your sunscreen is not your snack!”

They resist putting on sunscreen–willing to endure the worst 3rd degree burn in exchange for one minute of laziness. I’ve tried every tactic, smelling them, looking for the shine, nothing was working. Smelling them got weird after one child yelled, “SMELL MY FACE!” and winked at me.

Suddenly, it clicked. I ducked into a corner for a minute and squirted a dollop of sunscreen in my hand.

“Okay campers. If you want to swim you must have your swim dot or your warrior streaks!” The kids lined up and I painted their faces with lines of sunscreen and swim dots… The pastier the kid, the more he or she was warriorfied with sunscreen. They loved it and proudly touted their sunscreened faces. The next day they lined up without prompting, solemnly waiting for their war paint.

This week, I had Waterworld Camp — and was able to work with my favorite age group (9-12) because this age generally understands sarcasm and we can move from conversations about whether dogs or cats are fluffier and onto a more existential type of conversation–such as do humans really not remember being a baby? Or was life so boring as a baby that it’s not worth remembering? Obviously riveting and mindblowing discourse takes place when you get to ages 9 and up.

Monday, we went to Knott’s Soak City and my group, named “Not Afraid” went straight to our favorite ride — the “Drop Off”

Note: We changed the name to “Riptide’s Crew” after my kids turned bright red because I yelled “Not Afraid group! Gather here!” in front of teenagers — Riptide happens to be my camp nickname…but the five year olds call me “Miss Reptile” -___-

When you go off the Drop Off, you’re instructed to cross your legs and arms. The ride is a vertical slide that bottoms out at the end.

I watch the first camper go down the slide and wince because his legs are completely spread open and there is a stream of water shooting straight up from the force of the water funneled between his legs. He gets to the bottom and is shrieking… after a few seconds of wincing and adjusting his shorts, he waddles over to me in obvious pain.

“That was the biggest wedgie I’ve ever had.”

He catches his breath and a few more children survive the Drop Off.

Then I hear, “WE GOT ANOTHER SPREADER!” Once again, another child has his legs spread to a 45 degree angle and the plume of water is making its way down the slide.

This child too waddles up to me and says, “I haven’t felt that since I was like four!”

I didn’t ask any questions.

He continues, “…when my grandma gave me an enema!”

The elastic had stretched out in his shorts from all the water going through, he had to hold his pants up with both hands. He bonded with the other spreader, they waddled their way together throughout the rest of the day–sharing the aftermath from the experience of the atomic wedgie.

We went to the beach and a few of the younger children were staying on shore to build sandcastles. I’d ask if they needed help, they all said no — obviously wanting to work as independent builders. I grew bored of simply watching them while the other kids splashed around in the waves. Every once in a while, a child who had been to Aquarium camp at another company the week would before would come up and show me a molting sand crab, a pregnant sand crab, bubble algae, barnacles…. etc.

I called the children in the sand one by one and asked, “do you know about the secret mission?”

“Okay, that’s all I needed to know. Thanks! You can go back and play now!”

“What do you mean secret mission!?” they’d all ask… as their eyes grew wide with interest.

I’d make them pinky swear they’d never say a word to the others about the “secret mission” and began to put each one of them in charge of “different investigations.”

I told one child that there was a secret black market of sand crab dealing going on at camp. Children were sneaking sand crabs back to camp’s ‘home base’ and exchanging them for rare colors of lanyard string.

After I told one child this, I could see his brain working to start putting clues together. He immediately named a child he thought was the dealer — a young brunette girl with big green eyes, because “she really liked lanyard string and her mom won’t buy it for her at Michael’s.”

“That’ll do for now… thanks for your help.”

He walked back to his sandcastle and suspiciously watched the Aquarium camp kid innocently digging up sand crabs from the corner of his eyes.

I continued a similar mission for each child — making each mission different. I need to find the kid who buried my binder, didn’t put the lid on the sunscreen, stole a cone… at random parts throughout the day I’d yell, “Secret investigators! How’s your mission going!?” and they’d put a thumbs up. The older kids looked confused but shrugged it off.

When You Just Can’t Hold it In

A few of the campers began to get in a water fight using the water from the cooler. I made a rule that the water fighters couldn’t get more water until they finished the water that was in their bottles. A few of them began chugging their water and asked for a refill… well, they began fighting once again. I yelled, “CHUG!!!” They chugged two more bottles.

The bus came and after ten minutes the boys began to whimper. One screamed, “I NEED TO SQUEEZE MY LEMON!”

We still had twenty minutes left until we got back… Their knuckles began to turn white from clenching the seats.

I stood up at the end of the bus ride and decided to do a few annoucements. I started my speech, “Okkkkayyyy we’re going to go over the best parts of our week and reminisce for a little while!”

The water chuggers screamed in uproar, “YOU CAN’T BE SERIOUS!!!”

“Anyone want to tell me about their favorite part of Monday?” I asked.

The chuggers were getting seriously angry and started making their way towards me.

I finally let them go, they beelined it to the porto potties at lightning fast speed dropping their backpacks off as they ran. One child almost fell because he turned a sharp corner too fast. A few parents who were waiting for their children laughed at the scene.

Finally, we were talking about good things to come. One 10 year old boy says, “next year… I’m gonna start puberty and it’s gonna be flippin’ awesome!”