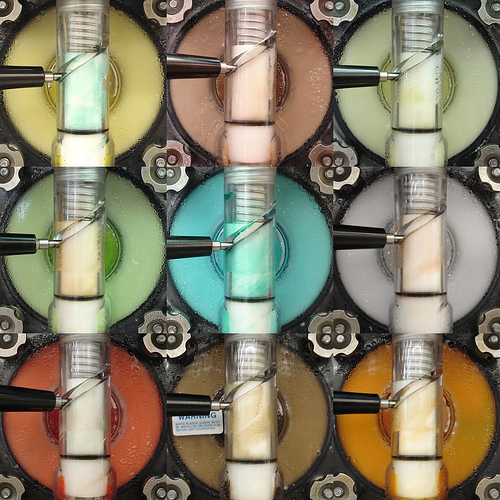 I’m starting a weekly blog post that harvests the best moments of camp from that particular week (except for this week, I’m on vacation!). I’ve already explained the general gist of a typical day at camp. The following stories and quotes are an accumulation from my first three weeks this summer: Bowling camp, surf camp, and water world camp. Without further ado, here are my favorite funny summer camp stories.

Quotes and Stories from Campers:

“I was late to camp this morning because mommy and daddy got in a fight. Daddy got an eharmony account!” – 9 year old girl being checked into camp.

“If you play hard to get you’ll be able to share a slurpee in no time… out of the same straw, like I have.” – 11 year old boy’s advice on obtaining true love.

One of the other counselors was hosting a sandcastle competition and one of the kids was slaving away at his castle (“Seaweed Paradise”). Five campers start sprinting towards me screaming to go help the little builder. He was laying on the ground kicking his legs everywhere. There was a bee that stung the top of his foot and the bee refused to get off, stinger ingrained in his skin. So I tell him to stay still and while I got the stinger out, and he screamed… “WHAT EATS BEES! WHAT ANIMAL EATS BEES???! I HATE BEES AND IM GONNA ASK FOR AN ANIMAL THAT EATS BEES FOR MY BIRTHDAY JULY 23, I HATE BEES! IM NEVER EATING HONEY AGAIN!!!”

A 6 year old girl came up to me with curly blonde hair and big green eyes and asked, “Do you have a brother?” I told her I had a step brother. She asks, “Do you ever just want to…” and placed her tiny hands around her neck and her eyes started to bulge out, “strangle him? Like DIE DIE DIE STOP MOVING JUST DIE ALREADY!!!… ?”

We ventured to the the waterpark a few days this past week. I was starting to get concerned because none of the boys asked to go to the bathroom for the entire day and began whispering about “yellow rivers.” It didn’t help that I saw a few questionable brown streaks on the sides of some of the slides. I literally sensed the conjunctivitis starting to set in. After a short and awkward talk with the campers about making sure to take bathroom breaks, a 10 year old blond boy puts lifts his raft up so that his face was in the middle of the hole, and a puzzled look sets in…

“If they didn’t want us to pee on the rides, then why did they shape the rafts like huge toilet seats?”

The kids wear highlighter yellow rashguards whenever they go into the ocean. Rashguards deserve a whole other post in itself because there is a lot of manipulation amongst the children that goes on in order to get one that doesn’t smell like the urine filled corners of a subway station. We got a new shipment of rashguards this week.,. but unbeknowngst to me, they were about 3 sizes too small for even our smallest of campers. Let’s just say the children who put the rashguards on before snack time breathed much easier than those who waited until after snack time to put on their second skin.

“SUCK IT IN!!! SUCK IT IN!!!” I screamed as they struggled and gasped for air slipping on their rashguards. An eight year old whines, “ugh. These feel like Spanx.” How an eight year old knew what wearing Spanx feels like? I have no idea. I then called out, “If Beyonce can wear Spanx to the Grammys, you can wear these rashguards in the ocean.”

The “Spanx affect” warranted different reactions from different kids. One 10 year old boy screamed, “I feel so skinny!!!” while running around with his stomach sucked in. Another 9 year old girl looked down at her stomach and said, “I don’t like how it pinches my fat. I feel chubby.”

I host a series of “Would you rather?” questions whenever there is a free minute to simply relax with the kids (usually on the bus, during snack, in lines). I asked the children if they’d rather find true love or eat a 100 foot long fruit by the foot. The children unanimously voted for the fruit by the foot and one child chimed, “because it’d definitely be longer lasting.”

I’d also like to note that children have a solid vote on if they would rather eat cat treats, dog treats, or rabbit pellets — they claim their opinions are based on experience.

There are these things called lanyards at camp–a series of stitches made with two plastic strings that makes a long chain. Lanyard culture is huge and there’s a heirarchy of lanyard artisans. The first time campers basically tie knots and make the rookie mistake of calling them “lanterns.” Seasoned campers know how to make them “twisty,” three stringers, five stringers, and I once saw an eight stringer twisty back in the summer of 2010. They’re kind of a big deal. The older kids hunger for more string, doing whatever they can to get their little nubs on the latest colors. Some children give their lanyards away to their favorite counselors, a coveted token of appreciation second only to silly bands. Just for the record, I’ve already been given 6 lanyards this summer. One was even a twisty.

I’ve figured out how to harness this lanyard hunger by implementing what I like to call, lanyard confessionals. On Monday and Tuesday I had the children tell me a rule of camp (listen to the counselors, hands to yourselves, no putting body parts out of the bus windows). Then, by Wendesday, I have them confess a rule they broke that they vow never to break again. It’s interesting because some of the children who break the biggest rules always casually drop a small rule they broke. For example, one kid stabbed another in the chest with a woodchip but will confess he needs to stop talking whenever the counselors are talking -___-. For others, it’s the opposite. I’ll ask what rule a seemingly angelic kid needs to work on and he’ll confess that he basically windmill kicked Jimmy in the face and told Jimmy that he’d kill him if Jimmy dared speak a word of the incident. My favorite confession is from a camper explaining that when his buddy asked him to put sunscreen on his back, the the confessor wrote “U SUK” with streaks of sunscreen but “quickly rubbed it in.”

Lanyard confessionals are a really great way to figure out what’s going on at camp.

Out Of Order… Means Out of Order

One day, we had to spend a few hours at “Home Base” — a field, basketball court, some picnic tables, and about 7 porto potties. One of the porto potties was out of commission. We knew this because in children’s handwriting, an “Out of Order” sign had been taped onto the front of it. This was legitimate enough because children will pretty much weather any fecal storm — when they agree it’s out of order, it is out of order. While we were at Home Base, a septic tank on wheels pulled up while my children were playing “Pacman Tag” on the basketball court. A burly man comes out with blue gloves with mysterious brown stains on them. I didn’t want to think about it for too long and prayed he wouldn’t offer to shake my hand. He looked at the porto potty, looked at the kids, and asked if there was another time he could come back because it’s “not safe” to fix the porto potty with so many children around.

His words made my imagination go wild with images of feces splattering my harmless little youngin’s playing together peacefully on the basketball court. Still, I knew I could use this information to my advantage. I told the children that since they were so good, the porto potty was going to get fixed another day and that they wouldn’t get rained upon with… you know what. My message had the underlying threat that if they were bad, the poop shrapnel would return another time while they were there. The children cheered “HIP HIP HOORAY!!! HIP HIP HOORAY!!!” (with a little help from the counselors) as the septic tank drove out of the parking lot.

This summer we also received splinter removers in our first aid kits. They’re kept in small packages and I didn’t want to waste one by opening it and seeing what they looked like. I was legitimately unethically happy when my first camper came running to me with a splinter in his hand because I finally had a chance to use one of these bad boys.

He sat in front of me while I told him, “I’m really excited to use this on you! I’ve never even gotten a chance to see what it looks like before!” He started laughing and curiously looked into the packaging. A shocked and scared instantly took place on his face when he saw my pull out a metal disk with a small, sharp, knife-like point on the end of it. His eyes grew wide and he pulled his hand away lightning fast… “my splinter doesn’t hurt anymore. Can I please go play back on the playground? Please, please, it doesn’t hurt anymore!”

Sadly, I let him free with a band-aid over his splinter and had to wait an entire week before the next child got a splinter… actually, I got a plethora of children with splinters thanks to the stealth thorn patch hidden in the grass at the waterpark! My splinter removers were put to good use that day!