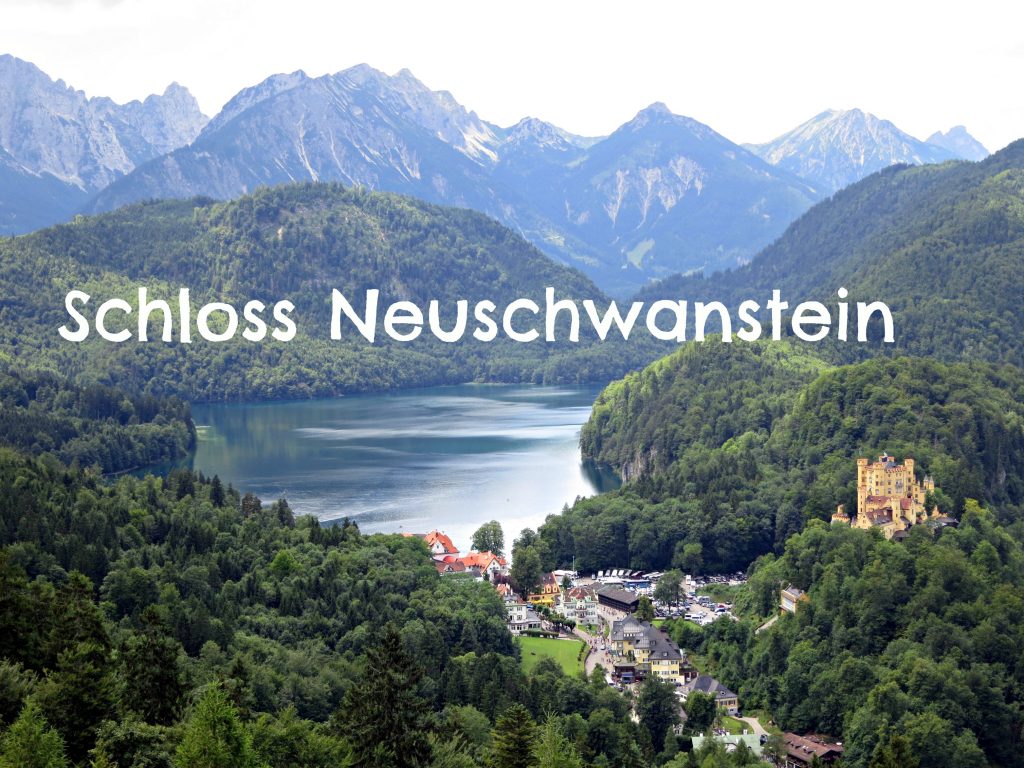 There are some people in this world who have a “spirit animal,” an animal that encompasses the soul of those people. For Moritz, it’s a seagull – the water bird that always squawks for more food. For  me, it’s a flying squirrel – the graceful rodent that trapezes between places with ease.

For Ludwig II of Bavaria, it was a swan – the delicate bird that exudes grace and peace. This would be a swell spirit animal for the dear chap if well, he was in fact graceful or peaceful. However, Ludwig II was more of a recluse, and was more interested in spending money by developing Bavaria’s architecture and cultural side rather than muddle in affairs concerning politics and defense.

Still, he’s well regarded by the people who live in Bavaria and can still view his beautiful palaces and museums.

Moritz and I journeyed to Schloss Neuschwanstein, Ludwig II’s personal refuge built in 1892, arriving early and looking for ways to kill time. The obvious way to do it – harass other tourists. We photobombed. We startled people. And worst of all, rushed through a mob to get this picture taken of us. Finally admitted, we gathered in the herd of tourists and were shown around the palace. The tour guide’s voice and presence was a bit dull, so I allowed my mind to wander as we passed through each swan-adorned room. As majestic as the palace was, I couldn’t help thinking what is up with all of the swans? I understand that Ludwig II had a name to live up to – it takes work to be known as The Swan King – but surely swans on the wallpaper, carpet, and linen was a tad bit of an overkill of the motif. With their beady little eyes, I felt the flocks of swans throughout the castle peering into the back of my head.

As we passed his bedroom I thought this is where he would have downloaded The Black Swan illegally with German subtitles.

Does he have an ethical stance on goose-feather beds?

The tour guide’s voiced droned on as I secretly snapped blurry photos of the palace. There’s a reason this beautiful castle was the inspiration for Disney fairy tales, it oozes magic out of every brick. Especially when coupled with this view. At the end of our tour, I couldn’t help but feel sorry for King Ludwig II. His whole life seemed a bit sad. After spending a copious amount of money building this amazing palace, he never shared it with anybody. Apparently, the waitstaff were instructed to keep away from him and he never married. After just 176 days living in his palace, he was arrested and detained in a mental institution. Shortly after being captured, he either committed suicide or was shot in the back trying to escape (history is unclear) – his body only discovered at the bottom of a lake. In all seriousness, it seems as though he lived in his imagination to escape deep unhappiness. But of course, that’s just my speculation.