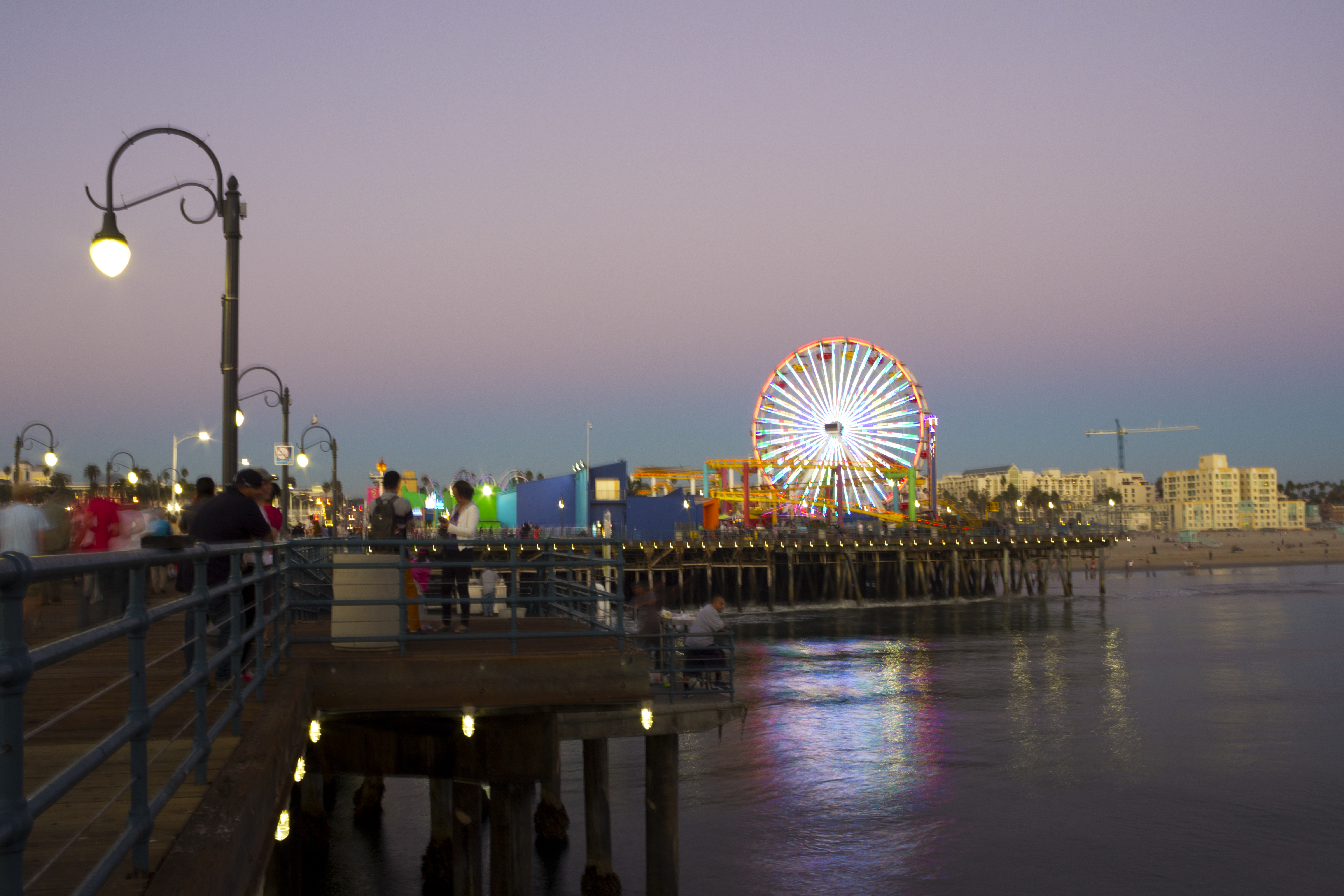 Ferris wheels are uniquely human. We use the power of mechanical invention to create something that will simply take us around and around in the confines of a small carriage. Unless built extremely poorly, where every crank around has bumps and falls due to the missing bolts, Ferris wheels provide very little thrill. Slow moving, stopping frequently… yet we pay to ride them anyways! Allowing them to become iconic of carnivals and pier attractions. They’re very bizarre and I’m pretty sure no other creature does something quite like it.

Sometimes, I imagine the wheel getting spun too fast, coming off of it’s hinges, and rolling along the pier threatening to crush any tourist or lovebird in its path like a mechanical typhoon while everyone screams in horror.

So when Anthony told me we were going to go on the Ferris wheel last week, I tried not to let my imagination get too buckwild.

We bought our tickets and stood in line, awaiting the thrill of the ride. I began getting antsy watching the people go around and around and around… with couples cooing and snapping self taken pics of their gooey kisses.

In line, there’s a green screen where you take your picture before the ride and the amusement park photoshops the Ferris wheel carriage into the picture. What a rip off! 1/2 of the fun at any ride is posing for the camera at the top of the drop! The best is when you can con the camera into displaying something inappropriate on the viewing screens after the ride is over — I know I’ve scarred some grandmas and children at Seaworld for sure (oh, FYI — if they catch you, they won’t put up your picture, it will say “This photo has been washed away”). Despite the conspiracy, we smiled our little gargoyle grins for the camera anyway. I wish I would have planned our picture better, with me standing on the edge of the carriage and Anthony screaming, “noooo! don’t do it!!!” But oh well, maybe next time.

Turns out the company lost our photo anyway — all the more incentive to pose horrifically next time.

The best part (after these amazing views)…

Thankfully neither of us chummed the water and were able to walk in a straight line down the pier afterward as the sun set.

I highly recommend buying a churro afterward — they’re pretty delicious. I call dibs on the ends!

After, shop on the promenade and grab a slice of pizza at Stefano’s— that’s what we did!