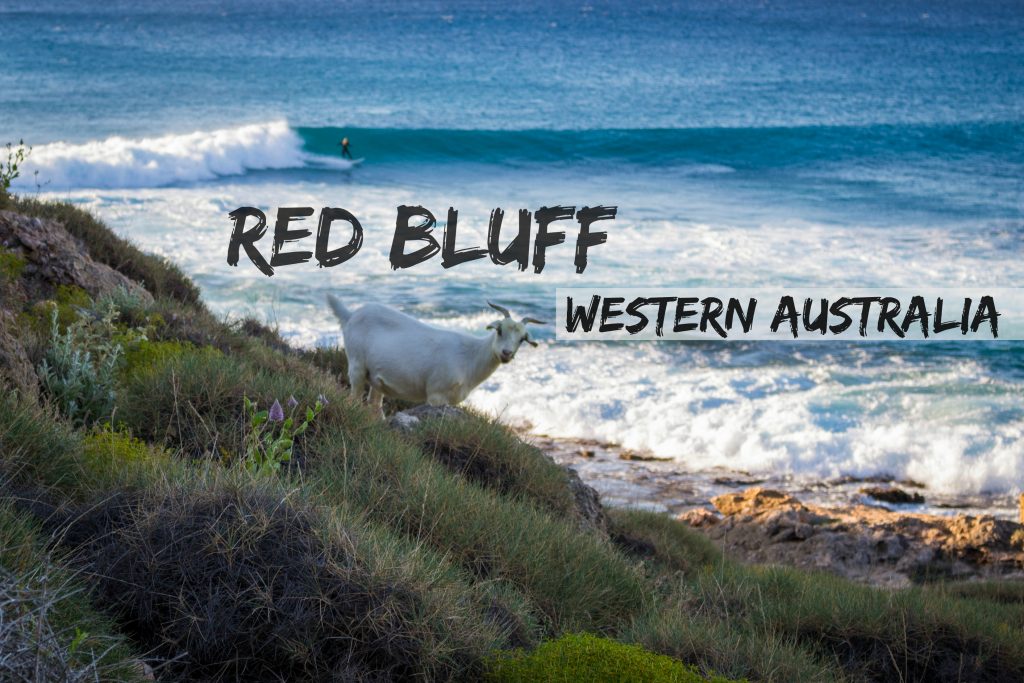 It’s a little after sunrise and I’m sprinting. I have one eye on the rocky ground below me and my other eye on the ocean. One wrong step will either send me tumbling over the cliff or onto the ground, where knowing my luck, my camera will take the impact. Three goats are gnawing at the shrubbery to my left, bleating in between bites. I run past the surfers to my right and finally make it onto the point of the bluff where I can get a better view. One huge splash catches my peripheral. Then another. And another. I am literally chasing whales. The huge fin of a humpback whale pokes straight up and slaps against the water. With a whale’s smallest body part, it makes a bigger wave than the largest human ever could. A calf comes up for air. It’s migration season in Western Australia, where humpbacks and killer whales make their way down south to Antarctica for food. Many of the mothers have just given birth and are taking their young ones on their first journey to sea. We’ve seen about fifty of these whales in just three days of camping here, but the amazement never seems to wear off. Sometimes, the whales are completely breaching, propelling their entire bodies out of the water, crashing in a nuclear boom.

Nobody really knows why they do it. To communicate? To remove barnacles? To warn fellow males to stay away? I like to think it’s just for fun. That whales love to launch themselves up into the air simply to feel the thrill of falling down.

I’m standing on top of a rock to get a panoramic perspective, when Moritz walks into my view. Immediately, I know something is wrong because Moritz never leaves the water early on a perfect day like this. The sun is shining, whales are swimming close to the surfers, and the waves are flawless. He’s clutching his shoulder and says, “I don’t really know what happened but I can’t move my arm.” He’d collided with another surfer. The surf spot requires you to climb in and out of a keyhole in the reef, so it was really a feat for him to get out of the water one-armed with his board unscathed. Here we go. Our trip is over. I feel guilty for thinking that his misfortune has just ruined my whale watching, and potentially the rest of our adventure. We’re camping at Red Bluff, a small site eleven hours from the nearest major hospital, without water and electricity, no cell reception, and the local population of this area varies between 3 to 15 people – none of whom have a medical degree. The greatest amenity our campsite features is the luxury of a long-drop toilet with see-through mesh for a door. When other campers come up to use the toilet, you have to shout “I’m in here!” before they get close enough to see the whole picture. Luckily, after a few hours of resting in our tent, Moritz assumed that his injury wasn’t life-threatening and our camping trip could continue as usual. A few days later, a purple bruise the size of an orange formed on his chest. To be fair, surfing nonstop for the days following his accident probably didn’t help much with the healing process.

How did this random trip to nowhere materialize in the first place? Well, our friends Ben and Moira asked Moritz and I to join them for a week under the sun and stars camping along Australia’s coral coastline. Obviously, we gladly accepted the invite. We started driving at sunrise and made our way up north to long waves and red dirt, an area where kangaroos, turtles, and goats greatly outnumbered humans. We stopped at every gas station along the way to avoid being stranded and did a final check to see that we had enough food and cooking supplies to last us through the week. Red Bluff, Western Australia is a surfer’s utopia. The walk out to the cliff is long, so most people leave their surfboards in small caves and nooks along the trail, with an unspoken rule that they’d never be taken. Being so remote, a community of strangers really has no choice but to trust one another — whether you’ve been introduced or not. There are no laws, responsibilities, or worries. Daylight dictated when we woke, ate, and slept. With no media to distract us (well, aside from my camera – I love you camera and will never let you die) we spent the evenings mesmerized by the fire, cooking, playing games of cards, and telling stories. Night by night, we tracked the moon as it transformed from half-moon to nearly a full circle. Just a few hundred feet from the ocean, crashing waves served as my nightly lullaby and morning alarm clock. When the waves were barreling overhead, Moira and I climbed to the top of the bluff. We followed game trails and tried our best to avoid sharp bush needles. At the summit, we found goats and kangaroos already up top to greet us. Looking east we saw nothing but cinnamon colored hills, and out west was the royal blue ocean. It felt like I couldn’t have been further away from the real world if I tried. That’s a pretty damn good feeling. As with any surfer’s paradise, there’s always the surf bums who make up the community. Two families live at Red Bluff full-time. There’s the Caldwells, who have five children, and the other family has a handful of their own. One of the Caldwell daughters, Imogen (a surfer and “insta-model”), tells Tracks magazine, “most of us have never even been inside a hairdressers, we’ve never had school balls or parties, we’ve never even had a real school for that matter.” I remember hearing that she’d never seen a cocktail in real life. Those who live here might as well sprout gills and live in the sea full-time, to save themselves from having to walk to it. The older men at the Bluff had wrinkled brown skin and bleached white hair thanks to too many days under the hot Australian sun.

Moira and I struck a conversation with one of these leathered men, who was cheering at his young son surfing out in the water.

“Doesn’t your son have school?” We asked.

“I told my son he can stay at the Bluff for as long as he wants. He’s at the top of his class so it’s not a big deal for him to come up here for a few weeks.” The dad replied with a twinkle of pride in his eye.

Well, at this rate, he probably won’t be at the top for long, I kept to myself.

This is just how it is up at the Bluff. Left here too long, and you might forget about things like schools, tarmac roads, and indoor plumbing completely. Where to stay: At Red Bluff, Western Australia, ask for the “Pannawonica” or “The Kimberley” humpie. They’re easily the best value and the ideal spot. The price at $20-30/per person/per night is steep when you think about what exactly you’re paying for, but there’s virtually no competition around. Basically, you’re paying for the location and a place  to keep your things. The family who runs the station is super lackadaisical – someone stole our original hut that we’d booked and we were told to them to kick the people out ourselves or set up somewhere in the bush for the night (which would be a hassle). The people who took our tent weren’t home… so we were back at the office scratching our heads. Finally, they admitted that there’s a better hut available for us (which worked out in our favor). While the family is super friendly, don’t expect resort style customer service. There are also glamping tents available for those with money to spend at $90/per person/per night. You can also camp without a hut for $15/per person/per night. Three Mile campsite is another place north of Red Bluff that has a few more amenities… like a toilet with an opaque door.

Getting around: You’ll need a four-wheel drive… and a paper map. The red dirt roads are often unmarked and some parts can be quite bumpy to get through. Don’t expect to rely on your phone’s GPS for navigation. The best thing to do is ask locals where to go.

Where to eat: Ha, (this is a joke – I won’t be listing a plethora of options). You’ll need to bring all of your own food (including water) or a spear to catch your meals à la Bear Grylls style. There are apparently tasty mangoes in Canarvon, the nearest town three hours away. There is a local shop that offers ice, water, marked-up boxes of crackers or trail mix bars. Assortment varies. There is pizza night at the local shop on Saturday and the smoothies are supposed to be good. Moritz and I planned half of the meals, and the others planned the other half. Turns out, they are way better cooks than we are. What about you? Would you want to visit Red Bluff or is it too off-the-grid? Check out Part II: Gnaraloo.