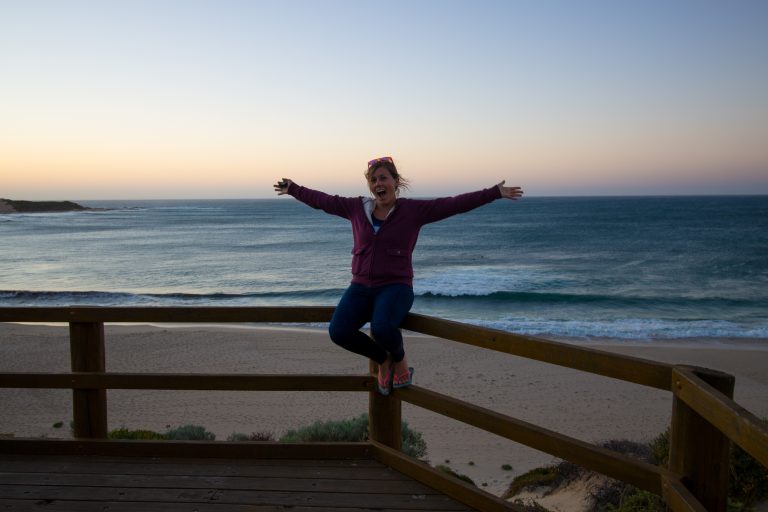 Three Years Abroad: The Pros of Living the Expat Lifestyle

Three years ago, I set off on a six month stint around Europe after graduating from university. I ran into visa issues along the way and made a side trip to see Mo in Western Australia. I visited, I liked it, and at the end of the year, I moved over to Western Australia as an expat. Time has gone by so quickly, but just remembering how heavy my bags were before moving makes my arms shake.

Moving to Australia from Southern California isn’t exactly the biggest cultural change, though I do laugh when Americans ask me if I’ve picked up speaking Australian yet — and they are genuinely impressed when I admit that I have! Perth and San Diego share similar weather, lifestyle, and language so to be honest there weren’t as many barriers moving here as if I’d moved to the middle of Cambodia. (Also, being white means that I likely experience less xenophobia than many POC foreigners.)

Nonetheless, being an expat still has its pros and cons. If you’re thinking of moving overseas for whatever reason, here is a thought to consider and a few of the reasons why I love living abroad.

Are you thinking of moving abroad? Why are you moving?

The first thing you should think about packing everything up and leaving everything behind is why? Why are you leaving your home life? Only you can decide if it’s the right decision for you, but it’s worth point out that travel or moving away won’t solve all problems — especially if they are internal. Still, I find it’s more common to run into the belief that going abroad is more serious than it is — especially if you are moving to be with a partner or moving without a job lined up.

This tends to be an overreaction. If you move abroad and hate it, you can likely go back home and return to your old life to some extent. If my relationship failed, or I hated life in Western Australia, I’d simply go back to California (or elsewhere) knowing that I at least tried an alternative lifestyle. In my situation, the risk was low because I’m able to return to a support network. Mo is also an expat, so I always someone around who understands what I’m feeling. Your situation might be different.

You need to think about the following things:

As long as you prepare to fund your first few months while you look for a job, give yourself a fair chance to adjust to being friendless and without your family, and have a backup plan for if it all turns down under, then I say go for it.

I won’t lie. My whirlwind plan to move overseas was met with a lot of understandable criticism and skepticism from friends and family with good intentions.

I’m glad I ignored them and went anyways.

Why I love being an expat

Confidence that you can thrive anywhere

Travel in general gives you the knowledge and confidence that you can make friends, navigate, and survive in versatile situations — but living in a new environment forces you to do this all day, every day, with no safeguard of a plane ticket home to fall back on.

The first six months of living overseas was really rough for me because it was a time mixed with the excitement of being somewhere new combined with the downsides of everyday reality. I worked as a waitress for a restaurant owned by a prick who loved to “cull the slow girls,” had no stable network, and missed home. As time went on, I started attending meet-up groups with people who shared my hobbies, texted people to hang out, and discovered my favorite hang out spots in Perth. Now, I love living in my neighborhood, have a strong group of friends, and know that if/when we move elsewhere, I’ll be fine.

Living abroad means you’ll see new natural features, animals, and cultural quirks that don’t exist at home. I’ve seen kangaroos, migrating humpback whales, and am now quite acquainted with Bogan culture. Being an expat changes you in ways that just being a tourist couldn’t, especially as you pick up slang and mannerisms that fit your new community. If you’re a traveler, this will also put you in a new region of the world – likely one that wasn’t accessible before. The rest of Australia and Southeast Asia is just a quick and cheap flight from Perth, versus the long, $800+ ticket it’d be from California.

Though there’s nothing wrong with staying where you grew up, you’ll only experience life through a single lens.

I also love picking up quirky Australian phrases and words. Though speaking Australian English isn’t as exciting as say, Norwegian phrases, it’s still awesome to use g’day, mate, the c-word, and swear like a sailor without anyone batting an eye.

In a new country, you can’t rely on your socioeconomic status, gossip, family, or reputation to bind you to other people’s perceptions. Abroad, your identity is tied more to your actions, your words, and your personality than to anything else. Though who I was in the US is the same person I am now, I’ve outgrown my hometown and I like making new friends and pursuing a career based off of my current interests and beliefs.

A better view of your home country

From birth, most Americans are taught to believe that America is the Best! Fight for what you believe in (wait, but only if it fits the status quo… let’s not make any radical progression, mmkay?)! The US Does No Wrong! Often, criticism of anything towards the US is seen as being unpatriotic and can be met with hostility. Three years abroad has taught me that unfortunately, the US is not the perfect dreamland I once thought it was as a child. Our crime rate, standard of living, education, healthcare system, and racial issues fall well behind many other countries — an opinion I’d never form by only being surrounded by Americans. Because freedom, amirite?

However, California in particular, rocks at many things that Australia is lagging behind on like renewable energies, freedom of the press, support for start-up businesses, and boasts a more diverse (and therefore tolerant) population than Western Australia.

Living abroad has shown me in a unique way that while I’m proud to be from California, the US itself is not a land of lollipops and rainbows — and it doesn’t make me unpatriotic to think so. In fact, being critical of your homeland is one of the most patriotic things you can do. How else will it improve? Studying political science gave me an inkling of how the US government works. Moving abroad gave me an inkling of how the U.S. in the the scope of the great big world works.

Will I be an expat forever?

Like I said in my mini freakout post, at the end of the year, there’s an equal parts chance of staying put, going home to the U.S., or moving elsewhere. Living as an expat so far has been an experience I’ve mostly loved, and would be willing to repeat again somewhere new. But whether this will be the case forever? I have no clue. 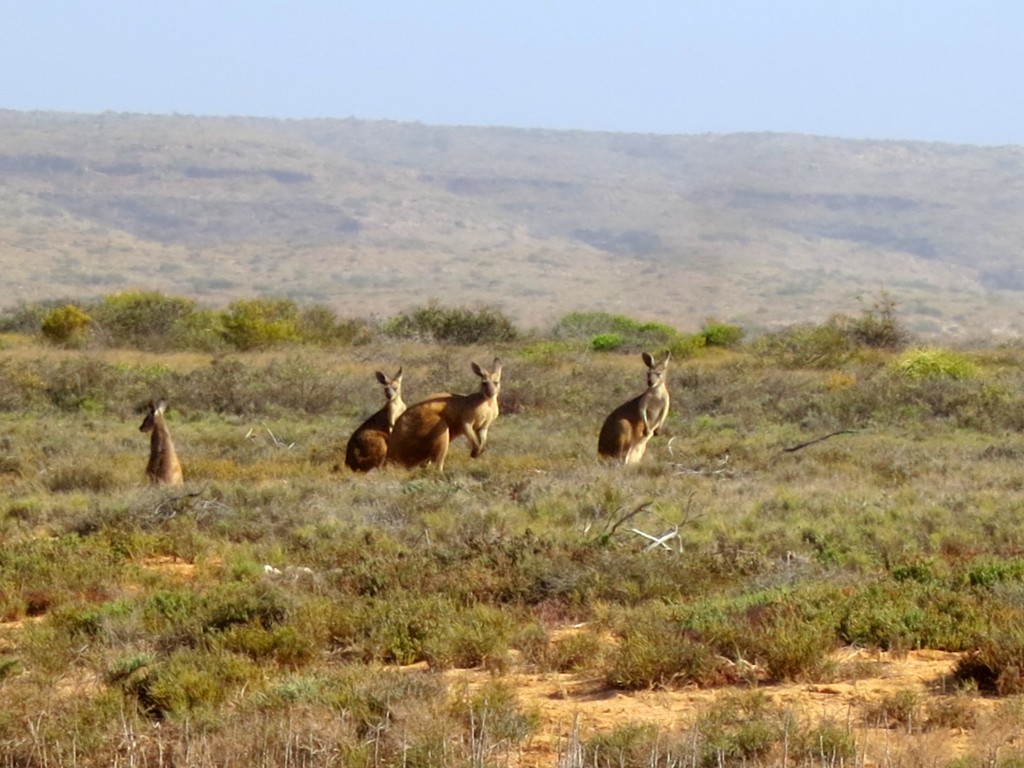 Don’t let this post fool you, I haven’t loved all aspects of the expat life! A list of what I hate about living overseas is coming soon. 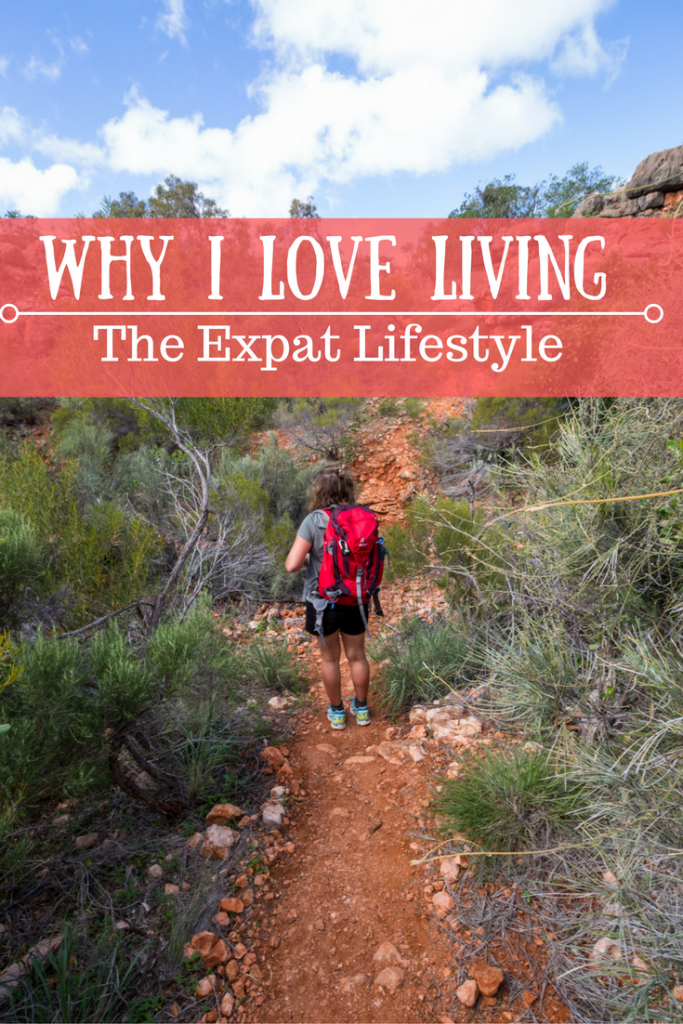