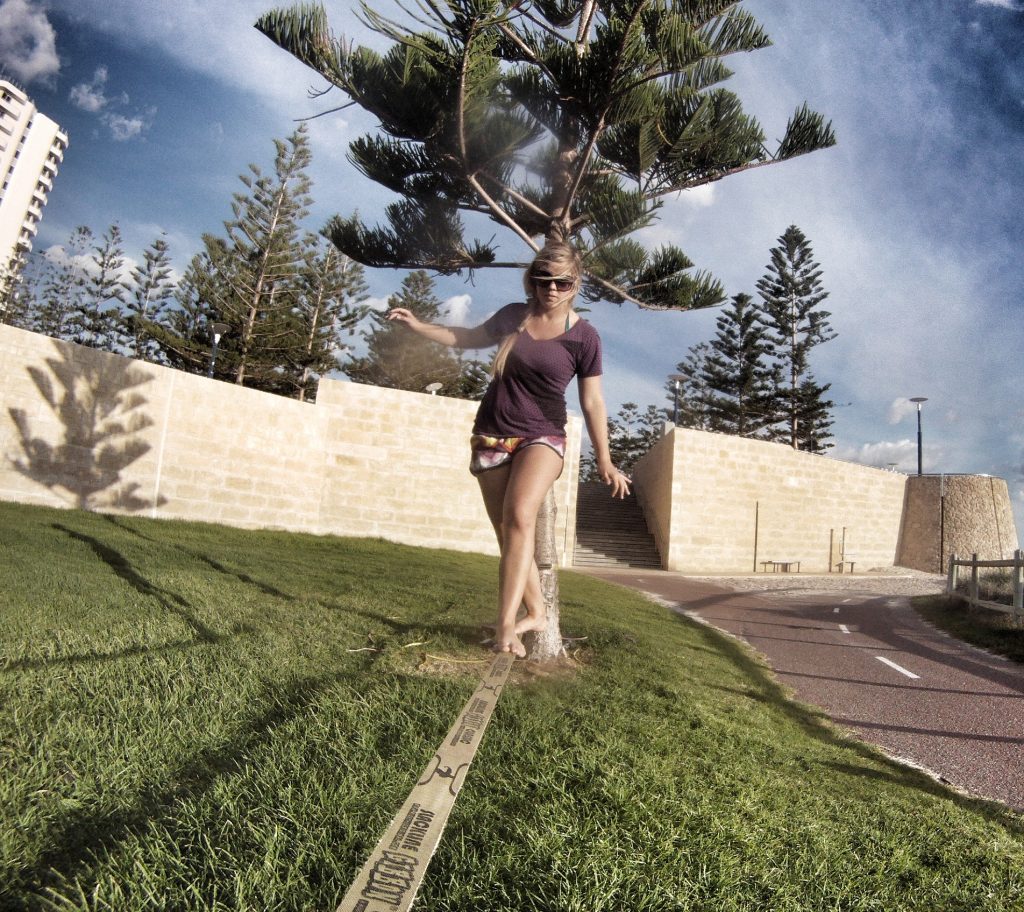 I walk the line

It’s a very mellow lifestyle in one of the more deserted states of Australia, and my first impression of Perth was that it’s much like San Diego, minus great Mexican food on every corner.

When we’re not galavanting in the wilderness somewhere or fighting each other with sticks, Moritz generally works on his PhD at his desk by the window while I catch up on chores and research PhD programs. Sometimes I throw things at him as a distraction. He models ocean currents — so when people ask, I can say, “you know… he’s just modeling.”

If you are a first-timer settling down in Perth, be prepared. While this city may seem laid back and calm, it throws curve balls at every corner.

Like most semi civilized couples, the endless amount of laundry is a cause of 99% of our arguments. The washer doesn’t spin dry, so every clothing article comes out completely soaked. It seems more efficient to just throw your basket into the pool… which I sometimes do to Moritz’s shirts. His tactic for washing my clothes is throwing me into the pool while I’m still wearing them, so it evens out. Once in a blue moon, the washer will spin dry for no apparent reason, and the person who loaded it will proclaim themselves as god of the unwashed textiles and force every other person in the house to listen to his or her strategy.

My personal recommendation: only a few items (it works best with two shirts, a towel, and some undies to even out any imbalance – factoring that the towel will be heavier when wet), strategically placed, hot water, medium load and hardly any detergent. If you use too much detergent, don’t be surprised when your clothes to come out a slightly lighter color with a soapy film coating. I’d rather be stinky and bright than soapy and dull, I suppose.

Of course when you hang the laundry, Perth’s unpredictable weather will smite you by causing a rogue downpour after 10 days of cloudless sunshine. This pleases the extra-soap strategists who could use another rinse cycle. On sunny days, wind will blow the clothes all over the backyard… and hundreds of Australia’s many deadly slash poisonous spiders will joyfully and promptly use your bra or sock as a new home.

Lesson: Choose your battles – what is worth more – clean laundry, or your life?

My favorite quality of Perth is that it fosters every adventure-type personality. If the waves are bad (which is typical – you need to head an hour either way up the coast for quality surfing), you can kitesurf, hike, swim, explore a deserted beach, or slackline in the beach park area.

We frequent Scarborough, and every time we go, Moritz hopes to see the “guy with the crazy drums.” However, we hear the drums and approach near the sound… but never actually see the drummer. At all hours of the day, the “famous reggae drummer” can be heard but not seen like a Houdini-Marley superperson. Sometimes, drum man switches up his style from erratic and spastic to a slow thud every couple of minutes.

Turns out, “crazy drummer dude” is usually a three year old banging on the plastic bongos at the children’s park.

A look of confusion spread over Moritz’s face at this discovery, followed by an expression of epiphany – “I too, can be crazy drummer dude.”

Luckily there were no children in line for the bongos when Moritz went to play them, else the park bully would have probably set him straight.

Lesson: Don’t trust your senses in this town, everything is out there to deceive you.

Other humans are very common in Perth, but befriending an actual Australian is rarer than you think. It is much more common for foreigners to intermingle with other foreigners.

It’s essential that you bond with these aliens and consult them in your strategies for survival. Every nationality has something to share, and it’s important that you learn everything you can from those you encounter.

For example, one night Tom (English), Charlotte (also English), Moritz (German), and I (simply awesome) talked about survival in our home countries and life in the future.

Tom: When I was a kid, my friends and I thought it was fun to lob rocks at each other.

Moritz: We did that too! I had a wooden shield and an iron rod. One time another kid threw a rock at my face and I blocked it with my shield… it was awesome.

As strategies taken from battles of the past were revealed, plans for the future unravelled.

Charlotte: What if everyone had to wear a helmet?

Me: You’d definitely have people using them as a status symbol – ugly Louis Vuitton ones would take over Hollywood and rappers would sag them back.

Tom: Someone would find a loophole – the law doesn’t state the thickness of the helmet so somebody invents ones that are paper thin.

Moritz: Mine would be nuclear proof. (He’s still a bit sensitive from the war)

Me: Nuclear proof? Just the head? So your body gets blasted to smithereens but your head is perfectly intact… I sense a design flaw.

Moritz: I’m working on it.

Tom: *Snaps* Natural selection – all of the idiots walk around with nuclear proof helmets… “It’s okay guys! I got my helmet on!”

I’ve said it before – sharks are a legitimate problem in Australia. The number of attacks have increased exponentially, and it seems as though there is no method to their man-eating madness. Some believe it’s simply a result of more people entering Australian waters, while others cite a change in currents as a cause of sharks existing closer to shore.

Every day that Perth has a ridable wave, Moritz convinces me to slither into a wetsuit and stumble into the water with a board in tow.

Why they make the wetsuits black here is beyond me. Why make us look more like a seal than some of us rotund people already do? In every other relatively sharkless water, it’s stylish and slimming. Here, it makes me feel like a drown prone hunk of shark bait.

I’m not sure exactly when I started googling shark facts before our surfing endeavors, but it’s fair to say it’s become a habit.

“Did you know that some think that sharks attack at dawn and dusk?” I’d inquire as we stepped into the water to the setting sun.

“How come you’re not supposed to pee in your wetsuit?” I’d ask, feeling dehydrated due to not drinking anything all day for this exact reason.

“Because it smells like some chemical found in seals blood, I think.” Moritz would answer.

“Hm, some people think it’s because animals urinate in distress. Do you think that’s a reason? I don’t think that makes any sense because animals urinate all the time – even when they’re not in distress, so wouldn’t the sharks come every time they did that? Do you want to record us singing that camp song I taught you, the one about the baby shark? We could do it on the streets and make some money.”

Moritz became a faster paddler with each passing day that we went surfing. The second we hit the water, he would bolt into the waves without any hesitation.

While I have never had a personal encounter with these beasts, Moritz on the other hand, has. While diving with some of his friends, a great white – four meters long – circled suspiciously around him. I guess it’s understandable he tires of my information bombings and questions easily.

Usually, once I was in the water, I barely thought about my toothy friends. This is because huge waves often came out of nowhere, and the currents kept me in a perpetual state of paddling.

One time, as my body flung over the wave, I heard Moritz let out a high pitched, “bye bye!” It’s a dog eat dog world in the water, so prepare to fend for yourself.

Lesson: Educating yourself on the risks of the wild does nothing except freak out those nearby.
Side note: Sharks, while scary, are amazing creatures that need to stay protected. Find out how to help here.

All of these tips have been acquired within only two months of traveling Australia. Not to brag, but I’ve already picked up on the native tongue quite a bit. With a little bit of luck and common sense, (and of course the help of this guide) you too can survive life in Perth.