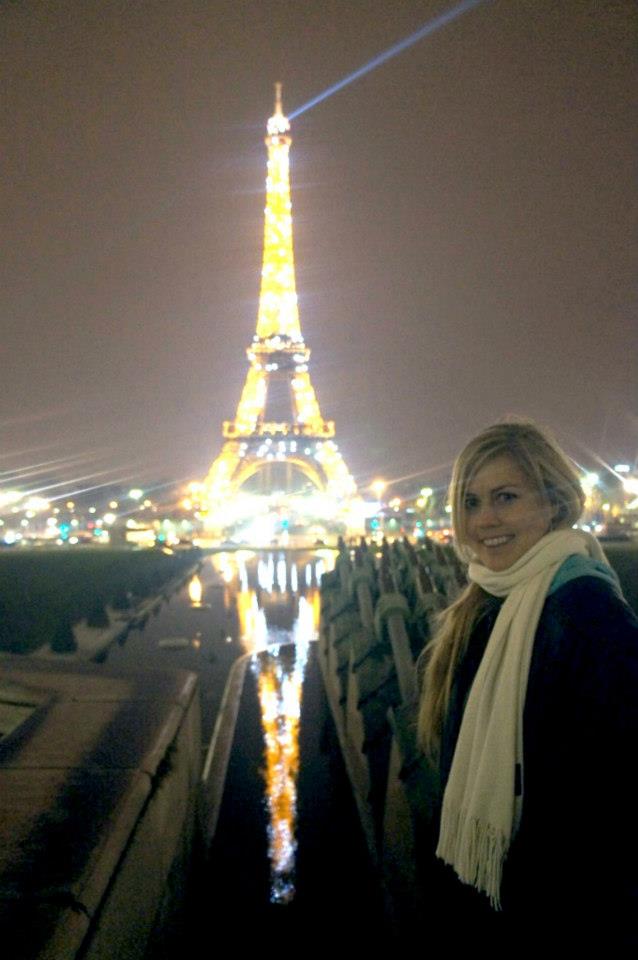 Paris: The city of love! …And awkward metro station smells.

Lauren and I’s arrival to Paris wasn’t exactly the smoothest. We bartered a ride from Amsterdam to Paris for 25 Euro each, a steal as the driver and every other method was at least 40! It was chosen as a quick stopping point on our trek down to Spain.

We met our driver, friendly Franklin, in front of a cafe along with a young Canadian girl. Lauren and I hucked our backpacks into the back of his car and smiled at the potential of a smooth ride.

Oh, how wrong we were.

About 15 minutes into the ride we picked up a middle aged man with rotting teeth, a stench of smoke and cheese, and a beret. He squeezed into the back of the car with us and immediately began chatting it up as if we were all best friends.

When we weren’t pulling over because he had to, “take a leak” — (“One beer in and two out hehhehheh,”)  make a suspicious phone call, or smoke every five minutes… he entertained us with delightful conversation about how not to get assaulted (first hand experience of course), speculation about how many children he has (“he never signed for anything!”) and how much he hated America because at any given moment the government is digging up coffins and using them for the thousands of people they are killing but the news can’t show it. Oh and in the ten minutes we could sleep, he took pictures of us.

Ahhhh, the joys of the internet.

We arrived at around 10 pm and went straight to our host’s home… who wasn’t home, and it was in an unknown area.

Scared, we went back to the metro station and went to what we suspected to be the most populated area of Paris — Chatelet. We held our phones out in search of wifi so that we could contact our host, and eventually a friendly Parisien gave us her wifi password and we were able to contact our host… who thought we died because we were an hour late thanks to Mr. I Didn’t Sign For Anything! So, our host went to a bar in all of his worry but told us to meet back at his place.

His flat was exactly how you’d expect a French stylish apartment to be – cute, eclectic, and in the morning his sister ran to the corner to get a fresh baguette to eat over the tablecloth… which she then shook the crumbs off of over their delicate balcony. I was in heaven!

Our host took us to explore the small and unseen corners of Paris by tourists — fresh markets, cute alley ways, and we even ate our first crepes! Banana chocolate and mushroom with cheese, tres delicious!

We stopped by Parc des Buttes-Chaumont, a perfect place for picnics and romantic walks over the bridges over the huge landscape.

Afterward, we walked back to his apartment and had a … crepe party! Crepes on crepes on crepes! He owned a mini crepe maker and we literally lost count of how many were consumed. At around crepe number 12, just to give a general estimate, we began to run out of batter and were forced to stop. Lemon and sugar, nutella, butter, banana… you name it, we ate it in copious amounts.

The next day, our knowledgeable host sent us on our merry way and Lauren and I were off to tour Paris with our 30 lb backpacks in tow!

First we explored Notre Dame, which in itself is amazing. It’s crazy to think people made this structure without all of the technology that exists today. We’ve architecturally degenerated, in my opinion. They say fashion recycles, and while this doesn’t seem to be the case in architecture, I think gargoyles should start making their comeback soon.

Afterward, we walked down to the Eiffel Tower and it made me wonder…

What makes the Eiffel Tower a symbol of romance? Is it because it is just known for that? Who decided that it stood for love?

Well down with romance, I say! And up with baguettes!

Due to our budget, we ventured to a nearby market for some bread, fruits, and cheese. We had a romantic lunch date together under the tower of love. We tried to stay closer to the hoards of children on field trips rather than the couples oogling into each other’s eyes because watching the little ones throw dirt clumps at each other and lick grass was in some ways less sickening.

Our next host, Angga, told us to meet him at the front of Arc de Triumph later in the day… which, turns out, is one of the worst places to meet. Not only is it swarmed with tourists and the entrance to find is quite difficult, it is an arc in a circle, so it is impossible to tell (to outsiders) the front from the back!

Eventually, we were rescued and sped off to see Dôme des Invalides, Napoleon’s burial site.

By this time, the backpacks were practically becoming one with our bodies, and we took our time hobbling from place to place.

After we dropped off our ball-and-chains (as my mom calls my sister and I!) we went to eat fresh macaroons and see Basilique du Sacré-Cœur. Which is a short walk of 229 stairs… plus some more stairs once you get to the actual building.

The Basilica itself was amazing, but much like I talked about regarding the Anne Frank house in my post about Amsterdam, consumerism had ruined a large portion of it for me. You walk in, and the structure is gargantuan and amazing with statues, painted glass, and detailed pews adorning the building.

Then you hear the “clink clink clink clink clink” of people putting money into penny presses of Jesus’ face or an image of the Basilica. There wasn’t a delicate donation-candle station, but rather the candles lined the aisles with pallets of candles stacked high in the background. Price signs stood everywhere and other tourists began taking pictures and talking loudly. To me, it was another tourist-trap place where the sacredness of the entity was overrun with cheap ways to make a profit.

We ditched our backpacks and went off to have wine by the Eiffel Tower while we waited for the sparkle show to begin at 11 pm (it plays on the hour every hour from 9 pm to 11 pm).

We took cheesy photos in front of the tower glitzing and glamming from the stairs above the tower itself.

Afterward, we went beneath the tower and looked up at it in all of its size and glory — the rest of Paris muted with darkness in the background. I think in this view, the Eiffel Tower was easiest to appreciate. When you subtract the hoards of tourists (like me) and stare up at it in the night, it’s easier to think about how lucky those who get to travel really are. Every time someone looked at an Eiffel Tower key chain, or a logo of it on a French restaurant, that’s where I was!

After our romantic night out, Lauren and I went back to pack our bags and get ready for our morning flight to Madrid!

They say Parisiens are a rude and snobby bunch. I don’t know whether this was true for me — on one hand, I experienced great hospitality from local city slickers… BUT then there was the time I slipped down stairs in the metro station and nearby locals stepped over me (one also kicked my hand out of his way). So I guess you will have to see for yourself!