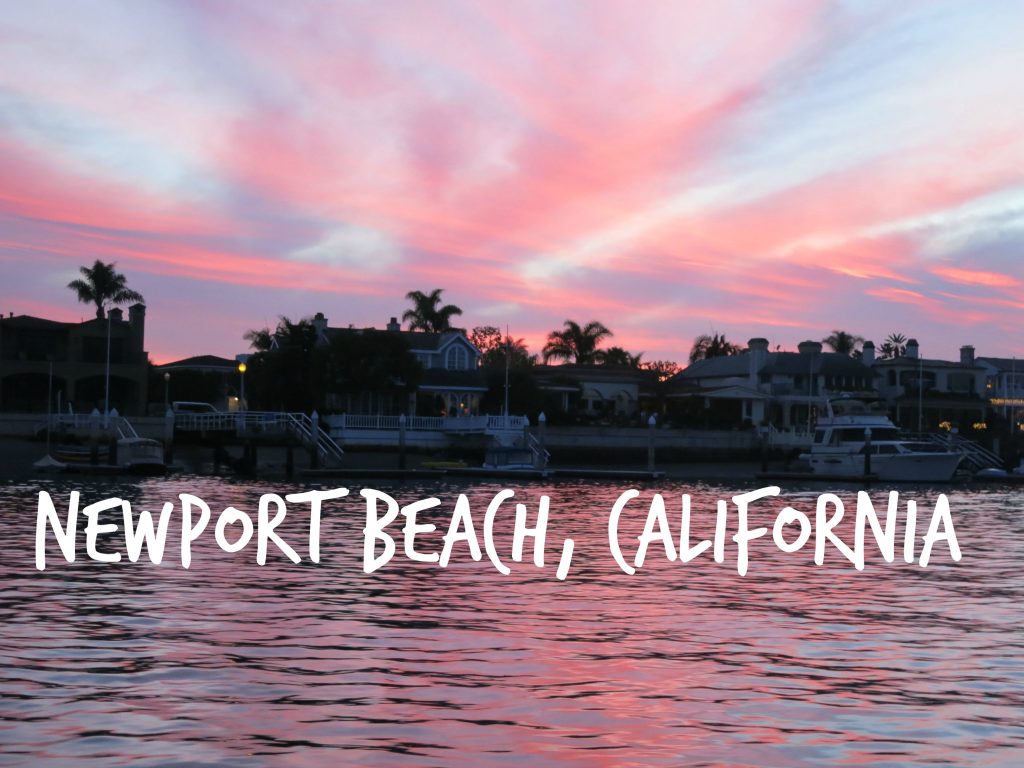 Newport Beach: The next logical step for pretty much every well-off Southern Californian business degree graduate. The people are toned, white, wealthy, and always have a challenging time finding parking for their imported European cars.  UCLA and USC flags are flown high, below proud fabric of stars and stripes. Trust-fund baby, credit card junkie, workaholic, or start-up guru, there’s always a bit of mystery to me as to how so many young people can afford to live on ocean front property with the threads and toys to boot. Capitalistic musings aside, Newport Beach is an ideal place for any type of outdoor water enthusiast. My dad and grandparents met up with Moritz and I in Newport Beach because it just so happened to be the perfect mid-point between all of us. And while this may be a bit of an overshare for my family, I hope they don’t mind me divulging that we aren’t exactly made up of the white-bread luxury class of America’s rich and famous. My dad wouldn’t be caught dead running in Spandex – much preferring the versatility of ratty board shorts and the breeze felt only through the ventilation of a pair of holey sneakers. My sister and I were raised with “Do it! It’ll put hair on your chest!” as a valid reason for doing pretty much everything. My grandparents are visiting from Hawaii, where they spend their days traipsing through the jungle, catching cats, surfing, and tiki-carving. If not for my mother’s tasteful style guidance, I’d undoubtedly look like I belong on Here Comes Honey Boo-Boo.

Point being: we’re not quite Newport’s target population.

So, what’s a group of water-loving Beverley Hillbillies to do in a place like this? Standup Paddleboarding and Kayaking in the Harbor

Remember that iconic “I’m flying!” scene in Titanic where Jack and Rose act like they’re misguided seagulls at the front of the ship? Moritz and I reenacted that with foam SUP boards. We took turns paddling each other around the harbor, with each of us clumsily swapping positions from paddle-slave to siren. He’d take us downwind, and I’d curse him for making my turn to be going upwind. Weaving between sailboats docked in the water, we got a chance to greet salty locals and dogs who’ve taken to boat living as a permanent way of life. When my grandma came to town, we repeated the event with Moritz towing behind us in the comforts of a kayak. Aside from the notorious Wedge (famous for giving body-boarders the wipeout of their lives), decent sand breaks are at 36th, 54th, and 56th street.  Blackies is the most popular spot for longboarders. People are generally friendly here, with weekend warriors mingling with locals and tourists at every spot. That being said, stay clear of weathered surfers, who have no qualms about riding their logs into you if you don’t get out of the way.

Newport Beach is polished where Huntington Beach is rough. Instantly, there’s a shift in the type of people who spend their days at Huntington. It’s a combination of biker gangs, surfers, OC’s rich, inlanders from Riverside (dubbed ‘damn 909ers’ by the locals), street performers, fishermen, and your everyday typical southern Californian. Case in point, approximately one minute after arriving, we saw old man “Lucky John” drive a 6″ long nail through his skull with a hammer to make a few bucks.

Surprisingly, hammering a nail into your head every few hours does leave a few intellectual side effects. Dare to call him a freak? He’ll look you in the eye and genuinely thank you for the compliment. When I was in high school, I met a man called “The Waterman” who got his nickname because he stole a Sparklets truck and sold tap water out of old plastic jugs. He was notorious for dropping fishing hooks onto people surfing under the pier beneath him. He’d hook into their wetsuits as retribution to those who’d wronged him. For my high school film class, I brought my group up to Huntington Beach to make a documentary about him, convincing them that we’d all be the next David Attenborough. Sensing that this was The Waterman’s fifteen minutes of fame, he made every single scene completely unusable thanks to his affinity for swearing and making sexist jokes. We had to redo that assignment with a new topic at the last second. While my dad went fishing, I gave Moritz a personal tour of the town. We stumbled into a realtor who happens to shape longboards as a side hobby. Wide-eyed at Moritz being a potential customer, he whisked us into his real estate office, shoving surf stickers, realtor calendars, and paper pads into our hands as he gave us a spiel on his longboards. If we had the money, his sales skills alone would’ve convinced me to buy one on the spot. So if you’re in the area, check out Bob “The Greek” and his makeshift real-estate/surf shop. Filled with interesting people, Huntington Beach is one of my favorite Californian towns and it’d be a shame to miss the grungy surfer vibes if you’re ever in the area.

Of course, being a USC grad in a land swarming with fellow alumni has it’s perks. Friends are never too far away, including one of my best buds, who spends many of his evenings on his boat accessorized with fun-loving people. Ironically, parking a boat near a restaurant is usually easier than finding a spot for your car. Even as a tourist, it probably wouldn’t take long to meet a local boat owner happy to take you along for a ride. The sea lion colony clustered on a buoy that’s outside of the harbor’s entrance is a fun blubber-filled sight to see. Despite it’s pristine streets and immaculately kept houses, the trash on Newport’s beaches was a let-down – particularly in between rocks on the jetties. An ideal place to rack up some good-karma points, a group of friends could make a day of doing any of the activities above followed by a social beach cleanup. Go for the Experience

Iconic, tasteful, and bordered by towns with more of an edge, Newport Beach does more than highlight America’s upper-class yuppie culture. There’s adventures to be had if you’re willing to get in the water. Getting Around: Rent a bike for the day and go along the beach. Use Uber to go longer distances to avoid parking hassles.
Where to Eat: Wild Taco – street eats in a funky atmosphere.
Out for the Night: Woody’s Wharf, American Junkie, The Cannery, Blackies by the Sea, and loads of self-discovered of hidden dive bars. Your best bet is to walk around and go off of the vibe of the night. For those looking to play the “I’m a rich jerk” card, you can tip a bouncer to get to the front of the line.
Type to search or hit ESC to close
See all results