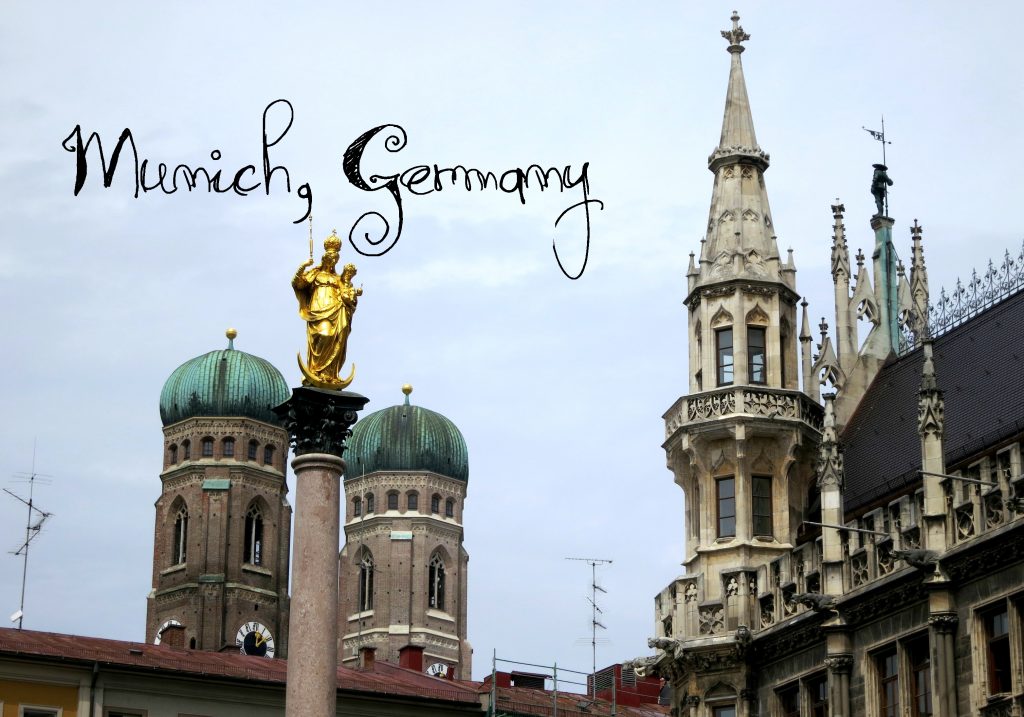 Gagging in the streets of Munich was not how I wanted to spend my first night in this historically pristine city.

“Drop it, Mini Me! DROP IT!” Moritz stuck his fingers in Mini Me’s mouth, but the large Chihuahua mutt clenched her jaws even harder, refusing to let go of her most prized possession.

The smell slithered into my nose as Mini Me shook the freshly severed fish head like a maraca.

“Vile…” I shuddered. I wasn’t sure who I felt more sorry for at this point – the German boys being hit with a spray of blood shrapnel, or the decapitated fish.

Finally, after a few minutes of struggle, Mini Me released the head and it bounced onto the sidewalk like a tennis ball, rolled into the street gutter, and awaited to be picked up by the next dog who happens to walk by and hit the jackpot. Now that Mini Me had been defeated, Moritz and I followed his friends, Lukas and Carolin, to their apartment as Mini Me sulked behind.

Ahh, the great German state of Bavaria. Time after time, Germans told me that “Bavaria is the Texas of Germany!” Did they mean this in a ‘loud and proud/everything is bigger’ kind of way? Or… am I going to get mean mugged for wearing tie-dye and being a vegetarian?

Turns out that everything really is bigger in Bavaria – especially mustaches and beer bellies. Add a top hat to the mix and almost every Bavarian fellow could double as the monopoly man.

His friends knew that the first thing I had to see was a true Bavarian biergarten. Men with swirling curlicue mustaches laughed over large pints of beer. Just as I wondered whether the scene could get any more stereotypical, a band clad in lederhosen played in the background. Carolin, proud dogsitter of Mini Me, eagerly sang the words of the tune with Moritz and Lukas chiming in hesitantly. For the duration of an entire Bavarian song, I sipped my beer awkwardly as the Germans belted out the tune while Mini Me begged a man wearing a monocle for a treat. I enjoyed eating an amazing lunch of pretzels and cheese in complete bliss — only moving to dodge my legs away from Mini Me’s panting tongue, sure that if she licked me, her saliva would most definitely cause an incurable rash. With some food in our bellies, we traveled to Englischer Garten (or the English Gardens) to try our hand at surfing, Munich-style. Mini Me was unsuccessful in her attempts of begging for food at the beer garden, but managed to find and then consume an entire slice of sandy pizza with five napkins attached to it. With a whopping area of 3.7 km2, the English Gardens is one of the biggest urban parks in the world, slightly larger than New York’s Central Park. In the middle of the English Gardens runs a small river, Eisbach, that creates a standing wave. Moritz, Lukas, and I hopped into the river and prepared ourselves for the surfing ahead. Some of the people floating peacefully in the water eventually made it to where the surfing area, and I often heard the loud thud and whimper of a swimmer being run over by a clumsy surfer. It was complete chaos. Jerks dropped into the waves while others were on it, some savvy people would be taken to the wave from upstream, and a little boy stood on the wave for what felt like forever. At first people were impressed by the boy’s ninja-like balance, with his toothpick legs spread wide as a sturdy base, but when the boy didn’t make a single movement for three minutes, people started becoming visibly agitated.

As the line got shorter, my nerves began firing up. I glanced at the huge crowd that conjugated around the shoreline. Fortunately, my spot in the limelight lasted only approximately five seconds – barely long enough to stand up – before I fell into the river and drifted into the crowd’s oblivion.

After a few hours with Lukas and Caro, Moritz and I set off to visit some of his Munich-based family.

I quickly learned that the Germans are doing something very, very right when it comes to parenting. We tagged along with Moritz’s uncle, aunt, and their children to a nearby neighborhood beer garden. Astonishment hit me as I saw adults drinking and children playing in perfect harmony. A playground stood in the middle of beer stands and benches, with kids teetering and tottering while their parents socialized over a pint of pilsner.

In America, a highly anxious mother screams frantically while Jimmy hurls rocks at Jane. The other mothers of the park look up, annoyed that this fiasco interrupts the flow of their Pinterest feeds. In Germany, a slightly buzzed mother passively flings her hand in a you better skedaddle! motion while Dieter hurls rocks at Dagmar. The other German mothers of the park take note of a faint scream in the distance but continue ordering another drink. After all, from birth to death, Bavarians drink approximately 40 gallons of beer a year. Can’t have things like child-rearing get in the way of that statistic! Socialization and a cold drink make for less stressed mothers – as proven by the entire country of Germany.

With only a few hours to see Munich, Moritz and I ventured directly to the city center. We first stopped in front of Marienplatz, a huge market square that serves as the heart of Munich and houses Neues Rathaus, the town hall building adorned with a massive cuckoo clock that hordes of tourists come to see. The sky was grey and gloomy, making all of the surrounding gothic architecture appear much more ominous than it really was. Needing food, we stopped at a typical Bavarian restaurant and I ordered a cheesy-noodle dish. As the clouds became darker, the servers began going around and demanding to be paid now. For some reason, this didn’t raise any red flags in my mind. Five minutes later, rain pummeled down from the sky, barely missing the food itself. Lucky for us, we were able to crowd with two other small families onto a sheltered table. In all the commotion, with people running for shelter and scarfing down last-minute bites, the same server who demanded our money accidentally dropped an extra side salad directly in front of Moritz, who pounced on the salad before the server could realize and correct his error. At that moment, Moritz felt as happy as Mini Me with a fish head.

I used to have more pictures of Munich, but the memory card of my camera is MIA. My best guess is that it’s located at the bottom of a dog’s stomach, somewhere between a large spool of yarn and a candle.