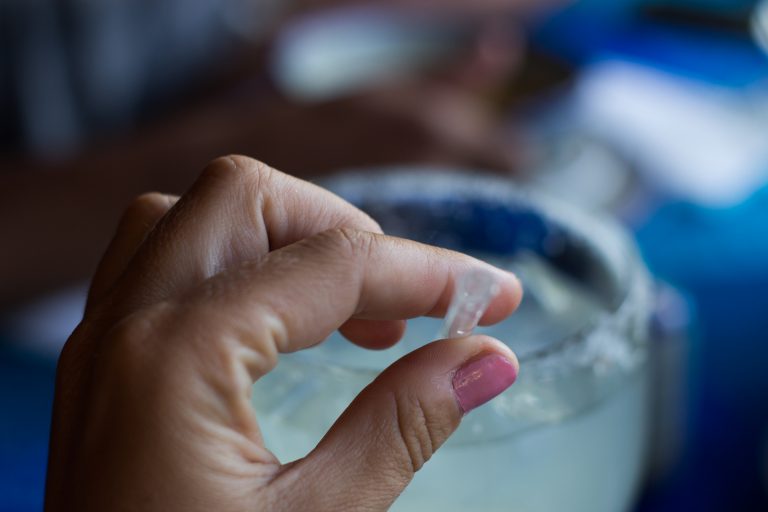 Margaritas in Mulege, Mexico: Never Drink More than One

We parked our car at a campsite in Mulege, Mexico after hours of driving down the Baja Peninsula.

“We should get dinner at Los Equipales,” I suggested to James and Mo.

I’d recently read a blog post where a woman, Sherry, drinks one and a half margaritas with her two friends. Sherry spent the rest of her night in regret and explained,

“I drank maybe half of the second Margarita and after that the rest of the evening was a blur. I do not remember walking down the stairs when leaving the restaurant or the cab ride home. I do remember lying down for a short time, then spending the rest of the evening with my head in the toilet, a first for me, and probably a last… I will probably never have a Margarita again.”

If Sherry’s limit was one margarita, I assumed that mine would be at least two or three. Four years spent on a ski and snowboarding team prepares your body to take a beating. Right? It’s like riding a bike – even if you haven’t drank very much in a while, your ability to cope with poison and bad decisions is a skill that stays with you.

Los Equipales is a restaurant tucked away from the main road of Mulege, a small town near La Paz on the southern point of Baja California Sur.  We sat down at Los Equipales and ordered a margarita. The waiter raised his eyebrows and winked as he placed the margarita down onto the table. “Fuerte,” he said. The first sip tasted like pure tequila and we accompanied each gulp with a squint. Halfway through the first drink, I walked to use the restroom. Along the way, I braced myself slightly against the bar counter, then pinballed through the hallway.

When a Mexican tells you that a margarita is fuerte, you’d be a fool not to believe them. 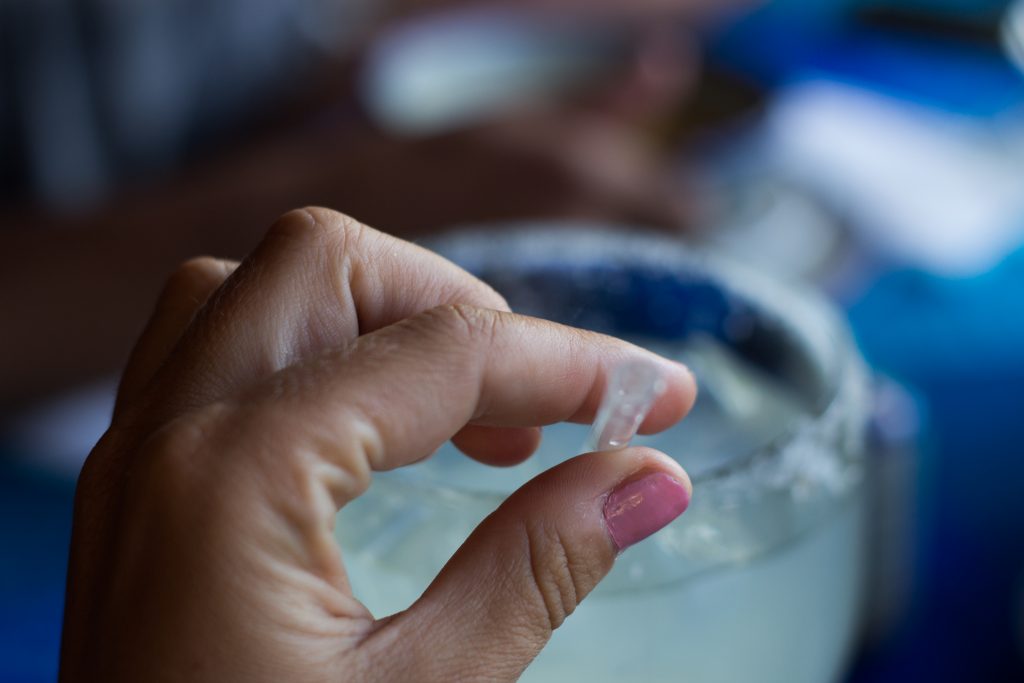 “Maybe Sherry was right. Maybe one is the limit.” I thought.

We walked out of the restaurant. The sun burned my eyes and it took a few seconds to get my bearings.  I placed my hand against the well and ran my fingers along the stucco as we made our way back to the campsite. When we got to a corner, the boys wondered, “Should we go back and have another margarita?”

I shook my head. “No way. No. Remember what happened to Sherry? Those things are toxic.”

“A friend from the internet. I don’t know. We’ve never talked. I’ve never met her… She doesn’t know that I exist.” I rambled.

James stood and stared. He refused to step off the curb until I caved and at accompanied him for the second margarita. “You can just watch me drink it,” he explained. Mo nodded in agreement with James, like a loyal sidekick.

We walked back into the restaurant where the host greeted us with a chuckle and a smile. He didn’t seem too surprised, either.

I can’t remember if I ordered a large margarita or a small one, because the rest of the evening was a blur. 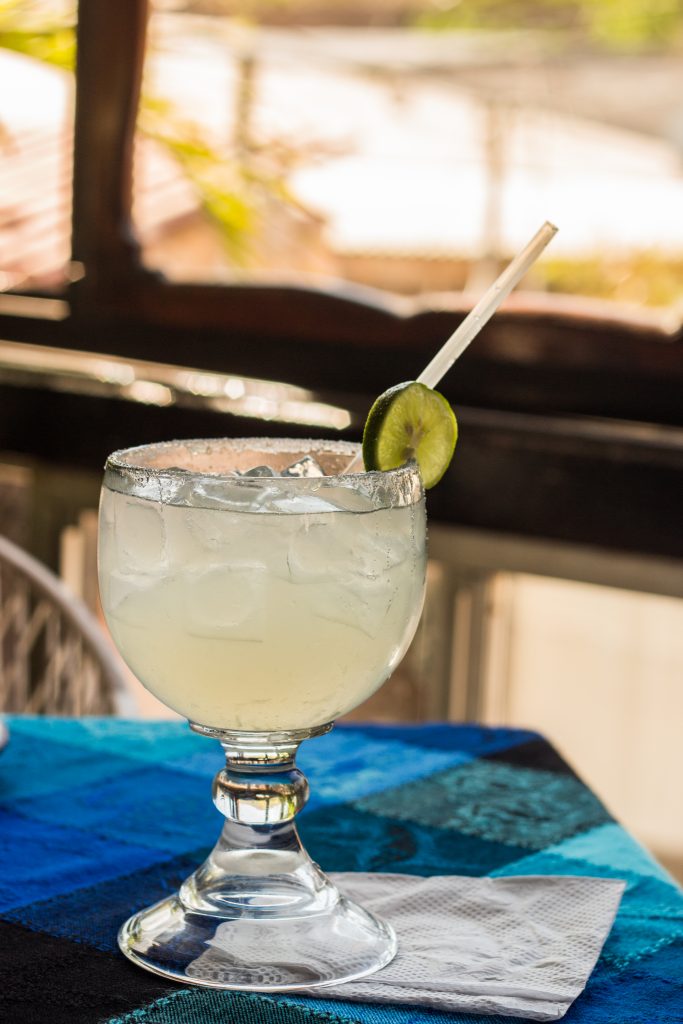 Half an hour later, we were chewed up by the tequila and triple sec and spat out onto the scorching streets of Mulege. We walked towards our campsite once again – unsure if we were going in the right direction, with nobody leading the way.

After a few blocks, we saw a young white woman with piercings, hoop earrings, and a cheetah print top walk out of a home with a puppy in her arms.

The woman led us to a rusty pick-up with a handful of pit bull puppies rumbling around in the bed of the truck. They licked, nipped, and tried to wriggle their way out of our arms. 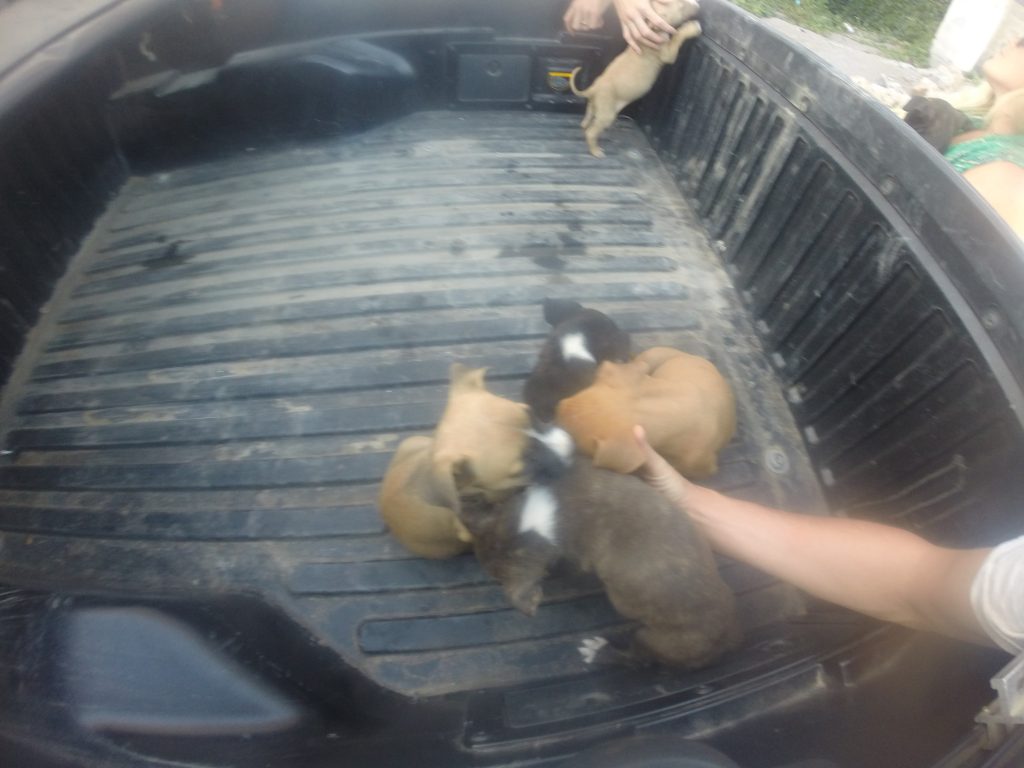 “We rescue these puppies from all around Mexico,” she told us. “We try to adopt them out once they are old enough.”

A minute later, her boyfriend walked up to the truck.

The girl pointed to her boyfriend and told us, “I met him when I was visiting my ex in prison… We’ve been in Mexico for over a year now, rescuing puppies.”

Her boyfriend nodded and readjusted his facial piercing.

I looked over at James, who was writing something on a pad of paper.

We swapped puppies and within a few minutes, we’d named them all and each of us had a favorite.

Soon the conversation switched to whether Australia would let us import a (likely flea-ridden) pit bull from Mexico or not. Feeling tipsy and generous, I looked in my purse to see if I had any cash to give these animal rescuers, but I’d spent it all on the margaritas.

Mo nudged me in the ribs and pointed to the boyfriend’s arm. A large runic SS was stamped on the top of his hand. The letters R I D E were spelled out on his knuckles.

S.S…? it took a minute for my tequila-drenched brain to register the meaning. The runic SS is a symbol that looks like two lightning bolts shaped into the letters SS. This was once worn by the Schutzstaffel, or the SS-Runen, to depict Nazi ideology.

The puppy-savers doubled as neo-Nazis.

“What are neo-Nazis doing in Mexico?” I whispered.

Mo put two of his puppies back into the bed of the truck and slowly walked backwards, away from the neo-Nazis.

I looked over at James, who had a puppy sprawled out on the top of his head like a hat.

“What are you saying? I can’t understand you!” James said.

“Oh nothing!” I said, side-eyeing the couple. I then mouthed again, “NA…ZI…”

“Peeing? The puppy is peeing!?” James asked as he shot his arms above his head to grab the puppy.

Begrudgingly, James put the puppy back in the truck and walked over to us – oblivious of the tattoo and the cretin we’d almost befriended.

As we walked back to the campsite, we wondered why neo-Nazis would move to Mexico of all places. My stomach sank and I wondered if the neo-Nazis raised the dogs for dog-fighting or seedy purposes. After all, it’s not like neo-Nazis are renowned for their good intentions.

Back at the campsite, I logged onto Facebook and saw that I’d had a friend request and a message in my inbox.

“Hi beautiful! We just got back, it’s kind of getting late so we aren’t going to make it tonight…we are so happy to have crossed paths! Keep in touch, we would love that! Good day, Tae!”

“How did the Neo-Nazis get my contact information!? How do they know where we’re staying?”

James told me that he’d given my name and blog information to the Nazi girl before we learned about their true identities. He’d also invited them over for a beer at our campsite later that night. 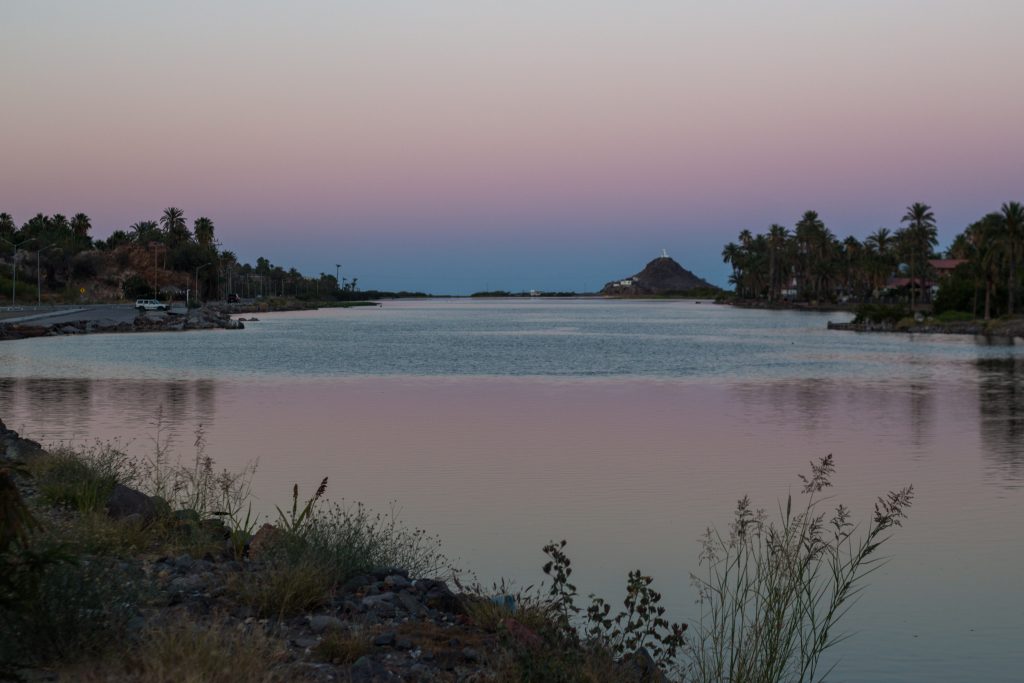 “That was before I knew!” He explained.

I couldn’t blame him. I, too, once thought they were just a friendly pair of tattooed fugitives saving the world one puppy at a time.

I denied the message request and clicked over to her boyfriend’s Facebook page. His profile picture depicted the two of them in a dimly lit room, his Nazi hand slung over her shoulder. The words “I luv you, always &4eve” were typed in purple cursive over the top.

One of his most recent statuses was a meme saying, “I <3 being white” and a caption that said, “I bet 99% of my friends won’t repost this.”

I would hope not.

I reflected on our poor decisions. My head ached and my stomach churned. If we didn’t have that second margarita, we would’ve walked straight to our campsite, without meeting the neo-Nazis.

Listen to the wise words of Sherry. If you go to drink a margarita from Los Equipales, in Mulege, Mexico, be sure to just have one. 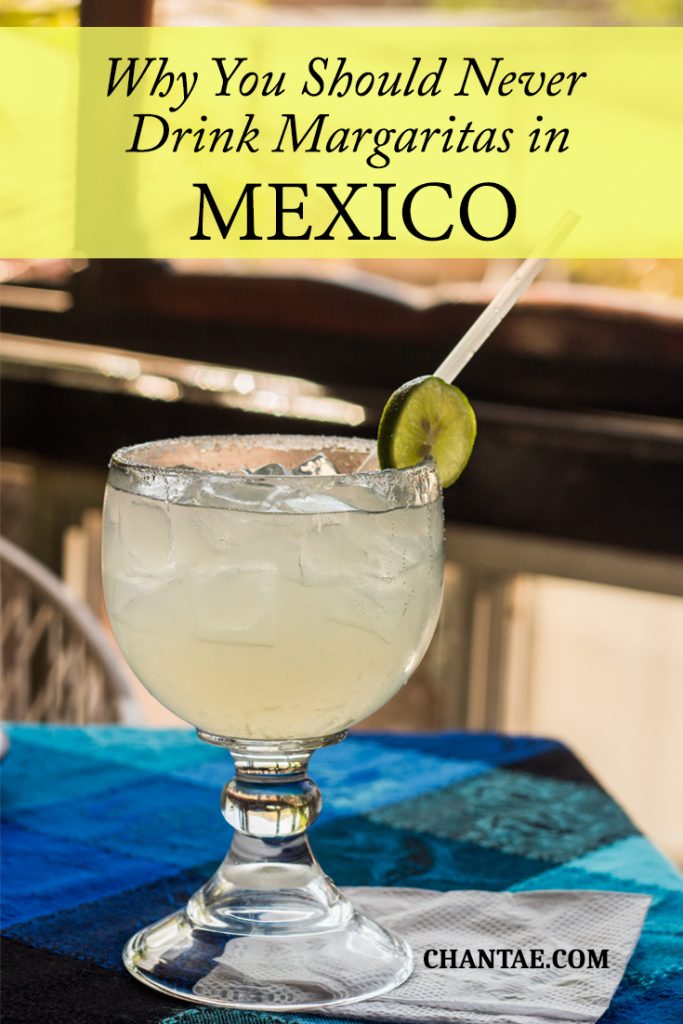 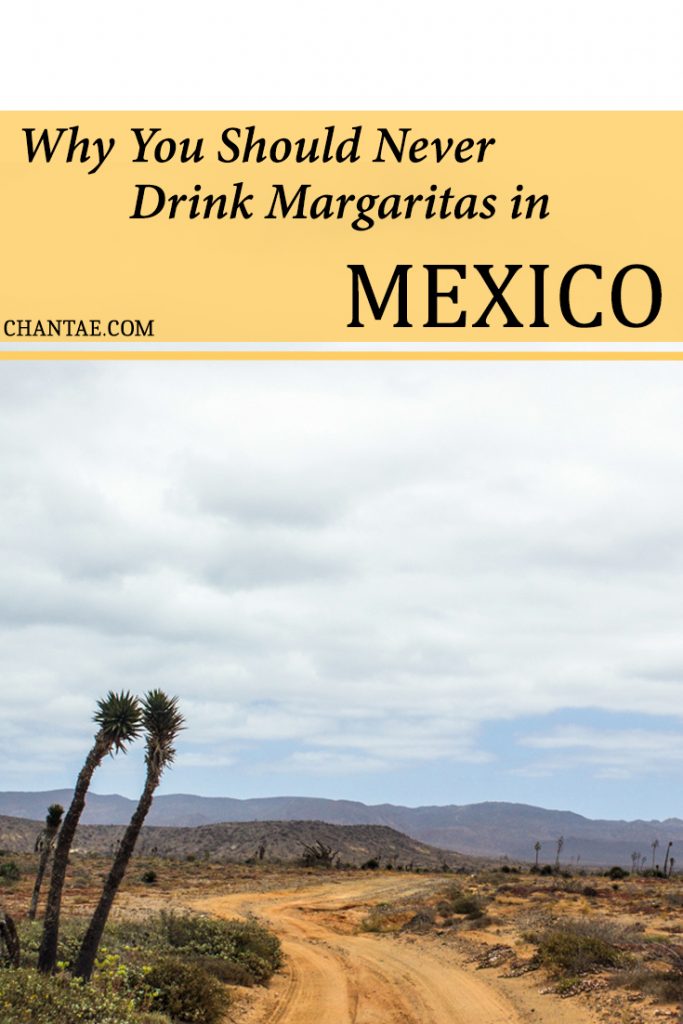