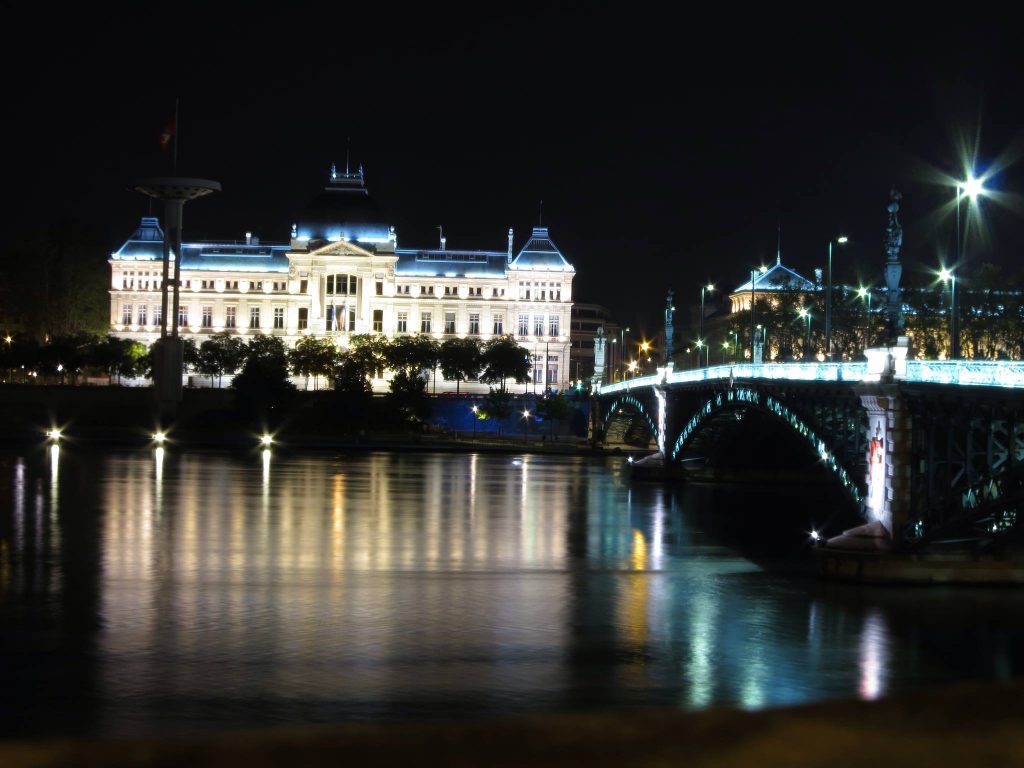 Flying into Lyon, I feared that I would regret my decision to come here instead of Nice. Little birds told me mixed things ranging from “gee willikers you’ll love it” to “why would you EVER EVER EVERRRR go there is your plane ticket refundable?!!!” When my plane landed, I was unsure of what to expect.

I popped out of the metro station and was immediately surrounded by rainbows and I Will Survive blaring out of a moving festival float. Confusion was replaced by excitement as I walked with the crowd of Pride Festival goers with my backpack on. I wasn’t sure if I was even going in the right direction, but it seemed I didn’t have a choice anyways. I was spontaneously a part of the Pride festival, and it was awesome!

Frenchies have a bad reputation for being rude to tourists, especially the ones you encounter in Paris. However, in Lyon, people are much more friendly and willing to help with directions than those of their big city counterparts. Every stop I made to gather my bearings, I was greeted with, “can I help you?” The people of Lyon seem to love their city and don’t mind sharing it. Even a gang of five youngsters riding their scooters around offered to help me get to where I wanted to go. They chatted up a storm with me in French and I would simply shrug and laugh… they’d take this as a sign of comprehension and continue their stories.

My awesome host, Mahdi, was very busy for the most part but convinced me to sing along to YouTube karaoke whenever we were both home at the same time. “You’re not singing – you’re just moving your lips!” left his mouth on more than one occasion. Then, he somehow conned me into dancing to a recording of himself singing Ne-Yo… I guess there’s a first time for everything!

I explored the main park solo and purchased the same 3 euro baguette sandwich with figs and brie cheese every day I was there. The city places a large emphasis on maintaining public space for people to gather in. Their main park even has a free walk around zoo!

The first day I went to the park, heat blasted all the animals into a lazy stupor. All monkeys were in a comatose relaxation and the tiger cooled off in his swimming area.

Mahdi took me out to catch a glimpse of the nightlife with some of his French friends. The night was fun because the boys truly did dance like nobody was watching. I kept tapping and squeezing strangers and blaming it on them – they wondered why so many people stared.

A few moments were lost in translation. Somehow the phrase, “stick up his bottom” came out and the boys has a perplexing moment.

Me: No… not stink or sting…

They all pulled out their smartphones and began googling.

Tommy: Why would a baton be in someone’s bottom?

The next day, we explored the Cathedral that overlooks all of Lyon and both of its rivers. We tried to infiltrate a festival taking place where the Roman ruins were held but left unsuccessfully.

In the evening, the entire city heads to the river and has picnics with their friends. It seems like it would be easy to have a good social life in your 20s here – with people waving any stragglers over to join in the friend circle. Most of the boats along the river have been converted to swanky bars or cafes, and people flock to those as well. The whole city comes alive at night and seems peaceful during the day.

I said goodbye to a city that countered Paris, France’s gem. Old beautiful architecture adorned Lyon as it did in Paris, but the people that lived within its walls were much more hospitable here. Perhaps I’m simply not a big city person overall, but I would definitely come back to Lyon and join it’s people in a nice picnic by the river again soon.