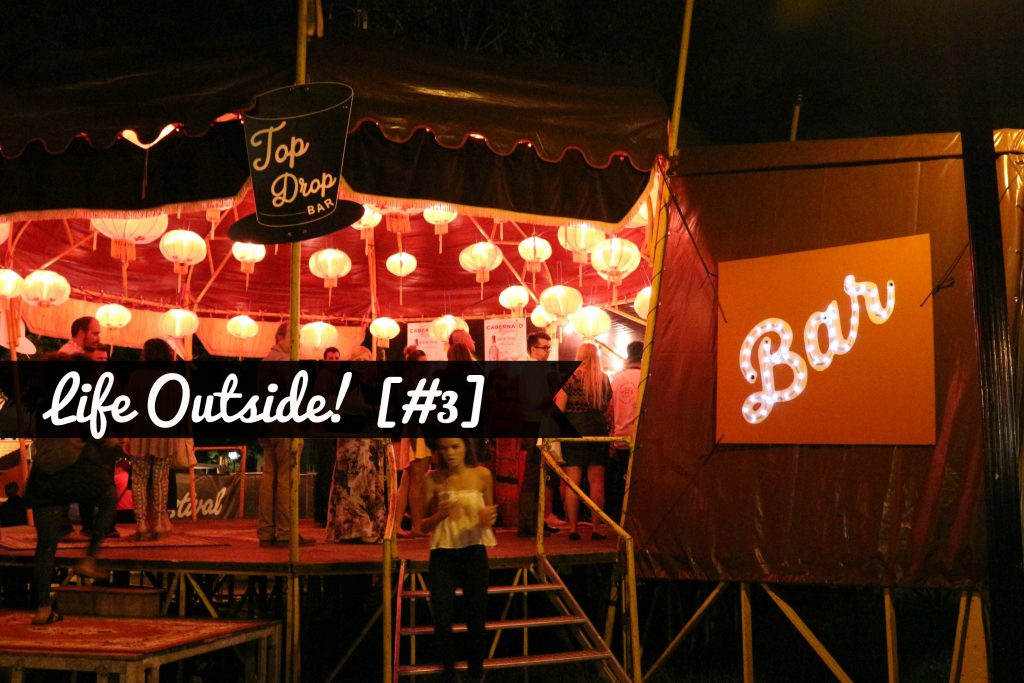 Welcome back to the new fortnightly series, Life Outside!— a place where I will share snippets of microadventures, action sports, eco-friendly tips, and other adventure stories that hopefully inspire you to live a life outside of your home, work, or other space that confines you.

Valentines Day: I’ve been wanting to get an indoor plant for our room for a while now. Moritz took me to the Australian equivalent of Home Depot to pick out this plant I’ve been nagging about — “to filter the air.” Twenty minutes later, I was stumped between planting an entire garden, buying a cactus, and leaving empty handed.

Given one minute to make a decision, I chose a cactus (great for air cleaning, right guys?!) and Moritz got a baby bamboo tree. Both have been sitting on our desks ever since and to be honest I forgot about them until I started writing this post. Good thing they’re low maintenance. Then, we drove a few hours south to Safety Bay for a couple’s kitesurf session. We got some food to take to the beach and ate it in the parking lot to avoid being sand blasted on the shoreline. Romantic asphalt dinner for two? Yes please.

Things were going smoothly until we met a dolphin swimming like a jerk. Yes, a jerk. If you watch this video I’m sure you’ll see why. I was already body dragging (when you fly the kite with no board underneath turn yourself into ‘the human lure’) enough as it was and his swim style really didn’t make me feel too confident.

Kitesurfing x3: Hi ho, hi ho, staying upwind I go! The past few times I’ve really been able to see a lot of improvement when it comes to staying upwind and getting my board back quickly after a faceplant. I had one dodgy fall where my lines wrapped around the handlebars, making it difficult to relaunch. It wasn’t until I felt the thud of the lines properly realigning that I was able to launch myself again.

My next goal is to turn without having to completely stop and fly the kite at 12 O’Clock. Then after that, I just want to be better than everyone else in the entire planet. I have high hopes.

Surfing x2: Working at 6:30 am doesn’t allow too many surfing opportunities lately. Still, it was nice to go out for a paddle at sunset in some ankle high waves this week. Got to take every opportunity lately before the weather gets cold.

Outdoor Surf Film Festival: We live near the beach, and all of the local groms submitted homemade films to the Surf Film Festival that took place outdoors at a park near our house. I loved the grom videos — which unlike the boring professional surf videos being churned out, all had a plot-line. The movie, Last Paradise, was the highlight. It’s an Endless Summeresque adventure film with powerful messages about nature.

Bizarre Circus Show with Women Acrobats Acting like Chickens?: There’s a thing called the Fringe Festival that hits Perth every year. Basically all of the interesting circus/burlesque/wanna-be actors come out of the woodwork and perform in venues all around Perth. It’s so anti-Perth’s reputation. We saw a circus show where the women did interpretive dances to chicken squawks and acrobatic performances that portrayed the beauty of laying an egg.

Spicy Thai Food: Yeah, I’m one of those people who can’t handle spicy food past the chili-meter of Tapatio. We were invited to a Thai dinner by a friend and left sweating — not just because it’s the middle of summer. She chopped pumpkin and cooked it in garlic, added in some egg, soy sauce, cilantro, and deadly hot chilis. As we say down under, it was YUM AS! Mate!

Evolving to be eco

This was a massive two weeks for me in this respect, and I feel like doing a happy dance at how easy grocery shopping and everyday life has been since I set up my kitchen to cater to zero-waste. I bought three jars to get me started, and have been saving a few other glass jars from honey and sauce containers. I took these jars to a bulk food store, filled them up there, and then went to a normal grocery store for fruits and veggies. Cheese is really hard to find unwrapped. Still, it’s fun to challenge myself and be left with a pile of no waste after putting all of my groceries away.

The only downside was that I cooked enough bulk beans to feed the entire army of Nicaragua! Who knew those little fellas expanded so much!?

I loved reading this huge list of helpful tips on decreasing plastic usage.

Sometimes I feel demotivated when I catch myself using disposable products without thinking. The other day, I handed my glass cup to the barista for a coffee… then two minutes later, I mindlessly cracked open a plastic bottle of coconut water. It’s not all-or-nothing. Using my own cup every day this week has meant 0 cups to to a landfill instead of 7, and that matters. I’m trying to focus on the wins.

That film festival I posted about earlier had an amazing movie with the takeaway message of preserving the environment. Meanwhile, the festival served all of their food in styrofoam and takeaway containers. When I asked if mine could be reused or recycled (no crumbs or nastiness) the people behind the counter chucked it in the trash. So, I wrote a message on their Facebook wall and hopefully some changes will be made for next time. I loved this article by surf chicka Lauren Blickley on The Inertia about where women should be in surfing. I am so sick of the typical woman’s surf video, that I barely watch them anymore. Let me guess? 40 seconds of close-up shots of the body followed by 10 seconds of surfing (much of which is a from-behind shot of her goods). This article taps into the rage against comparing women surfers with men and gives some great examples of female powerhouse athletes.

What else has been happening around here?

While the blog has been a bit quiet lately, I have not. This week, my guest post about Margaret River on Travelholic Nomad published. I also did an interview with one of my favorite bloggers, Hippie in Heels. On the main site you miiiight have noticed (but probably not) that I’ve added a guide to the gear I use and work with me page. The action sports part of this site is getting ready to ramp up within the next few months so if you have any questions related to board sports or anything else you think I might help answer, feel free to comment or throw over an email!