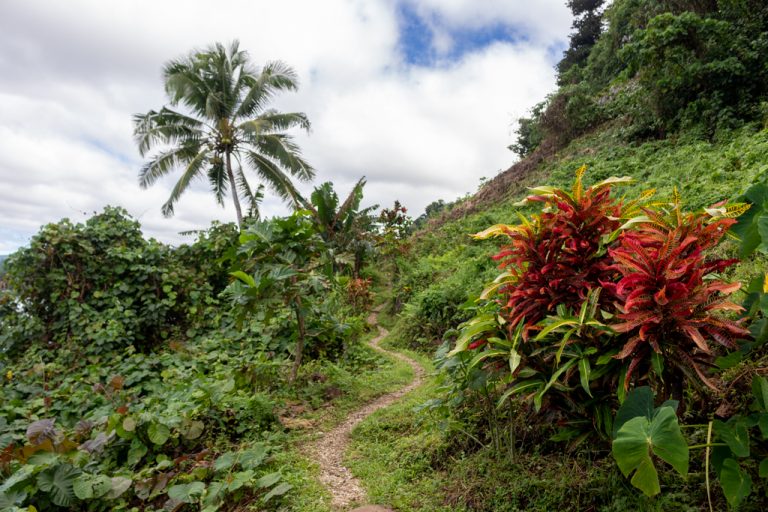 Life in Fiji: The First Case

The first case was announced yesterday.

The days leading up to this announcement felt like the calm before a storm. The weather was uncharacteristically good for this time of the year, and we spent our weekends surfing and socializing as the world beyond the waters of our little island seemed to collapse around us. We were in a bubble, safe from any real impact. My career was ramping up as I received dream assignment after dream assignment with a second book deal as a cherry on top. In January, I took a sea plane to write about a private island resort where the billionaires go to escape the millionaires. In February, I was invited on press trips to countries I never thought I’d get a chance to see. All the while, cancellations from Chinese holidaymakers created economic ripple throughout the islands.

Then, the weather started to turn. Suva’s clouds crowded over the city’s skyline while my flow of assignments dripped to a trickle. When the story of the Diamond Princess quarantine hit the news cycle, I knew my time writing articles for cruise companies was limited. In the days that followed, I chained myself to my desk, working from morning until night to submit 2,500-word articles with due dates marked in April. I couldn’t afford to lose outstanding assignments, and raced to have my invoice beat the inevitable “we have to let you go” email. In the midst, I tried to stay positive and filed a story called, “Now is the Time to Dream.”

Each morning, my email inbox notified me of new work-related casualties.

“Due to the unfortunate situation, we are asking all writers to pause their assignments.”

“This has nothing to do with the quality of your work.”

“We hope we can work together again in the future–but there is no guarantee.”

As an editor, I was also tasked to put writers on pause. I parroted the sentiments I’d heard multiple times before.

One writer wrote back that she was inspired by the world’s collective action to stop the spread. Her reply gave me hope that we’d be shooting ideas back and forth as colleagues again. Someday.

Soon, my personal life began to feel the heat. Expat friends were being called to leave their stations as aid workers, medical staff, and engineers back to their own country. Our neighboring countries of Australia and New Zealand tightened their borders. What expats would be left here? The virus isn’t even in the country. I attended social functions wondering if we were all standing around as ticking time bombs. Are we carrying it? Is it here already?

“I won’t make a decision until I’m forced to,” I told my friends.

Midday yesterday, the Prime Minister confirmed the first case. Within hours, many expats notified the rest of us of their exodus. Fijian-expat couples wondered if they should split up or stick together. My partner’s employer told him that they’d support whatever decision he made. Because of the airport closures and continually-changing travel restrictions, we had to make a decision, fast.

I called my friends. My friends called me. We all felt similar anxieties and unease about the future. I called my family and wondered aloud what to do. My main fear was–and–is getting trapped in Fiji if something were to happen to a family member in the states. I would feel helpless. My second fear was needing medical treatment myself and not having any way to access it. My insurance covers air ambulance service, but what if it wasn’t available? Was our life in Fiji already over? Because of our nationalities, repatriation meant my partner would go home to Germany and I would fly to the U.S. How long would we be separated?

And one question remained overhead: What will happen to Fiji?

Fijians are no stranger to crisis. Political unrest, natural disasters, and economic downturn are all part of the island nation’s recent history. If there is any population that is adept at handling Black Swan events and hardship, in many ways it is them. However, the communal culture of Fiji paired with the lack of medical care and high rate of health issues like diabetes make the population high risk. In the lead-up to the ‘first case’ announcement, the government opened a testing facility and started to prepare isolation units. As soon as the first case was announced, the city went into a full lock down.

For now, I’m sticking it out here with my Fijian friends and the other expats who are staying behind. We’ve started calling ourselves ‘the leftovers.’ For the unknown feature, I’m stuck in a place that doesn’t always feel like home.

My travel writing journey started from this blog. Eight years ago, I’d log on and post about my daily life–without worrying about money, statistics, Google rankings, and followers. It’s always been my home online. And, it’s comforting to know that it still is.