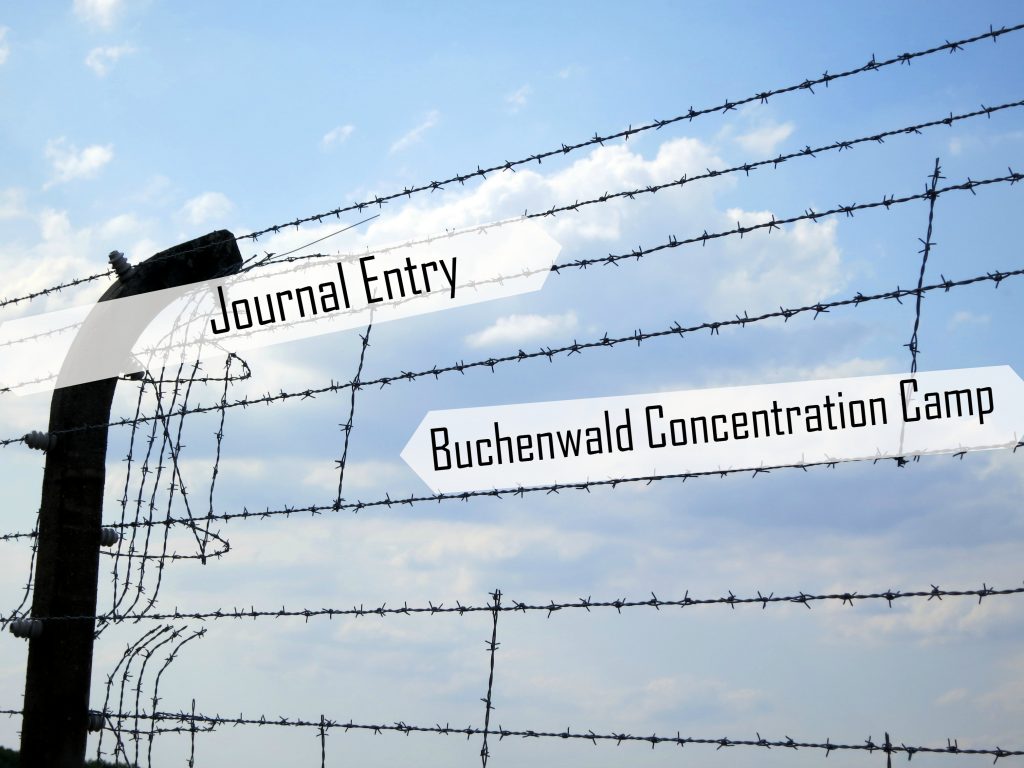 So, I actually haven’t finished writing all of my posts from Europe and this one has been floating around in my drafts for a while.  I copied this almost verbatim from my journal. I felt uncomfortable taking pictures, and only took four which are shared here.

At university, my favorite (and in some ways, least favorite) course was one that focused on terrorism and genocide. As a political science major, I was both fascinated and perplexed as to how an entire society could let such an unfathomable event like genocide take place. How can humans like you and me systematically murder millions of other humans? It’s insane. And I can’t confidently say that understanding the sources and causes of genocide make me feel any less unsettled about it. No culture or country is immune from this taking place – even if we think it could never happen to us.

I wasn’t sure how I would cope with seeing the relics of a concentration camp outside of the images my imagination conjured when reading my textbooks. So, when Moritz and I decided to tour Buchenwald, I wondered if the reality would match the somber reel my mind played when reflecting on what I know about genocide.

We walked into the tourism office and the lady handed Moritz and I our self guided tour materials in English. Later, Moritz told me that he was glad that she had assumed he spoke English. The reality is that the young Germans today are forced to carry the weight of what their ancestors did. Many Germans are ashamed of showing any form of national pride outside of sporting events, and personal flags are flown by primarily right-wing radicals. Patriotism is seen as a damning characteristic, rather than one to be proud of. People who didn’t even exist during Hitler’s era are scarred by it with the guilt placed upon their shoulders.

We started our tour at the same place that the prisoners started – the train station. Dehydrated and crammed, the prisoners were dropped off in front of SS office buildings, forced to walk through the brightly colored gates and into the barbed wire corral. The SS attempted to make the camp seem “lighthearted,” painting the welcome sign in bright colors and even housing a concentration camp zoo. This was an attempt to cheer up the guards and workers, who could bring their families by to show them an impressive real-life bear! How completely twisted. I couldn’t believe that there would be anything in an SS officer’s lives – especially something like a cheap zoo – that would bring a smile to their hollow hearts.

After the train, the prisoners were put in light blue and white striped jumpsuits. An additional colored stripe was placed on their uniforms for labeling. Yellow for Jew. Green for homosexual. Red for political prisoners. They were classified in their barracks through this system.

Then, they were “sanitized.” Their bodies were shaved from head to toe and all personal belongings were removed. Many of the prisoners knew about what was happening in Auschwitz, and were terrified of the showers thinking that it was filled with poisons to kill them. In the shower chamber, I thought about how each person might have felt… each person with families, hobbies, pet peeves, jobs… all gone. Any identifying belongings or style was stripped from them.

You would think that shared suffering experiences would bond people together, but just as often, it drives them apart. Suddenly, shoes were worth more than gold – and the prisoners fought among themselves for the least-worn shoes, bedding, clothes. Things that were once worth nothing to these people suddenly meant everything. Moritz and I barely talked, each taking the tour at our own pace.

The sky was lined with barbed wire, and guards loomed ominously at their towers every few hundred meters. Even if a prisoner could make it through the electric fortress, he wouldn’t know where to run. In the middle of the camp, just outside of the incinerator chambers, stood a large tree. Apparently a famous German author wrote a classic about two lovers who meet at a tree. Stories went around camp, with the prisoners imagining that this was the literary tree. It became sacred to them, walking around it in prisoner’s drab dreaming about their own lovers and how nice it would be to be together under the shade of romance. This was heartbreaking – people trying to escape reality by finding a symbol of something that perhaps for a moment took them outside of hell.

The camp also features a gallery of the prisoner’s artwork, with many drawings showing this tree. There is something so uniquely human about these pictures, where the desire to create overrides even basic needs. Here, people are starved, depressed, uniformed, and yet they still find the energy to design a piece of themselves that can be left behind as proof that they existed. Perhaps the desire to express ourselves is lower on our hierarchy of needs than Maslow thought.

In front of the incinerators, comparison pictures of then and now were shown. Images of starved bodies stacked in front of the door that I was standing in. I tried to imagine the picture in true-form, but I found it impossible. Maybe because at the time, I had never seen death, so my brain simply could not comprehend it. How fortunate are those like me, who can’t properly imagine such a horrific reality… and I hope that we never have to.

We walked past an autopsy table where doctors performed cruel experiments on the bodies. People dropped fresh flowers all throughout the building as a commemoration to those who suffered here.

On the left of the autopsy room was a shooting range. There was a line marked into the ground where the victim would stand and face the wall. The shooter stood behind a wall that had a tiny peephole in it, and was able to slide the peephole up and down to get the gun barrel pointed only at the base of the victim’s neck, then shot. The coward never had to look his victim in the eyes with this method – a method saved mostly for political prisoners. In my heart of hearts, I hate these people.

I was nervous to go into the incinerator. I knew it would be the most difficult aspect to grasp – being in the very room where thousands of people took his or her last breath. Memorials were placed around all five ovens and chimney. My brain tried to conjure the thoughts of bodies being pushed into the ovens, but again, it felt unreal. An elevator with a pulley brought the bodies from a lower chamber into this room. As I walked into the damp chamber, a strong smell filled my nose. A dampness that I’ve never smelled before. White paint peeled off of the walls, and hooks hung around the room. The prisoners were hung onto these hooks like slabs of meat. Humans hung other humans onto these hooks. I couldn’t imagine SS officers doing such a thing easily to animals, so this was even worse. In their minds, the prisoners had become less than animals. The camp closed and a dark grey cloud filled the sky. Rain came pouring down by the buckets, forcing Moritz and I to hurry back to the tourism office to hand in our supplies. The drive to Berlin was filled with a lot of heavy silence, with guilt added onto any happy thought. How could I ever be sad in a life like mine? Do I even have that right when other people have been through so much worse? Even in this post, my words feel cheap and small… just another privileged and naive girl touring through Germany…  I reflected on a passage in one of my favorite books, Man’s Search for Meaning, by Viktor Frankl (a Jewish psychiatrist who survived the Holocaust) and his chronicles of life in the concentration camp. When his patients asked him how he could bear to listen to their minute problems in comparison to his, he explained,

To draw an analogy: a man’s suffering is similar to the behavior of a gas. If a certain quantity of gas is pumped into an empty chamber, it will fill the chamber completely and evenly, no matter how big the chamber. Thus suffering completely fills the human soul and conscious mind, no matter whether the suffering is great or little. Therefore the “size” of human suffering is absolutely relative. There should be no guilt attached to our own happiness and suffering. Instead, we can frame our minds to always look for ways to prevent this in our own societies. Educate ourselves about the history and causes of genocide. Visit the places of former genocide sites so that we can imagine ourselves as the prisoner (no matter how hard it is to do so). Tell stories about these people and share our experiences, because genocide is not a ‘thing of the past’ tagged onto the Germans, the Cambodians, the Rwandans, the Armenians… it’s something that the entire world is up against today.