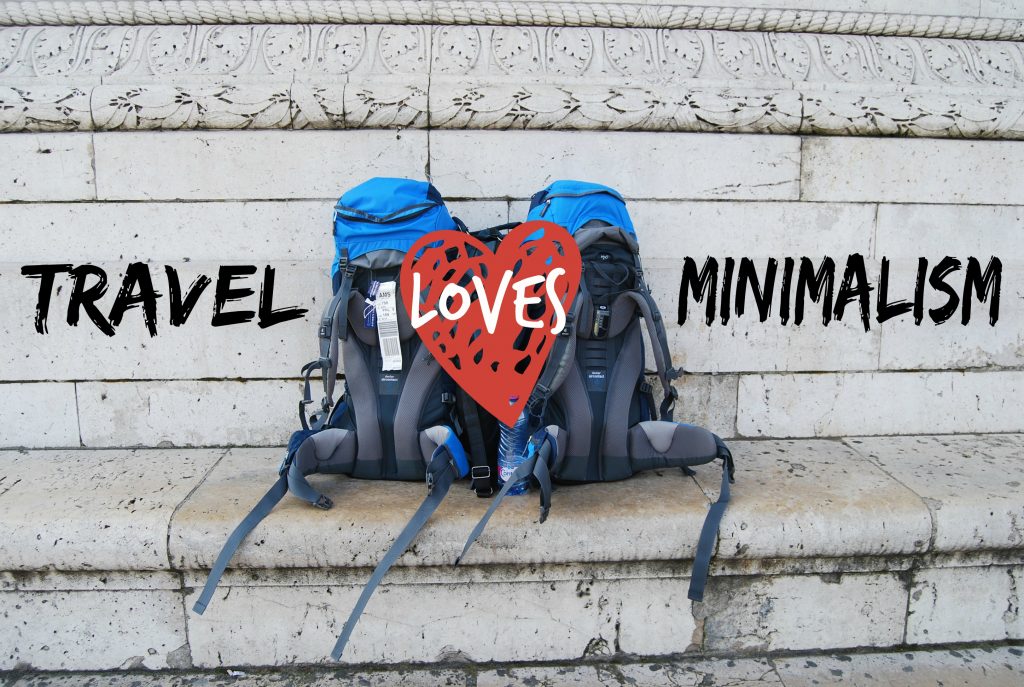 Is Minimalism the Love Child of Long Term Travel?

One of my best friends is known to be somewhat of a hoarder. When I met up with her in Croatia, she had a suitcase big enough to smuggle a baby elephant into the country that was filled to the brim with costumes (a banana outfit, an Egyptian turban, fairy wings, etc), multiple pairs of high heels, and enough workout clothes that rivaled the closet of Richard Simmons.

We dragged her suitcase up a cobblestone hill — she pulling from the front, and me pushing from the back. About five minutes into our trek, one wheel popped off. The wheel was so hot from the friction of lugging a suitcase 3x over capacity that it scorched me when I went to pick it up — leaving me with a nasty burn.

A few minutes later, the other wheel jumped ship.

Back at our homestay, she was forced to decide whether an Egyptian turban was a justifiable item that she absolutely needed for the rest of her trip — after all, she was attending yacht week! With discerning eyes, she decided that while the Egyptian turban was once a luxury, it was now a burden.

One benefit of traveling is that long term travel shows how few things a person needs to survive and be happy. At home I have closets filled with beautiful clothes, shoes, and knick knacks. Yet for five months I lived out of a backpack containing just a few coordinated pieces of clothes with a scarf and necklace packed in for special occasions. Like a turtle loves it’s shell, it’s liberating to carry everything you need on your back while wandering from place to place looking for a room to stay.

Now I’ve been parked in Perth for the past year, and it’s forced me to consider the following: was I happier with or without access to my plethora of belongings?

The answer that I’ve arrived at is neither.

The convenience of having an outfit or item for every occasion fathomable is canceled out by the fact that I have to clean, organize, and sometimes worry about these things getting damaged or stolen. So, having material items don’t necessarily make me unhappy, but they don’t make me happy either. If there’s no clear happiness benefit in collecting belongings, then it is a costly trait that doesn’t offer a return on the money (and time) put into it.

For some things, I am actually happier with having less than what I used to. Only having one bottle of lotion or block of soap is better than organizing truckloads of crusty half-used Bath & Body Works gifts. When Moritz and I walked out of a music gig the other night, someone had graffitied most of the cars in the parking lot — including ours! With a little nail polish remover, it luckily came off (along with a little bit of our car paint…), and the rest of the evening went by without a hitch. I imagine our stress level was much lower than the guy’s who owned the 2015 Mercedes parked next to us. 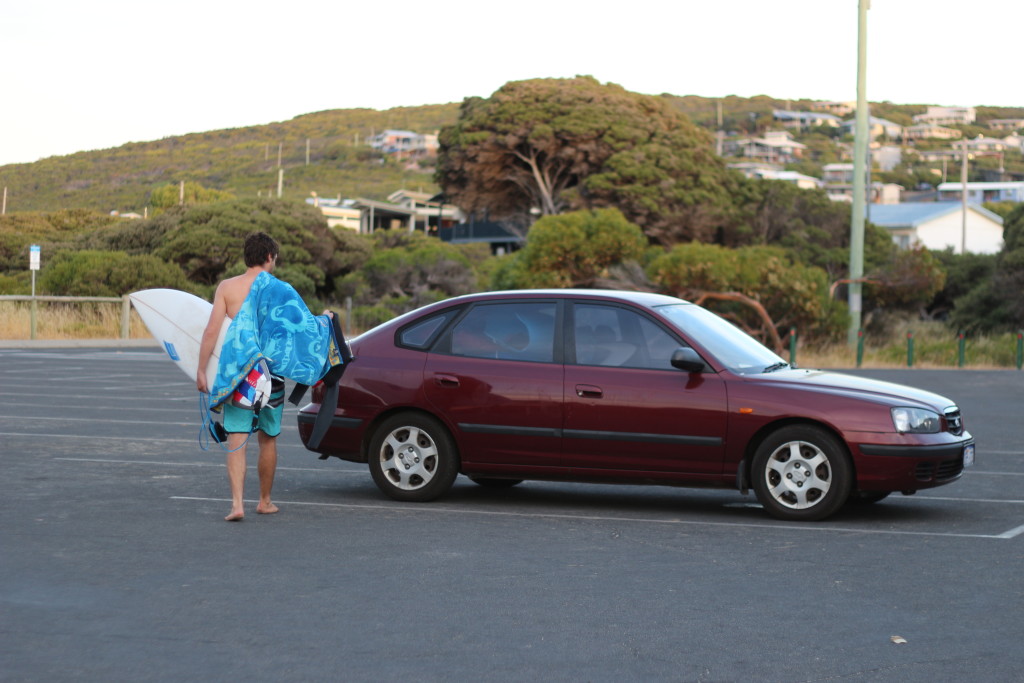 This isn’t a conclusion that I’m alone in coming to, either. At work, the topic of hoarding came up. One of my friends stated simply, “I used to be a hoarder. Then I traveled.” That is it — and that is the only explanation needed. When you have everything you need on your back, you realize how much is superfluous. Other travelers, like Marie from Big Travel Nut, also agree that we should buy less, and travel more. 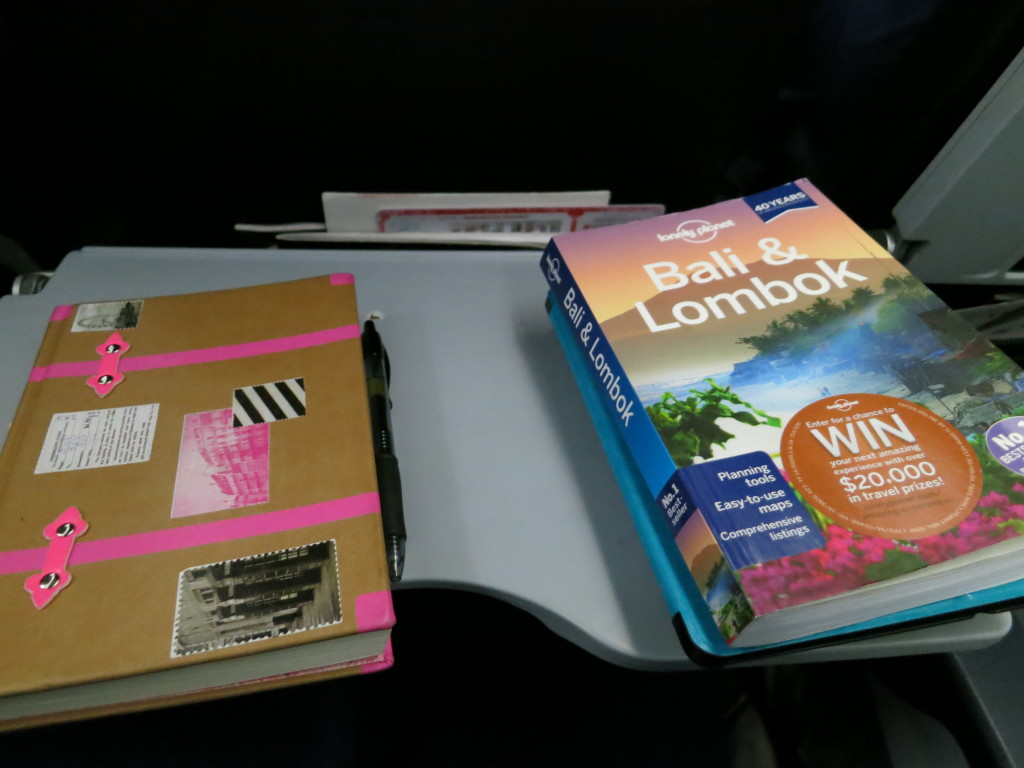 The things you own end up owning you. – Chuck Palahniuk, Fight Club

What is minimalism anyway?

One of my favorite blogging duos, The Minimalists, define it as the following,

Minimalism is a lifestyle that helps people question what things add value to their lives. By clearing the clutter from life’s path, we can all make room for the most important aspects of life: health, relationships, passion, growth, and contribution.

There’s no such thing as a minimalist Olympics, where champion minimalists lie stark naked in a dark corner with their limbs chopped off, gnawing only at lichen to evade starvation. Fortunately for us semi-sane people, it doesn’t work like that.

Some minimalists sleep on the floor, dubbing the existence of beds to be excessive. Other minimalists have lavish homes with walk in closets. It’s a meaningless term unless you apply it to yourself. You can’t dwindle your belongings down to five items and scream, “Eureka! I’ve finally made it as a minimalist!” Editing my bookshelf from having 20 books down to the five that I love is simplifying. Perhaps you have 100 books and see value in keeping them all… Or perhaps you have none yet are an avid collector of ancient Roman tea cups. Everyone is different with minimalism only able to be measured on a personal spectrum.

The Perks of Owning Less

Imagine you wanted to pack up your things tonight and board a plane to travel indefinitely tomorrow. At the bare minimum, most of us would have to find a place to put our car, cancel our phone plans, rent or sell our homes, and store our belongings. Now imagine you had excessive things on top of that and how complicated it would be to board that plane. Bea Johnson, an advocate for zero waste living, has minimized her home so much that each member of her family can fit their entire wardrobe (toiletries included) in a carry-on bag to leave on a moments notice. They regularly rent out their home and take off on long-term trips with only a few hours needed to prepare for the trip.

Minimalism is both an after effect and precursor to long term travel. Having fewer belongings makes it easier to pack up and go, saves money, and allows you to realize how little is needed to see the world. Things get a bit more complicated when you’re crossing different climates, but everything you need on a long term trip should be able to fit in a 65L backpack if packed properly.

Additionally, having fewer things allows you to appreciate what you do have. Every piece of clothing is now my favorite piece of clothing because I don’t have an overstuffed closet with items competing for attention. Normally forgetful, I’ve yet to lose my water bottle* because it’s the only one I have! If I had a cabinet full of them, I’d probably be less mindful.

What’s been working for me

Since I’ve made this discovery pretty recently, I’ve been asking myself a few questions when analyzing what I should and shouldn’t keep or buy.

Despite all this, anyone who enters my bedroom probably wouldn’t pin me as a minimalism posterchild — a bottle of Corona with never been worn bracelets slung over it decorates the top of my desk. Ahhh, but what can I say? I’m a work in progress. 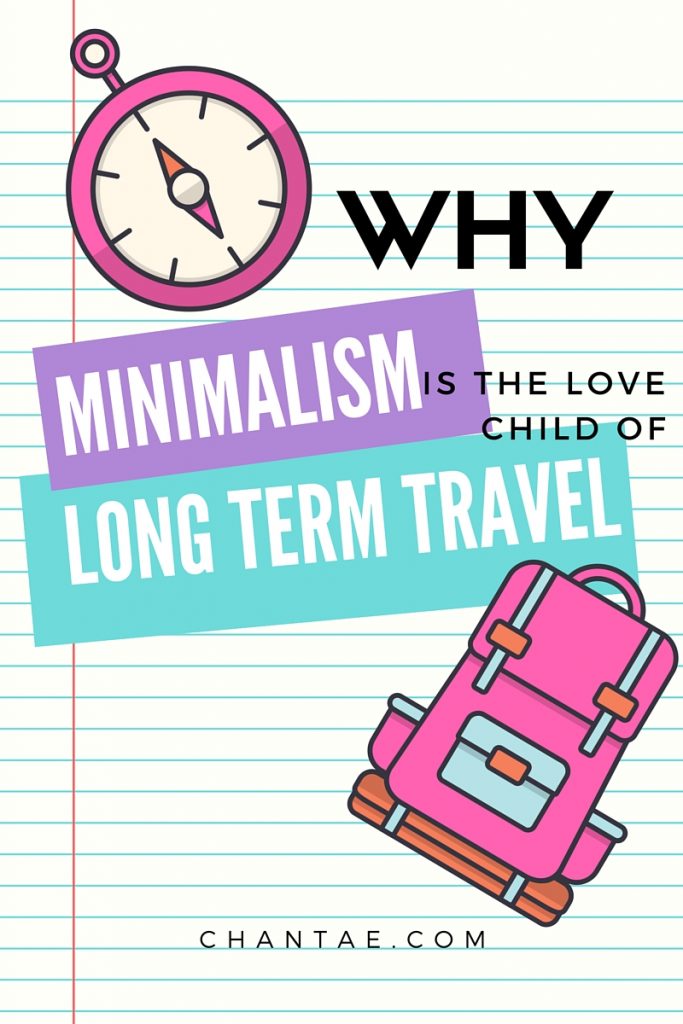 Aside from travel, living minimally has been linked to producing less waste and helping the environment, saving enough money to retire early, and even to an awesome sense of fashion! There are really no downsides to striving for a minimalistic lifestyle. What about you? Has travel helped you see the things that have real value to you? Or is shopping forever your favorite pastime?