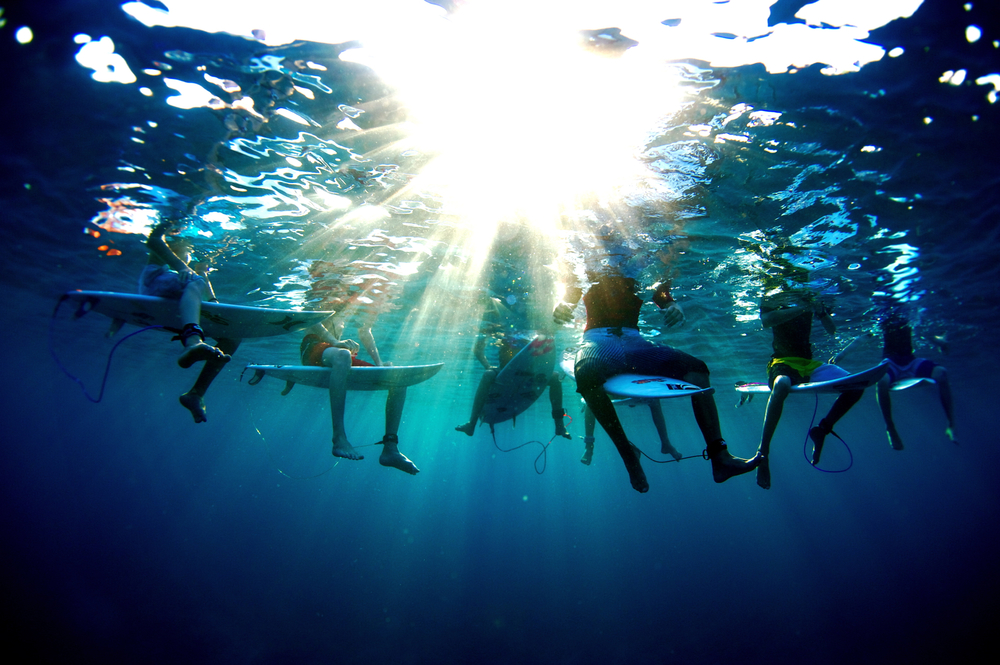 As the son of a sea urchin diver, salt water has always been a part of Morgan’s blood. At thirteen years old, Morgan began shooting surfers off of the coast of Santa Barbara and hasn’t turned off his camera since. His ethereal sense of style was quickly noticed by the giant brands of the surf industry, leading him to a career that’s taken him all over the world, including the remote lands of Greenland and Western Australia. From wild animals to churning oceans to surfers, Morgan somehow has the innate ability to capture the pulse of the world — expertly conveying a sense of space, texture, and energy. He’s obviously a personal favorite of mine, which is why I’m so excited to introduce you to him and his work. First of all, I would love to know what goes through your mind while shooting. What thoughts and observations lead you to capturing the story of your surroundings?

When shooting, I’m usually trying to capture what inspires me — what captivates my curiosity. I love textures and motion, so that’s what I’m usually chasing. I keep my eyes and ears open and let the environment consume me, whether it’s a bustling city or arid desert. After that, everything else just falls into place… What are the challenges of shooting in the water for your surf photos? I imagine that it requires quite a lot of athletic finesse!

Staying in shape and being able to swim for your life is essential, especially when dealing with big waves and strong currents. Sharks, sharp reef, and boats are always on the back of your mind too. There is something magical about being on the exact opposite side of the world of where you are from. Western Australia is one of the most expansive places I’ve ever been as well… the sea, desert, mountains, and forests go forever. You feel truly alone. And the wild-life is second to none. At the moment, the objectification of women is a hot button issue in the surf industry. So many surf magazines feature the classic boobs-and-butt shot of female surfers lounging on the beach slathered in oil. However, I find that your portraits of women show their beauty, athleticism, and skill in a graceful muse-like way without being tacky – as seen especially with Coco Ho. Is standing out in this way a conscious choice that you’re making? No and yes… No in the sense that I capture women the way I naturally perceive them: as beautiful, talented athletes and equal members of society. And yes, in the sense that once I started shooting women, the opportunities and respect that came from appreciating them that way was a huge gust of wind in my sails that I cannot deny has helped me and my career. Do you have a favorite moment that your career as a filmmaker and photographer has led you to?

Every day that I spend in a new, foreign land that I’ve never visited before is a favorite moment. I recently visited Greenland, Cuba, and Japan, and all those places were absolutely sublime moments of my life. From Kelly Slater to Stephanie Gilmore, you’re constantly photographing and interacting with the giants of surfing. How has this influenced you as a person?

Steph and Kelly have taught me so much about athleticism, surfing, and life… to have such worldly apex athletes as travel partners and friends has opened my eyes to so many things I never could have dreamed of learning in school. You get a chance to show parts of the world that most people will never get a chance to see for themselves. Do you consider yourself an ambassador for the ocean in regards to ocean pollution and the environment?

I hope the takeaway from my work is that the world is a beautiful place to be explored and respected. My favorite saying is, “Take just a photo, leave just a footprint.” What advice would you give to others who are aspiring to be creative professionals in the adventure and action sports industry?

The best advice I could share is to shoot photos everyday, and to always challenge yourself! Progression is the most important asset one could have, and paired with passion and creativity, the world will be your oyster. Thanks, Morgan! I’m excited to see some of the new things you’ll show us from your recent trips. All photos and videos in this post belong to Morgan Maassen.