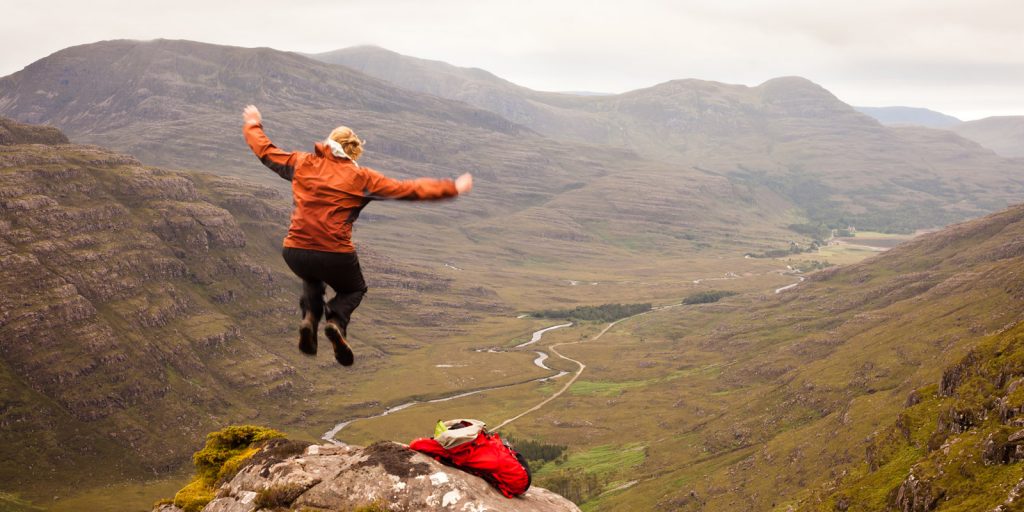 An Interview with Alastair Humphreys: Adventures Big and Small

Alastair Humphreys has inspired millions of people around the world to partake in explorations big and small. He’s cycled around the world, rowed across the Atlantic Ocean, walked through India, trekked through an expanse of barren desert (aptly named The Empty Quarter), ran the Marathon des Sables (and finished despite breaking his foot along the way), canoed the Yukon, crossed Iceland by foot and an inflatable raft, and so much more that I’ve yet to touch on.

In 2012, Alastair Humphreys was one of the recipients for the Adventurer of the Year Award given by National Geographic…

…for his concept of microadventures.

Yep, despite having endless hours trudging in blistering heat and miles covered on frozen wastelands under his belt, Alastair’s advocacy of going on small, local adventures is what you’ll often hear about from him. In an effort to make adventure accessible for everyone — poor in time or money — he’s persuaded many people to live more adventurous daily lives, taking the elitism out of exploration. At 24 years old, you set off to cycle around the world with just £7,000 in your bank account. Can you take us back to how you felt that first day, putting your feet on the bike pedals and leaving your front door? What were your thoughts and feelings?

My thoughts on that day were of fear, doubt, reluctance and an overwhelming sense that I had bitten off way more than I could chew! It did not feel like a happy, exciting start to a trip. I was a beginner, I was out of my depth, and it took some nerve to even commit to starting given that I felt that way! How has successfully cycling around the world affected the course of your life so far?

In many ways it has defined my life since then. People ask me about it all the time, I write and speak about it every week, and it was the trip that enabled me to begin working towards turning adventure into a financially viable existence.

It has given me confidence to tackle new and difficult challenges. It’s shown me how beautiful and kind most of the world is. And it makes most things I do in life feel a little bit unambitious and boring. Finishing a massive trip is a bit of a mixed blessing in that sense!

Can you remember a moment where you were met with unexpected kindness by someone you’d encountered on your journey?

There were so, so many. Syrian families welcomed me into their homes and fed me delicious food. An American family let me stay in their house for a week even though they were going away on holiday – they had only just met me but lent me their home! And on a daily basis people gave me water, directions and smiles. I like them all for different reasons. But as a way of explaining my motives for adventure I’ll pick two for you – crossing Iceland for the wilderness and emptiness; and crossing southern India for the people, the crowds, the noise and the colour. Most, if not all, of your adventures are self-propelled. Why do you choose to adventure in this way?

Because I like to suffer! Physical expeditions are slow and difficult. You have to earn your successes. You learn a lot about yourself. They are also cheap and simple – I like both those things! Being an author and being an adventurer both carry a lot of risk and potential (perceived) failure. What is scarier for you, releasing a book out into the universe or embarking on an expedition?

This is the first time I have ever been asked this question – well done! The fear of public ridicule scares me much more expeditions do. I’m not proud of this, but it’s true! In 2012 you were named National Geographic’s Adventurer of the Year for your zeal of microadventures. What inspired you to be such an advocate of these microadventures?

I was one of several people who won the award. I was inspired to do it because I wanted to show normal people that adventure is accessible and achievable for everyone. Climbing K2 in winter makes for a brilliant story. Climbing your local hill is less thrilling but has greater potential for encouraging mass participation. What are a few of your favorite microadventures to do?

I love the ‘5 to 9 adventures’ – leaving work in an evening and heading out to sleep on a hill for the night, then returning to work the next day. I find stories of people doing this inspiring, exciting and hilarious. I also love swimming in rivers  – it feels so good for the soul.

What advice would you give to people who think they are too afraid to take off on their own adventure?

Work out what is scaring you. Be honest with yourself, really honest. And then you have two choices – either find a way to overcome that obstacle and get on with the trip; or find an adventure that does not have that obstacle standing in its way. Both approaches work, and both have the benefit of overcoming inertia and generating momentum. After that you’ll find it much easier to do a bigger adventure next time. You can find a full list of Alastair Humphreys’ books and videos here. Personally, my favorite is Moods of Future Joys: Around the World by Bike Part 1 (affiliate link) to get started.