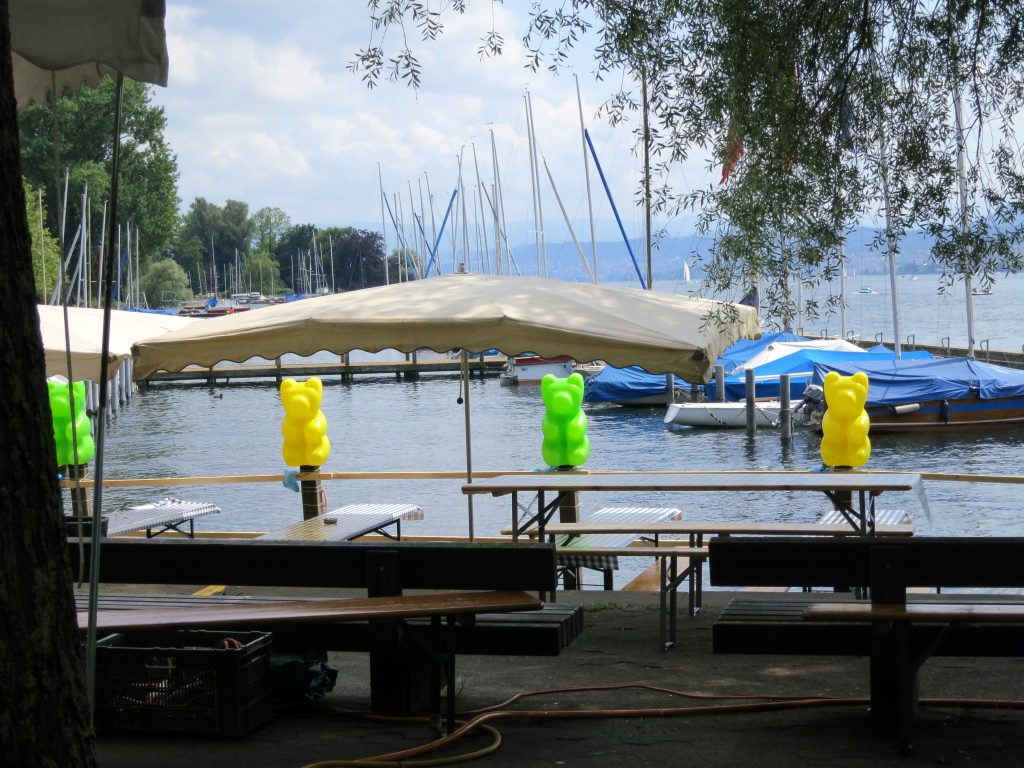 If only they played the gummy bear song

At 17:40 I Regret Joining Rideshares

I’ve mentioned that I’ve been in a bizarre rideshare situation from my ride from Paris to Madrid, but this one tops it tenfold. It’s true that one of the greatest aspects of traveling consists of meeting new people, but it’s also true that since traveling puts you in contact with so many different types of people, you are bound to meet a few strange ones.

I spent a few days in Zurich catching up on sleep and rest. Non-stop movement through Switzerland, bad weather, and a nice apartment to stay in made it easy to stay inside and catch up on my journal for a few days with a few ventures out to dinner with my host and her friends… and I even mustered the energy to walk along the lakeside. I also made a strong attempt to figure out a financial conundrum. Switzerland is insanely expensive – I’ve plopped down $9 USD for a bottle of water at a not-so-fancy restaurant. Trains to Budapest, my next destination, were extremely expensive and flying was simply not an option.

I arranged a rideshare with a Hungarian driver, a Swiss-Jamaican lady, and a German young adult. I stealthily scoped the car quickly for weaponry and drugs, and got in the car feeling alert yet expecting a smooth ride.

That’s the thing about expectations – they are oftentimes very, very wrong.

17:00 I get inside the vehicle and sit in the back seat – behind the German boy and stare out the window. The driver and the German begin talking about cars.

17:30 We pick up Veronica, the Swiss-Jamaican woman.

17:32 The driver mentions that he used to buy cars in Poland and sell them to Russians and Italians.

17:40 The driver recaps a story where one time there was a “misunderstanding” in the car purchasing scheme and he had to escape prison to go find his papers proving the vehicle was his. Eventually, he was caught again and “everything was situated.”

18:00 We are pulled over by the German police. The driver suspects it’s because he looks Romanian.

19:00 We drop off the German and Veronica moves to the front seat.

19:21 I argue with him as politely as possible. Usually extremely stupid questions send me off my rocker, but I did not want to anger a stranger who happened to be driving me.

20:00 The driver goes on a rampage about how the Hungarians will “soak the Hungarian soil with Romanian blood.” The conversation gets increasingly uncomfortable by the minute… he even expresses sympathy for the Nazis.

20:19 “I tried to kill a lobster with my bare hands and I didn’t like how it’s legs tickled my arms when it squirmed, so I don’t think I could kill a human.”

20:32 The seat I am sitting on is literally becoming unraveled at the seams because I’ve been picking at it anxiously for the past two hours.

21:00 We go to a gas station. My phone hasn’t worked because we’ve been out of Switzerland. Veronica begs me to switch seats with her because she hates the crazy driver.

21:30 I take comfort in the fact that this man has a wife and some children (according to his phone background)… so at least they would notice if he came back with a kidnapped American and Swiss-Jamaican… hopefully.

22:30 He drones on and on about his life… details irrelevant.

23:00 He drones on and on about his life… details irrelevant.

24:00 He drones on and on about his life… details irrelevant.

01:00 He drones on and on about his life… details irrelevant.

02:00 We stop for a quick food and bathroom break at a run down gas station manned by a bored attendant. The peanuts I get offer me a sort of gluttonous comfort.

03:00 He drones on and on about his life… details irrelevant. Whenever I close my eyes, he screams that falling asleep is extremely rude.

04:04 He abruptly pulls over in a rest stop and takes a nap.

04:05 Veronica and I wonder (audibly) if this man is crazy… and if he plans on ever waking up. We are apparently less than an hour from Budapest. I entertain the idea of walking.

04:30 The driver awakens as if he never napped… He drones on and on about his life… details irrelevant.

05:00 We can see signs that promise Budapest is quickly approaching.

05:10 We get gas… nothing seems out of the ordinary. I look forward to getting out.
06:00 The driver realizes that he accidentally STOLE the gas. We turn around and head back to the gas station fifty minutes away just as we were pulling into the front gates of Budapest – he rejects my pleas to drop me off first before going back to the gas station.

06:50 We pay the gas station – who had already notified the police. Luckily he’s let off the hook.

8:00 I am dropped off at my hostel with Veronica, who refuses to be alone in the car with him. I don’t blame her, and we share my hostel reservation that I had booked the previous night.

I feel like jumping for joy, but take a nap instead.

Thanks for joining me on my crazy adventures! Please subscribe by entering your email on the right side of the website. It will save virtual lobster babies!