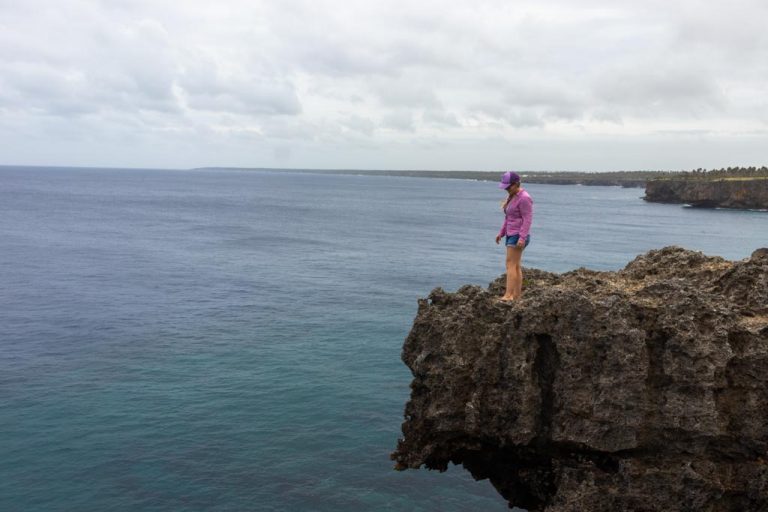 Riding in Cars with Creeps: Hitchhiking Gone Wrong in Tonga

There are many towns that are easy to fall in love with.

Unfortunately, Nuku’alofa was not one of them.

I arrived in Nuku’alofa with every intention of loving this little Pacific paradise. My friend, Hannah, and I were there to go whale watching and explore the country’s capital island, Tongatapu. Surprisingly, Tongatapu is one of the least-visited regions in Tonga by tourists who usually flock to the archipelago’s outer islands with thatched roof bungalows instead. 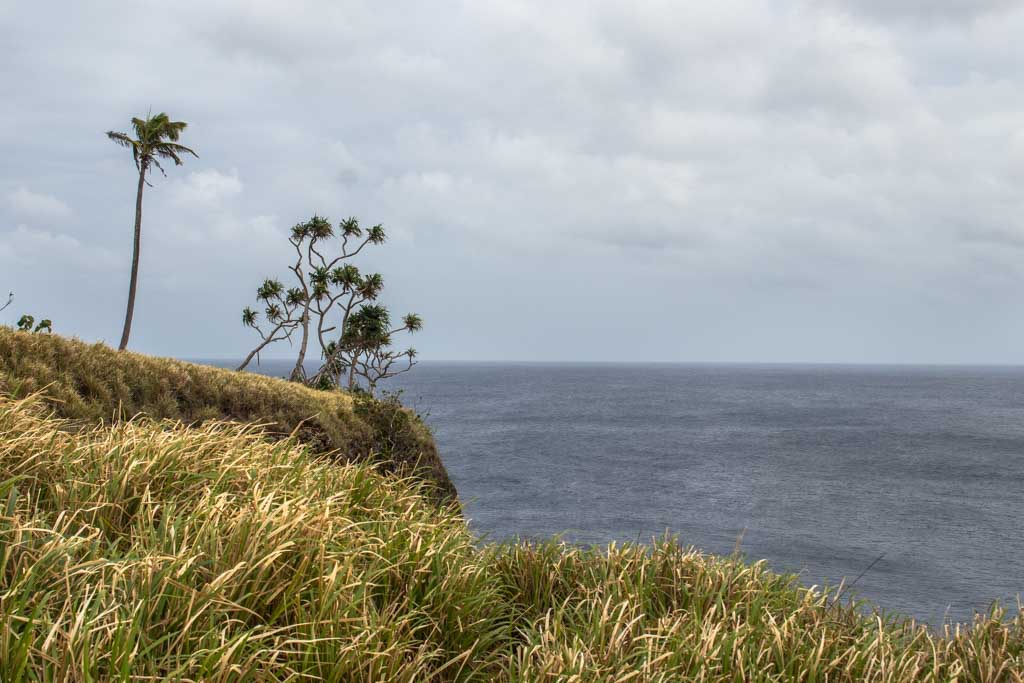 Our arrival was off to a rough start. We arrived at Nuku’alofa’s tiny airport and were met by our friendly hotel owner, who greeted us with a warm smile. We piled into his car along with a pair of other backpackers and learned about the city’s interesting political climate and history. At one point, Hannah asked about the best ways to get around the island. The owner of the hotel answered that hitchhiking was easily the way to go — even the kids do it! If a Tongan sees you walking towards town, they’ll likely pull over and pick you up in the back of their truck.

We checked into our hotel room which we shared with a handful of cockroaches and spiders. A chicken and its two surviving chicks clucked outside our bedroom window.

Hungry, we dropped our bags off and walked towards the main city center. After a few minutes, it started to rain and a white truck with a metal bed pulled alongside us. A man with less than half a set of teeth (and half of these were gold) and a rat tail haircut motioned for us to get in the truck. Intuitively, I thought this man looked like a pervert. His gold tooth glinted at us like the robber’s in Home Alone and his rat tail was hanging on by a few strands of hair. One look at Hannah’s expression and I could tell she, too, thought this man was the type who hides a camera in a bathroom stall.

I internally berated myself for judging someone based off poor dental care and terrible sense of style.

Hannah’s intuition also told us not to do it.

But then we mused, if the hotel owner says hitchhiking is the only way to go, then we should do it, right? The capital of Nuku’alofa is tiny – with only 25,000 residents – and small towns often breed a strong sense of community. Hitchhiking is quite common in Fiji, and I’ve had positive experiences when doing it in a group.

Since it was raining, the man waved us into the front of his truck. We told him to take us down the road and drop us off at a specific café. Since we’d looked at the cafe’s location on Google maps before walking, I knew something was amiss when he started to drive us in the wrong direction.

Under the guise of showing us around, the man gave us his phone number and his name in case we wanted to call him for a tour later. Though he was weird, I typed his information into my phone. I have a notepad document filled with random names and numbers I have no intention of saving.

Then, he drove even further from the town and started asking us personal questions. Hannah and I both habitually answer that we’re married back home – I guess years of living in a world as a woman has taught us that men often accept “No, I’m married” better than they accept “No” in 99% of circumstances. I operate under the assumption that if I hurt a man’s ego, I could be physically hurt myself.

The man put his hand on my friend’s thigh – she was sitting in the center of the truck – and kept complimenting her appearance.

I asked to get out. I told him we were very hungry and wanted to walk.

Hannah and I made eye contact and her expression told me, “We need to get out NOW.”

It was only once we demanded loudly to let us out that he did so. He slowed the truck to a stop — far from where we wanted to be. Then, he smiled at us and drove away.

Every shop around us was closed and there were only a handful of Tongans walking around town. We were exposed as we walked back to our hotel. I felt as though a bulls eye had been painted on our backs. Every white truck that drove past made us flinch.

A few days before, we’d been scuba diving with tens of bull sharks. Yet running into the man from the truck again scared us more.

Hannah and I had been planning this trip for months and talked about our dream of visiting Tonga to swim with humpback whales for far longer. Within hours of arrival, an emotional storm cloud loomed over what was supposed to be one of the most incredible experiences of our lives. We both felt upset, but didn’t want to express it too much for fear of bringing the other down. We’ve even been through tough travel moments together in the past — but this was different.

At the hotel, we told the owner and his girlfriend about our experience. They felt guilty, but there was also a sense of well, at least you didn’t get raped in the tone of their responses. The owner’s girlfriend took us to the police station and the police jotted the name and phone number that we’d gotten from the driver. However, the police seemed to be more concerned with our poor parking job than they were about the sexual harassment. We knew that absolutely nothing would be done.

The hotel owner’s girlfriend mused that maybe some Tongan uncle will tell the guy who harassed us to “cut it out.”

Cut it out – As if it’s a bad habit like putting your feet up on the table or chewing with your mouth open.

To be honest, this experience was just another incident in a long string of sexual assaults that have happened in my life.

I wish I could convey how exhausted I am of this behavior from men and the apathy from the cultures that surround them. I’ve been sexually assaulted by strangers, those close to me, those from my home country, and those in faraway lands. I hate not being able to do as the Tongans do in a place where hitchhiking is the “best way to get around.” I’m so tired of constantly questioning the motives of any male who approaches.

Are you friend or foe?

And many men just don’t get it. Imagine that everywhere you go, a big biker gang member constantly approached you. You know that the big biker gang member can physically overpower you – and they might have a posse somewhere to back them up. However, not all biker gang members are bad – most are friendly. Imagine that wherever you went, there was always a subtle threat of one of them approaching you and acting violently towards you. Ah, and if it did happen, society would say that you’re partly to blame. How would you feel?

I know that writing about these experiences tend to stir controversy among the “everything is amazing and everything is special and beautiful” crowd of travel writers who have been through much, much worse and you don’t see them complaining, do you? Man, like, are you even a traveler if you haven’t been jumped on a train and stabbed in your eyeballs seventeen times? If you don’t like the downsides of travel, stay home!

I know that I’m supposed to write about how amazing Tonga was.

And it was! Outside of Nuku’alofa, that is. Many people really love Nuku’alofa. Go find their posts and look at pictures of Meghan and Harry’s visit if you’re so inclined. Personally, I didn’t enjoy being sexually harassed, hearing Palagi! whispered by taxi drivers to their friends on the phone, and sleeping in a hotel overrun by cockroaches and peppered with rat turds.

Travel, like life, isn’t always amazing. Anyone who thinks of a place or culture as wholly good or bad is either ignorant or lying. There is no utopia. 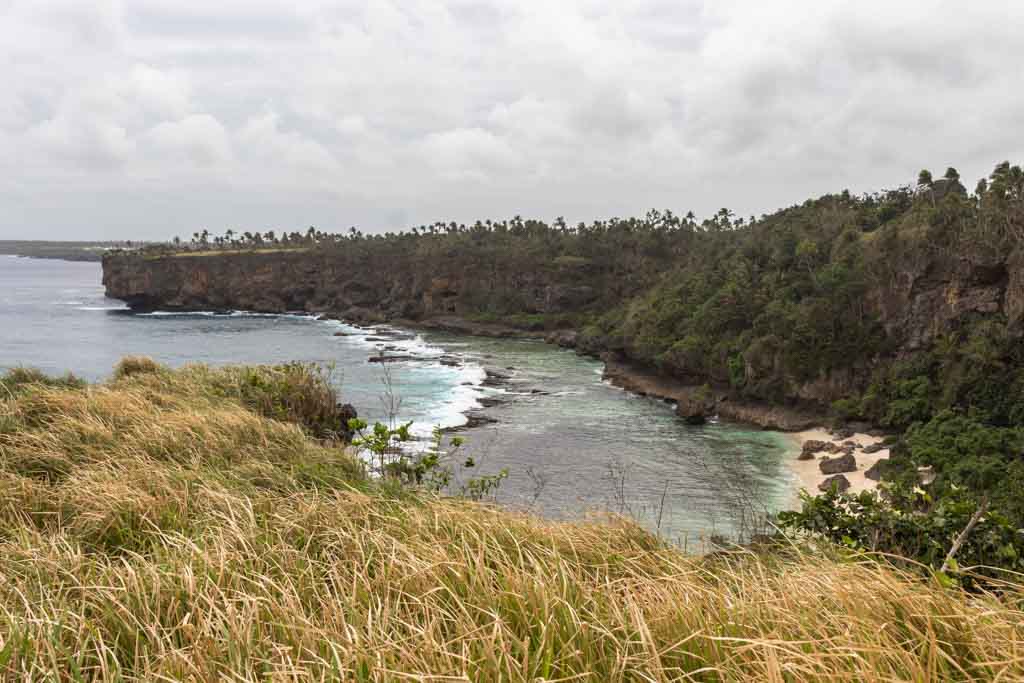 I would write more but I’m tired.