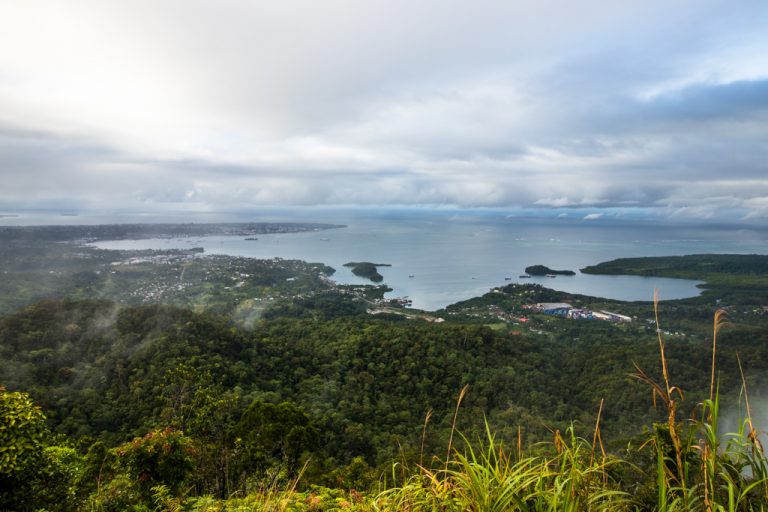 At 5:15 a.m., two friends and I piled into a taxi and drove towards Mount Korobaba, the highest point in Suva.

The start of the trail to Mount Korobaba isn’t well-marked. In fact, the only hint we had about where it started was a vague sentence about it running along a cement factory.

As we drove through the neighborhood near the base of the Mount Korobaba, dented white car trailed behind us. Our taxi driver slowed to a stop and asked the people in the car if they knew where the trail to the top of Mount Korobaba started. The driver of the car nodded yes and waved for us to follow him.

The white car led us to the end of the road where the trail turned from asphalt to dirt. The taxi driver parked, took our fare, and and then sped back down the hill — leaving us with the white car.

We looked around and saw an old water treatment facility, but couldn’t spot the cement factory.

The driver and the passengers of the white car got out and stood around us. They began to pry about where we lived, where we were from, where we were going, and if we had a map. Something about their demeanor made me uneasy. Why would a car full of people lead a group of foreigners to a dead-end road? I thought about my camera sitting at the bottom of my backpack and sized up the group. We could easily outrun most of them by sprinting straight into the forest. They asked us if we knew our way around here. 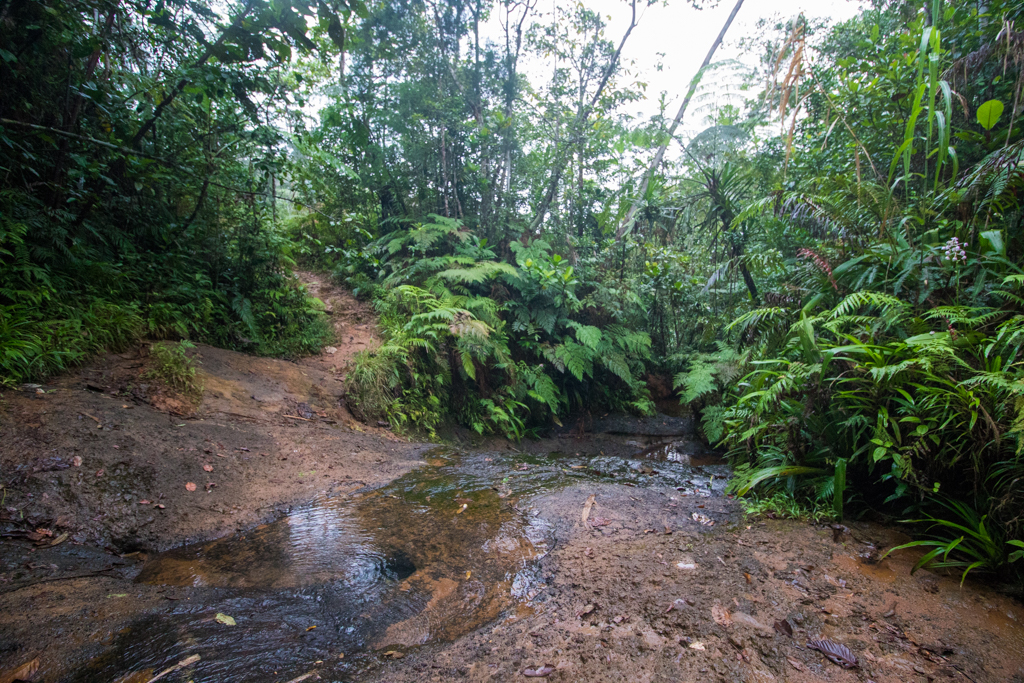 No, that’s why we followed you.

After a few minutes, one of the women from the white car asked us for money. 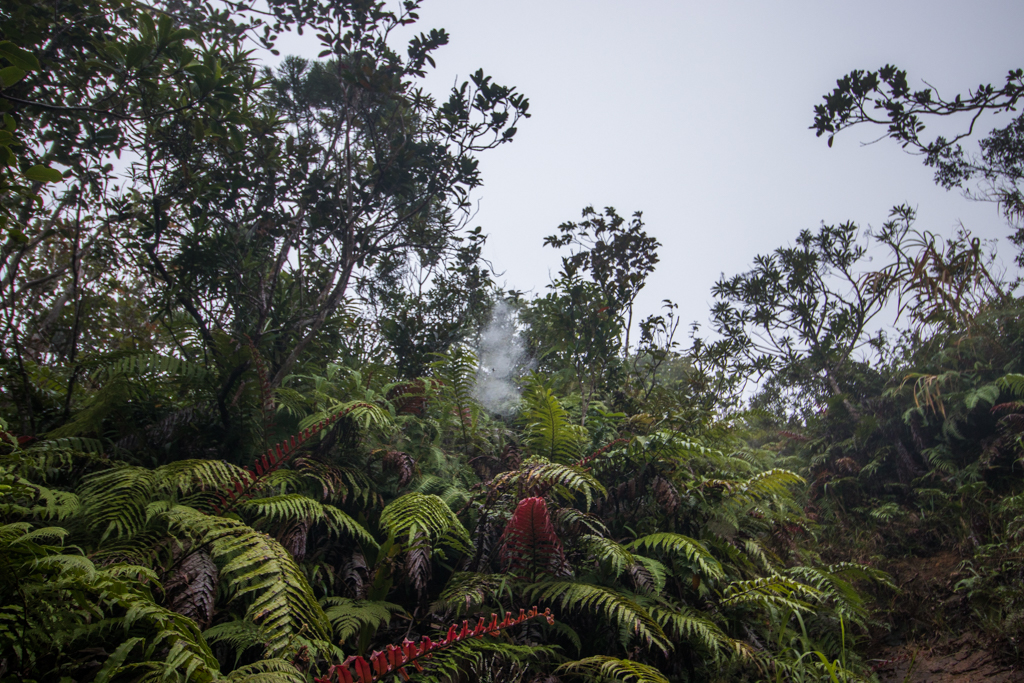 There is an ever-present tension between locals and expats in Fiji. The local minimum wage in Fiji is around $1.50 USD per hour. Meanwhile, non-government and non-profit organizations offer competitive Western salaries and housing packages to attract expats. Sometimes, an expat will make more money than a Fijian in the same field — eventually causing the Fijian to seek work in a country where his or her work will be valued at a higher price. The pendulum of reality is always swinging between aid-that-Fiji-genuinely-needs and neocolonialism. So, I can understand why a car full of Fijians in a poorer neighborhood of Suva saw a group of white people as an opportunity to make a few bucks. (Of course, this topic deserves an entire conversation of its own and needs much more nuance than I can provide in a guide to hiking Mount Korobaba.)

Bored of us, the car of locals drove away and we walked to what looked like an entrance of a thin trail. As we ducked under branches and dodged deep puddles, it became obvious that we were not on the main path to the top of Mount Korobaba.

“Do we turn back?” One of us would ask after walking into a large spider web.

“We’ve walked this far, let’s just keep going a little further…” another would muse. The sunk cost fallacy is hard to resist. It wasn’t like we had a car available to take us anywhere else.

After twenty minutes of going just a little further, we finally made it to what looked like a main trail. Then, the dilemma was, do we turn right or left? My friend’s intuition led us strongly in that direction, so we went along with that. 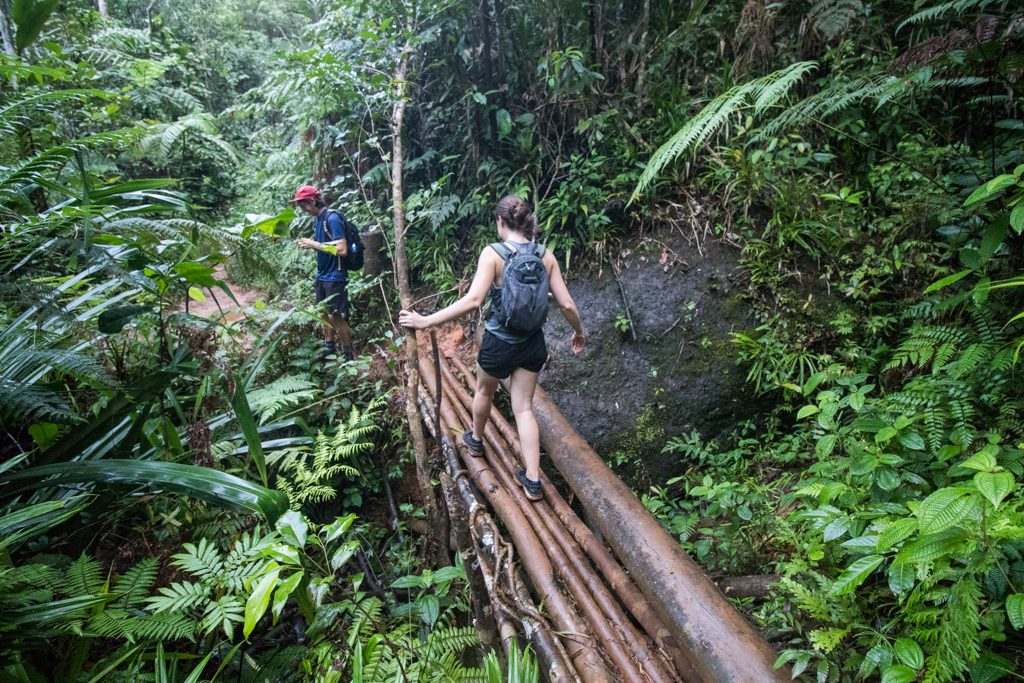 As we walked up the side of the mountain, you could slowly see the sun creep over the water and start shining on Suva. Fog crept through the trees and masked our view. We waited at the top for a few minutes for the fog to clear and when it did, we could see waves breaking at the local surf spot and ships navigate in and out of the harbor. 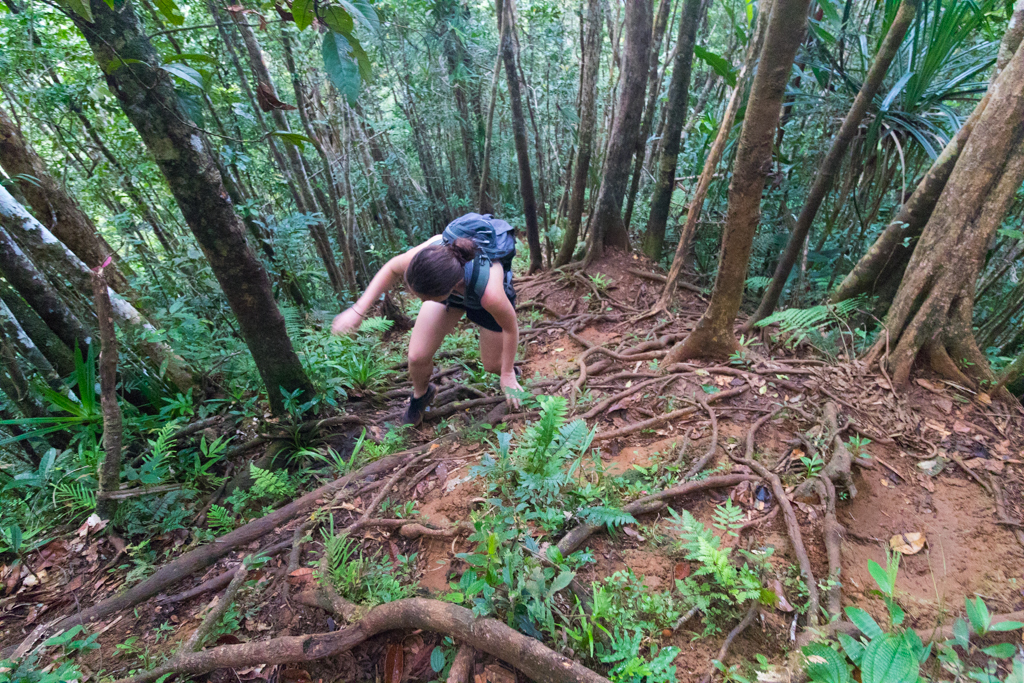 We took the main path all the way down to the base of Mount Korobaba. It did indeed weave alongside a cement factory. The workers smiled and waved as we walked past the fence. Caked in mud, we flagged down a taxi to take us to the Royal Suva Yacht Club for the coffee we felt like we’d deserved. 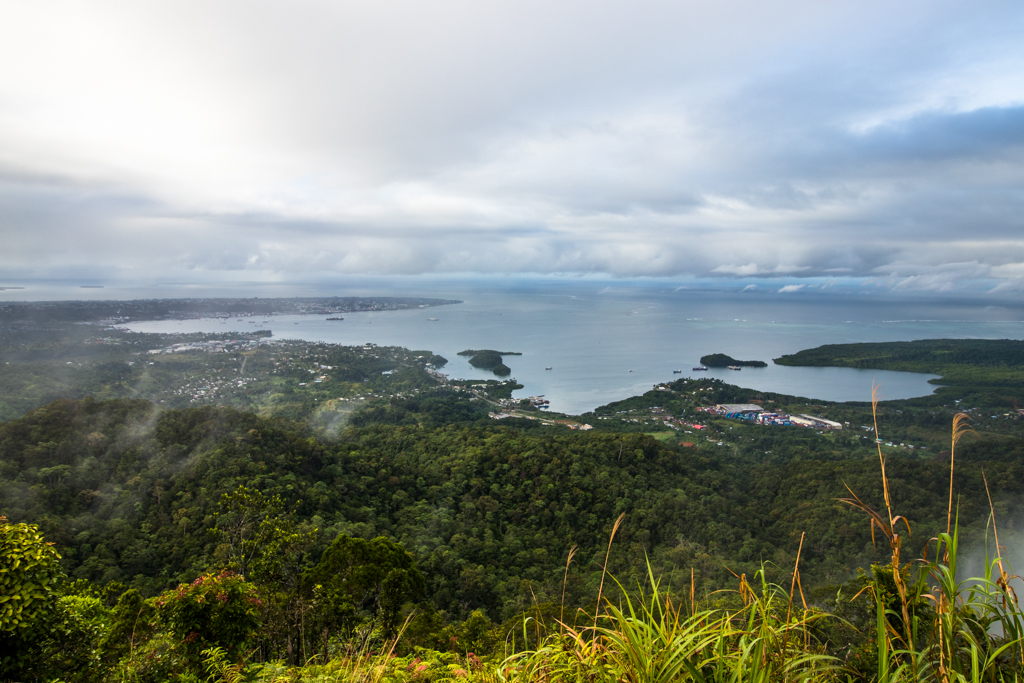 While hiking difficulty is relative, I believe Mount Korobaba is a medium-difficulty hike that takes around 2.5 to 3 hours to complete. There are some steep sections that are quite slippery. Bring a backpack to store your water bottle and camera so that you can have your hands free for extra stability. Because it’s Suva, you’ll need to pack sunscreen and an umbrella just in case. 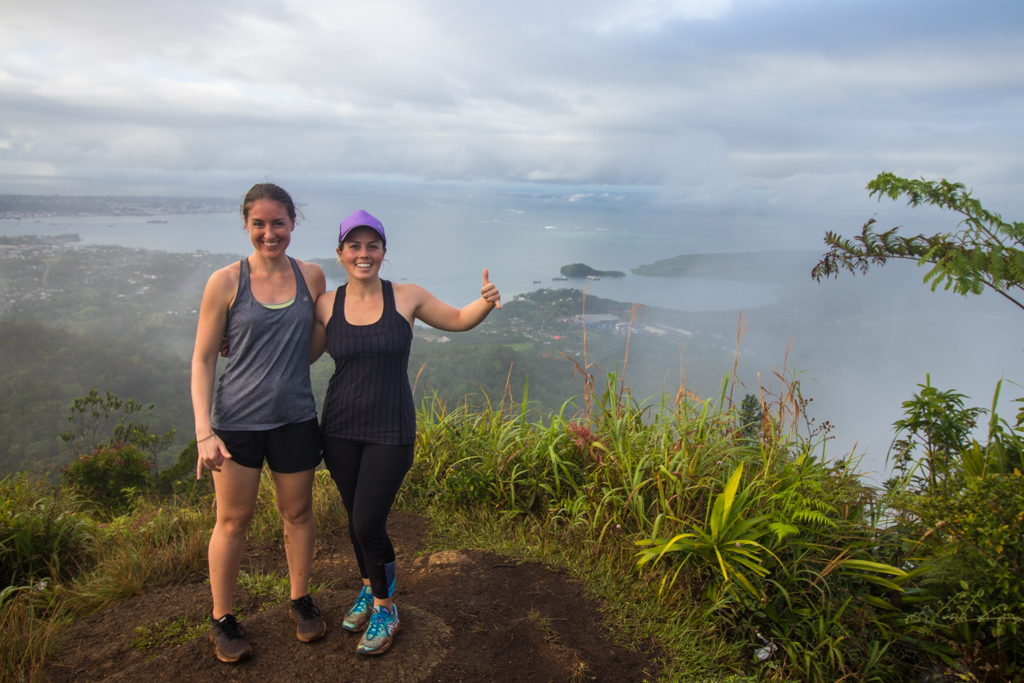 Map of where to start your hike up Mount Korobaba