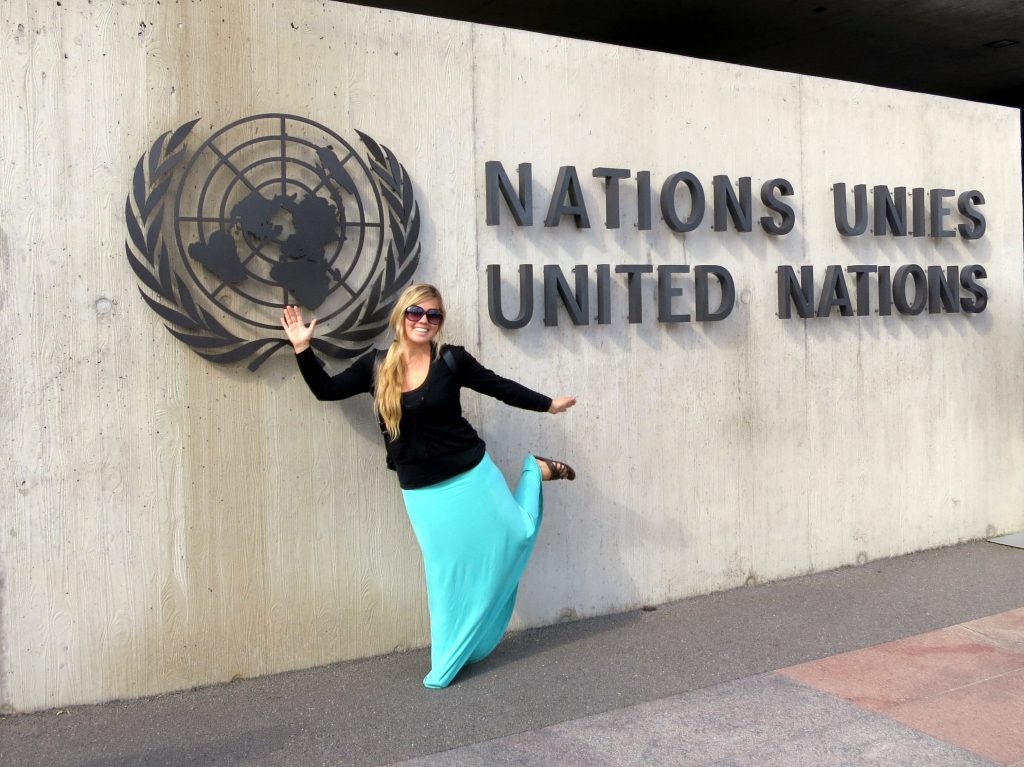 I Ran Into A Mediterranean Romeo & Juliet in Geneva, Switzerland

After Switzerland handed me a plate of harsh weather, I changed my clothes and dubiously embarked back out into the city. Part of me wished that I invested in a helmet before continuing onward, but I figured that my karma was good enough to a point where hail the size of marbles and golf balls wouldn’t pelt me a second time… at least, not a second time in one day.

And to be honest, I wanted to get out of my couchsurfer’s house because he ended up being somewhat of a Canadian chauvinist with what I interpreted as some form of Napoleon complex. The first few minutes in his home (he had other female roommates) he began telling me about his not-luck in Switzerland. Apparently, “the Swiss chicks are just as intimidated by a real man as the Canadians b*&#$es are when they see one!” Something tells me if you have bad luck with the two out of two national populations you’ve dated, then you’re doing something wrong with females in general.

I caught the tram to the Red Cross Museum. I loved the alone experience of going through it at my own pace, letting information seep into me while I looked over pictures and pamphlets passed out by the Red Cross during major world disasters.

The mood was ruined only slightly by the fact that a rowdy group of 5th graders were taking their time through the museum as well. I was constantly speeding up in front of them so as to not be inundated by the voices of 10 year olds bickering in French, trying to avoid knocking over any displays in their bouts of cat fighting.

The most impactful sections were first, a display of artwork by people made during times of distress – either as prisoners of war or held in concentration camps. It’s amazing how the need to create perseveres even when the most basic human needs are stripped away. There truly were cases where people created something meaningful out of small scraps of nothing.

Secondly, the photograph’s of hundreds of children’s faces who were documented as unclaimed during the time of the Rwandan genocide. I examined their expressions, attempting to read into their little minds. What were they feeling? Did they trust who was photographing them?

After the Red Cross Museum, I walked a short distance to the United Nations Headquarters and scheduled myself for a tour. As a political science major, I geek out at large governmental buildings, so this was a joy for me despite my own very complex views of the UN itself – in short, I have a love-hate relationship with the UN itself. Still, I felt connected to the rooms that housed the signings of acts against atrocities that are so relevant to the world we live in today.

Long ago, Moritz asked me what most people thought of when they thought of Germans. I responded with, “They love things made of metal.” Imagine my joy when I walked through a gallery of artwork given to the headquarters from every nation. From China, a large tapestry hung up on the wall filled with vivid colors. From the US, plaques of text art displaying the civil rights. From Germany, three circles made of metal nails… painted in various shades of grey. They say stereotyping is wrong, but how else can you explain this?

I went back to my host’s home and examined his garden that was inevitably destroyed by hail bombardment. “Hibiscus is the most sensual flower…” his voice rang in my head. I remained locked out until one of his roommates let me in.

In the evening, my host brought me with him to an outside music festival. I joined some Swiss girls on the dance floor and had an amazingly good time dancing around to the salsa music.

A couple lingered around me for the entirety of the night – a Greek girl and Macedonian boy. For those who don’t know (I didn’t) Greeks and Macedonians are mortal enemies… the boyfriend spout out their Romeo and Julietesque love story to me.

Romeo: After the three date, I tell her that I love her. She say that she does not know me well. I was supposed to move back to Macedonia. So I do. Then after a week in Macedonia, I call her and tell her I love her again. She does not take this well.

Juliet: It’s true. I thought he was crazy.

Romeo: So I showed her I loved her by getting a tattoo of her as an angel on my back. To me, she is my angel. So she says ‘OK we do another date.’ So I move back to Geneva the next day.

He pulled up his shirt revealing a very thin and masculine looking drawing of the girl with angel wings.

I quickly glanced at my couchsurfing host, who also heard the love story, he was stifling a grimace… much like myself. I don’t know if the tattoo was more creepily romantic, or offensive.

He also told me that he taught her how to box. My eyes drifted to her wrist that was wrapped in a cast…

“Yeah, she broke her hand punching me.”

“Hmm…” I awkwardly respond, “love is a battlefield.”

They lovebirds fought the entire night after that, concluding with her drunkenly riding her bike home and him stumbling after her by foot.

My final day was spent with me topping off the rest of the touristy destinations I hadn’t seen yet.

Such as the chocolate isle of the grocery store…

The jet stream on the lake…

And finally, the flower clock!

I also witnessed this poor fellow try to pet a swan, which was painful for us both.