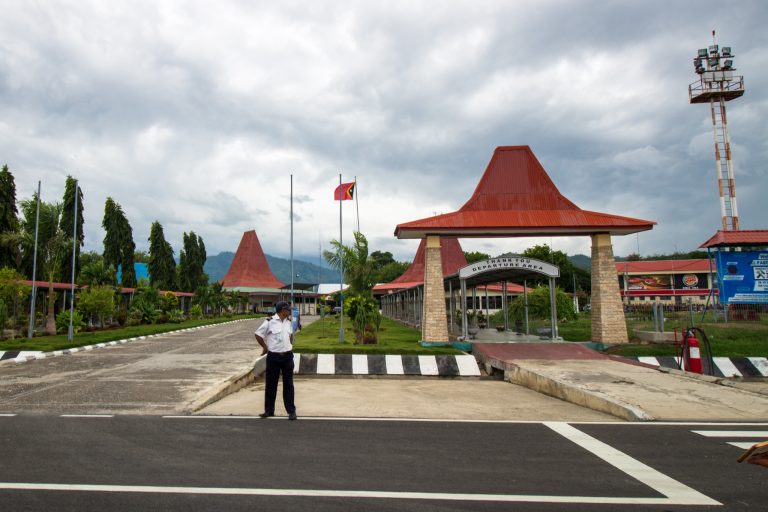 A few months ago, I went on a spontaneous (and hectic) trip to Timor-Leste with a couple of my friends. Truth be told, I probably couldn’t point it out on a blank map and knew nothing of its complex history before my visit. It ended up being one of the most interesting places I’ve ever been to, and I can’t wait to share all the mayhem — both good and bad — that took place. 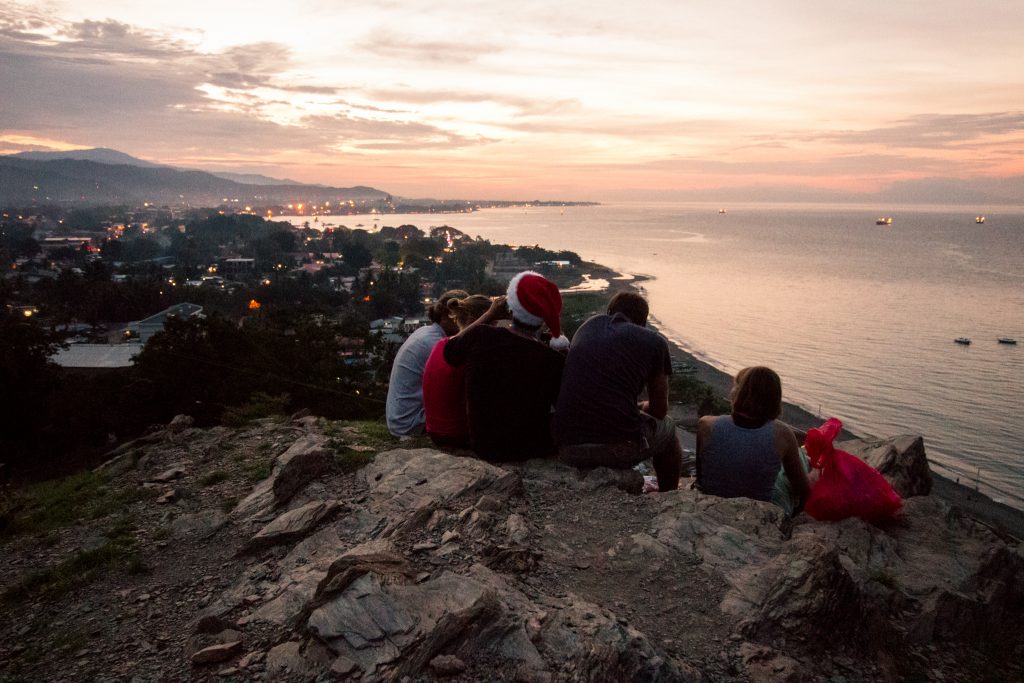 A brief history of Timor-Leste

Timor-Leste is one of the newest countries in Southeast Asia.

Timor-Leste has had a dark and deep history of occupation. First, the Portuguese came and occupied the country from the 16th century until 1975, when Timor-Leste declared independence. Of course, because humans are greedy, the Indonesian government invaded just nine days later.

The Indonesian government was extremely brutal with the people of Timor-Leste and enforced a strict regime with a strong military presence.

Much of today’s infrastructure was created by the Indonesian government, who built roads and schools during their time of occupation. Then, the Indonesians caused widespread hunger throughout Timor-Leste and killed nearly 20,000 Timorese people.

A rebellion striving for independence was led by a resistance party called Fretalin, and eventually, in 1999, the U.N. moderated a vote where the Timorese could vote to either stay occupied by the Indonesian government, or create a new state. 78.5% of Timorese opted to create a new country and Timor-Leste was born. 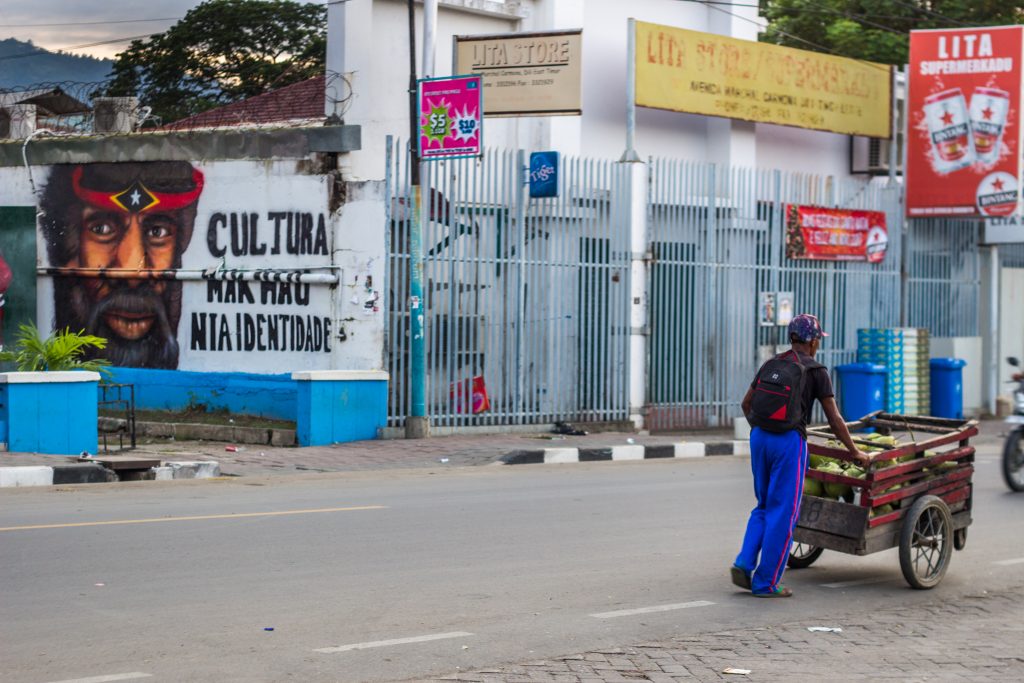 But the Indonesians did not leave peacefully. They employed a scorch-and-burn campaign on their way out, destroying Timorese land, killing over 1,000 people, and creating over 300,000 refugees who fled to West Timor.

To date, the country has still not fully recovered. Though there have been solidarity movements and aid workers are constantly stationed in Timor-Leste, tourists have kept their distance.

Of course, the history is more complicated than what I can talk about in a blog post. Today, the Timorese have yet to develop a completely independent government. Many welfare programs are led by foreign aid organizations and there is tension with Australia, because the Australian government exploits Timorese oil.

A few days leading up to my trip, I worried about contracting malaria or contracting some other nasty mosquito-borne disease in a land with such limited healthcare. Armed with a full-length mosquito-repellent outfit and the strongest DEET that I could find, I hopped onto a flight from Bali to Dili with two of my best friends. 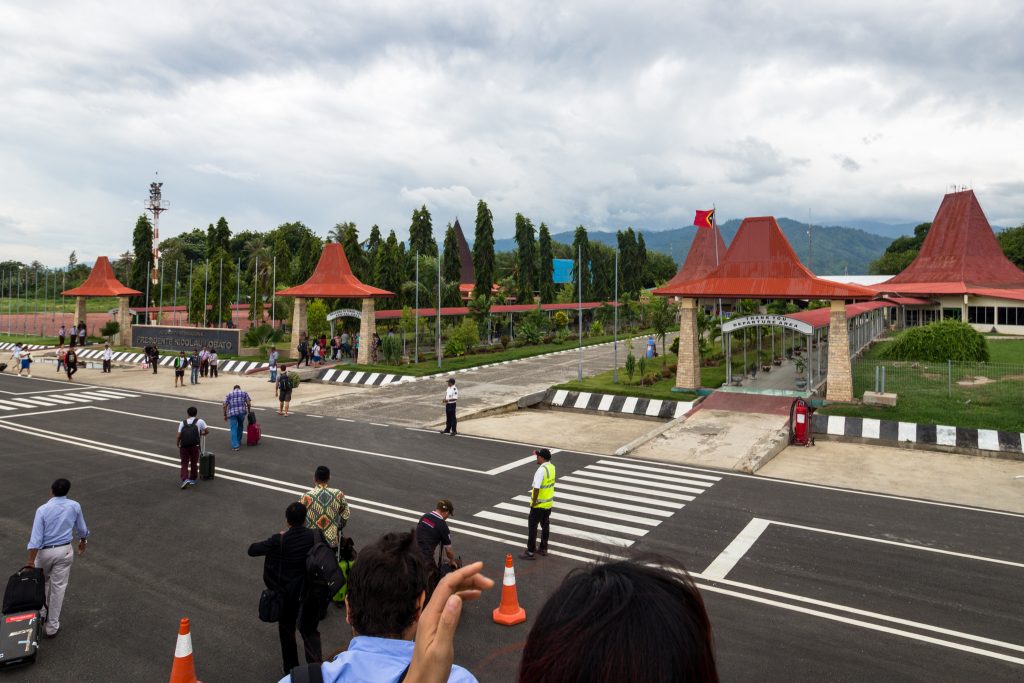 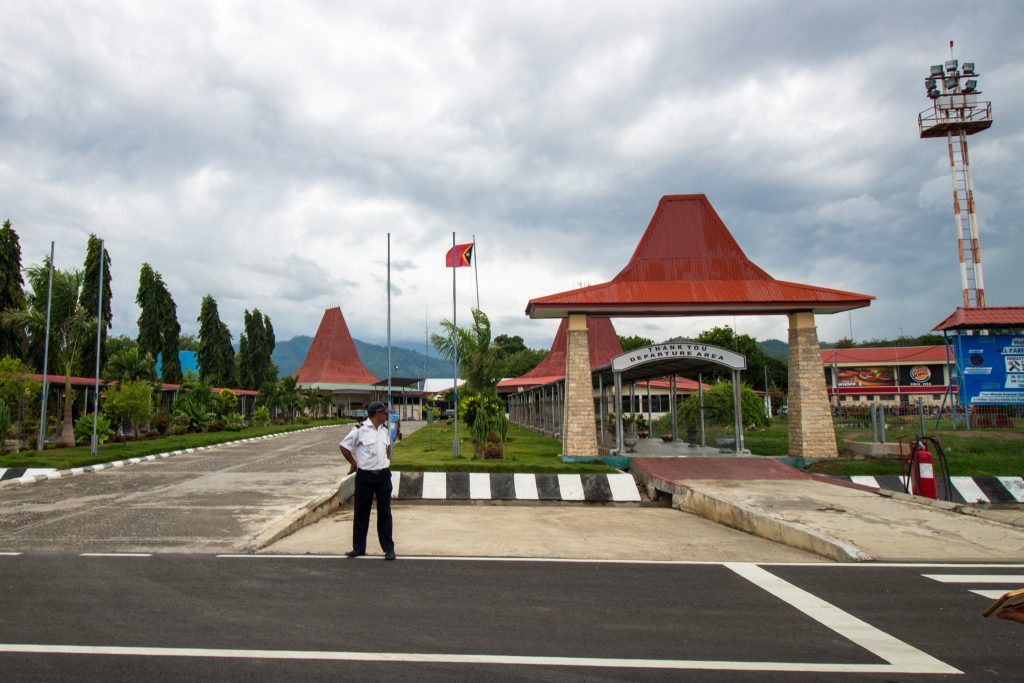 Our plane landed at the only major airport in the country, named after one of Timor-Leste’s strongest resistance leaders. We filed into line and my ears perked up once I heard an American accent.

“What brings you here?” A man from Nebraska asked. He stood next to a fellow cornhusker.

“Jesus.” The shorter man responded, “I woke up one day and had a calling – Jesus was telling me to go to East Timor.”

“Well, Jesus told you to come to a pretty random place!” I laughed as I pictured Jesus sitting on the edge of the bed being like, “Yo… Steve. My man. You gotta pack your bags. My homies need you over in this tiny country that you’ve might’ve never heard of.”

Thanks to the Portuguese influence, East Timor is predominantly Catholic. Then, once the civil war ended, aid workers, U.N. peacekeepers, and religious missionaries from all around the globe poured in. I wondered if the men were here strictly for soul saving or also for charity work, but didn’t probe.

A gruff customs worker asked me why I was visiting. “Tourism.” I answered. He lifted an eyebrow and said, “Tourism?” I nodded and he waved me through to a yellowed waiting room. Taxi drivers beeped out front.

The friend who lived in Timor-Leste full time, ran up to us and called us over to the taxi he’d retrieved. The taxi driver had a mean mug and chucked our bags into the trunk. When it wouldn’t close, he gave an, “ah… screw it…” shrug and hopped into the driver’s seat. (Must every taxi driver in the world fulfill the ratbag stereotype?) Tens of tiny mirrors filled the front of the car. 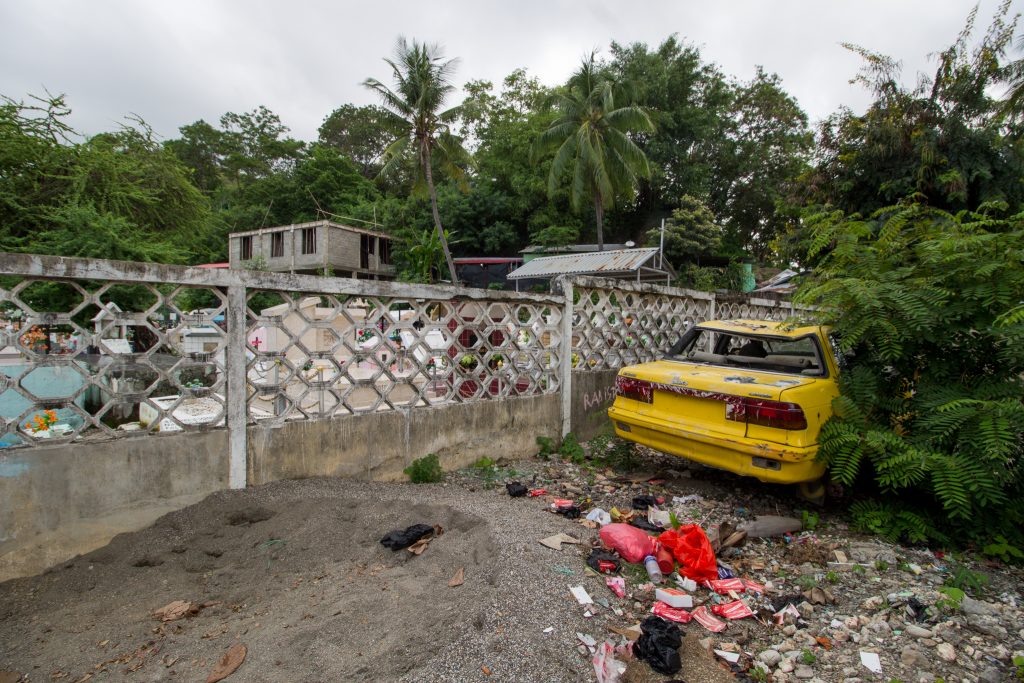 We weaved through dusty and dilapidated buildings, past old cars, and airbrush painted buses with rasta colored motifs until we arrived at our compound. Groups of Timorese men hung around on the side of the road and in front of shops. Thatched-roof huts stood between concrete structures. At the compound, “Merry Christmas 2017” written in spray paint welcomed us at the entrance. 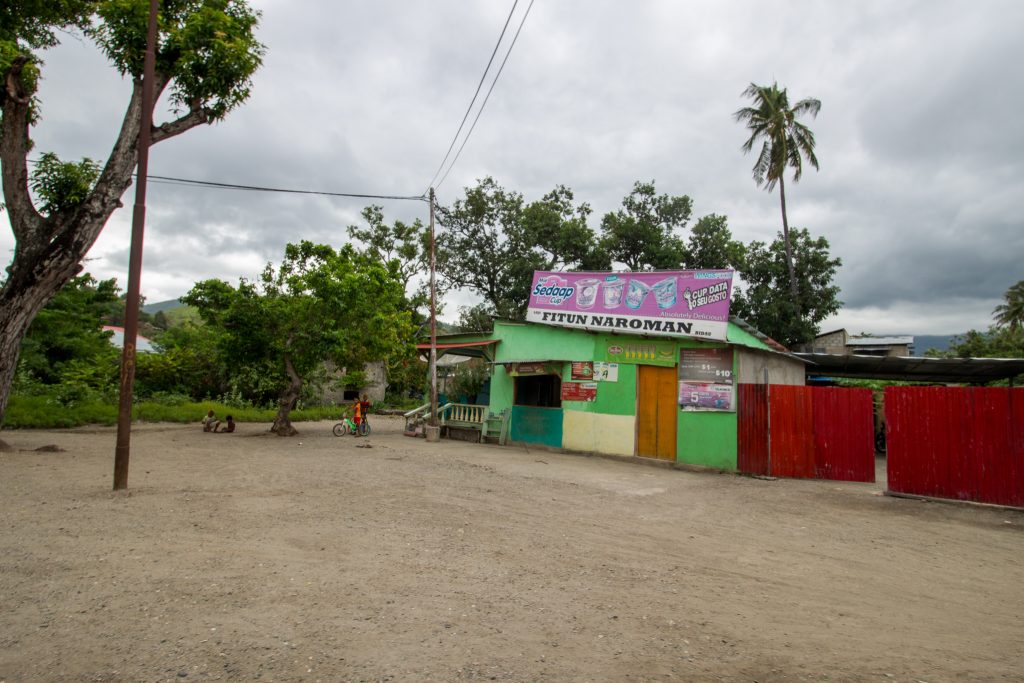 Inside the gate, sounds from the neighborhood – squeals, barks, bleats, and cat howls painted the air.

Expats in Dili say that the Timorese took their villages and brought them to the city. 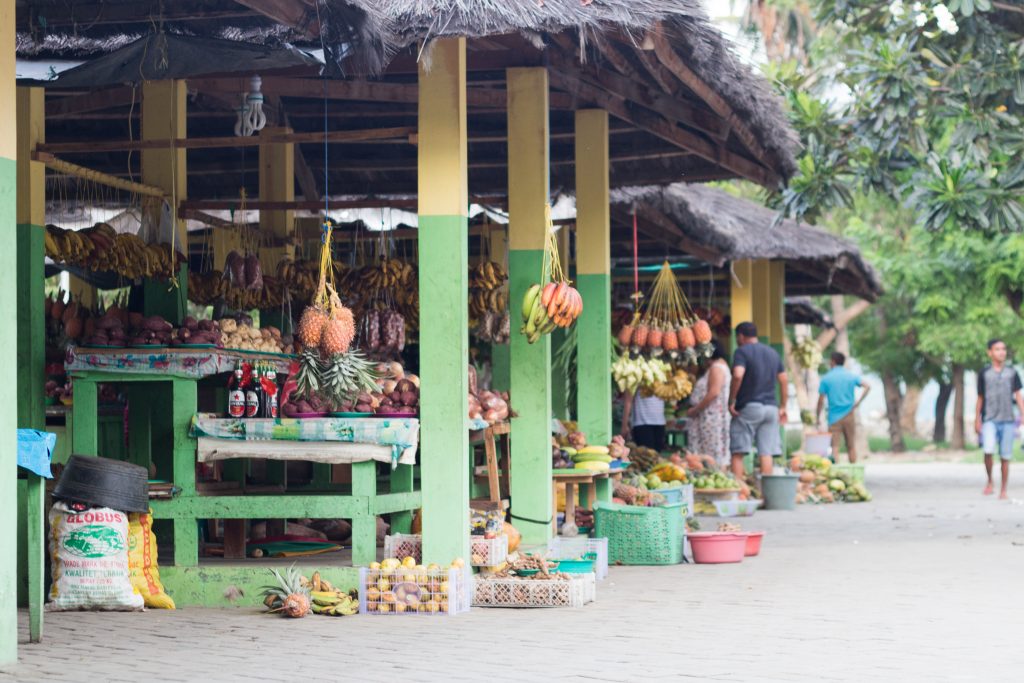 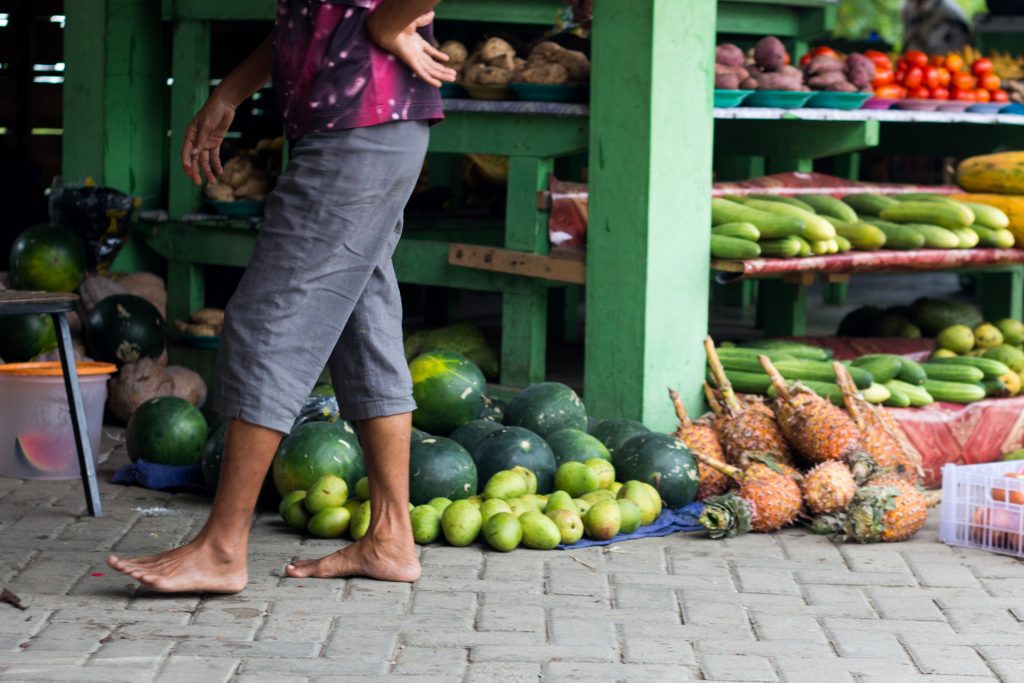 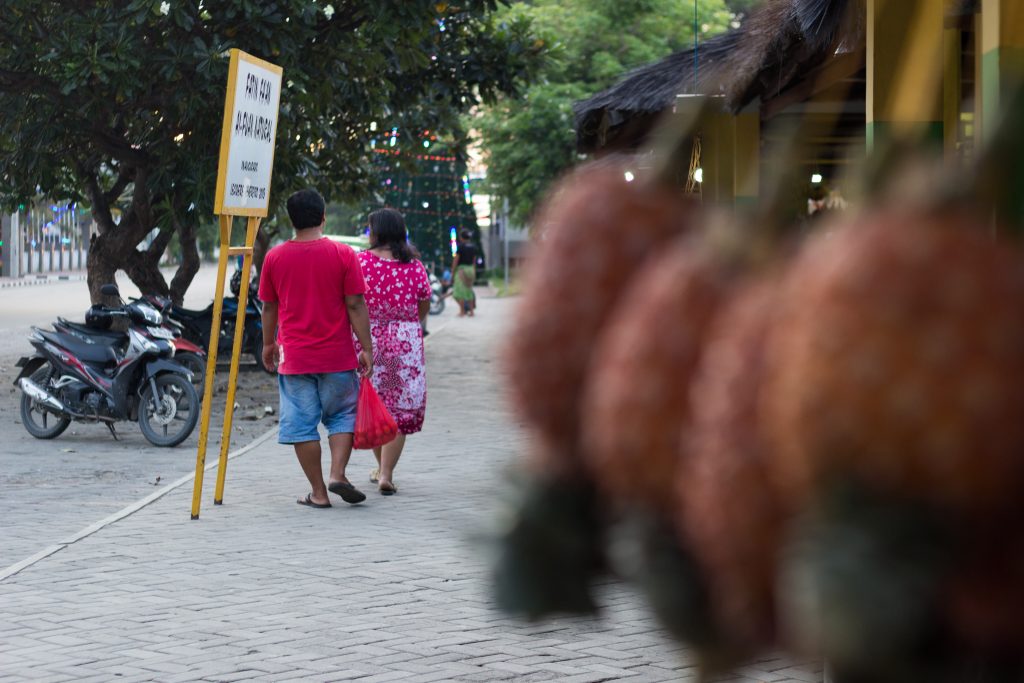 There were a few others in the group yet to arrive, forming a group of six total. I was new to the group, and felt slightly nervous about how the trip would pan out. Would I feel like an outsider, being the only American in a group of Dutchies? How would I cope with being along for the ride on a trip led by others?

Fortunately, everyone was very friendly — but there was an awkward moment when I preemptively refused to drive a motorcycle on one of the trips we had planned. First, I’m not great at driving one anyways. Second, my insurance wouldn’t cover me if anything happened. A few in the group pressed the issue. I’m sure that if you’d named most likely ways to die in Timor-Leste, motorcycling with shoddy skills over potholed, chaotic roads would top of the list. So, I stood firmly in the hell-to-the-no camp. 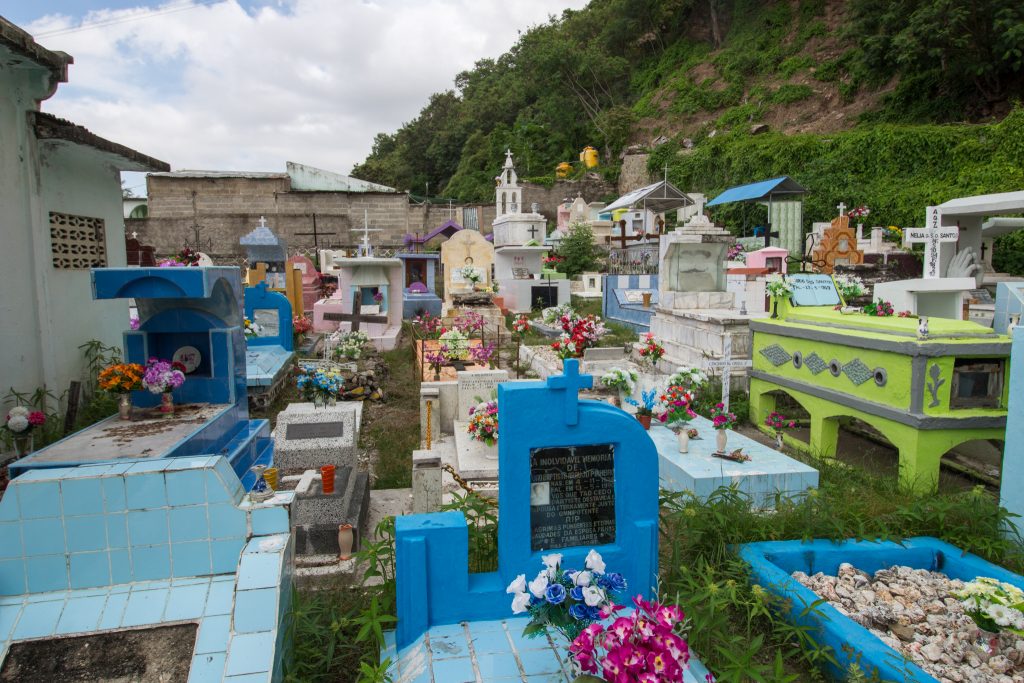 If you don’t advocate for yourself, who will?

I hated feeling like the trip was off to an uncomfortable start, but the Timorese dust settled and alternative motorcycle logistics were worked out.

We drove (er, well, another drove with me riding pillion) to a nearby restaurant and dined on noodle soup by the sea. Because of all the foreign aid that comes in, prices in Timor-Leste are astronomical compared to the rest of Southeast Asia. The currency is the U.S. dollar. Coming from Bali, my $15 meal was a stab to the wallet.

After a long day of traveling, all six of us piled into one bedroom where we slept on air mattresses and yoga mats for the night. Around 2 a.m., the power went out and with it, so went the air conditioning. The Timorese heat combined with the temperature of six bodies turned the bedroom into a hot box with more sweat and humidity than a frat-house dance floor.

I turned over all night, waiting for morning when we’d pack up our things and take a boat over to an island surrounded by coral reef. Timor-Leste was already starting to feel like a grand adventure. 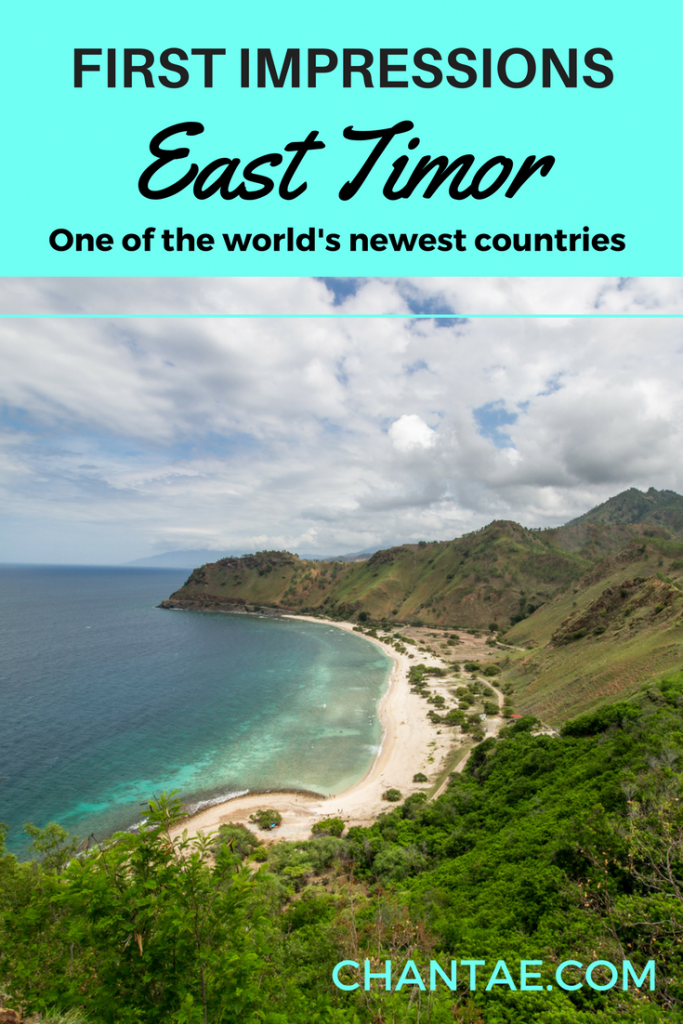 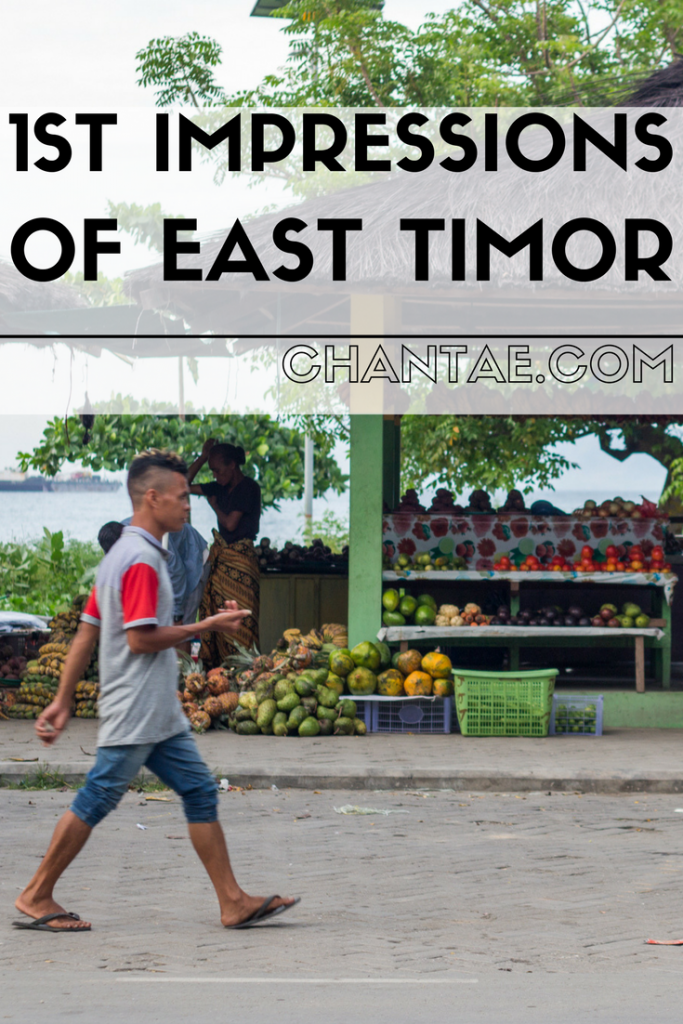