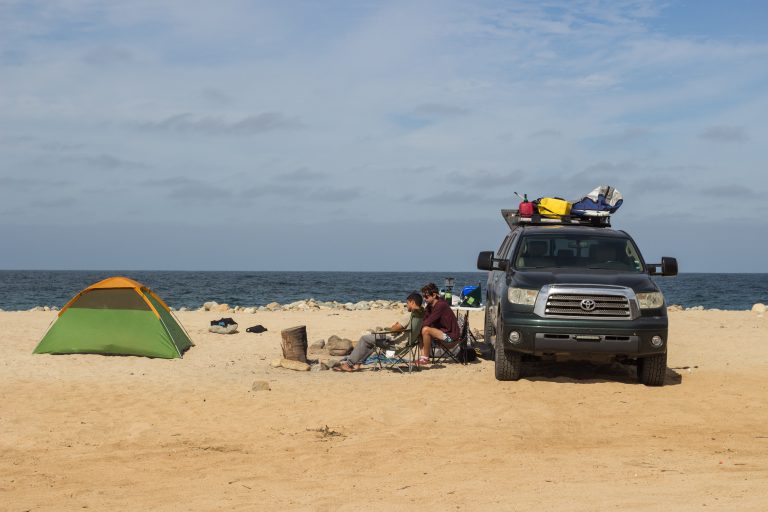 The Final Stretch of the Baja Peninsula, Mexico

Driving the entirety of the Baja Peninsula is a strange experience. Unlike many other road trips that span hundreds of miles, the scenery and environment doesn’t change as drastically from one region to the next in Baja. Red sand and saguaro cacti span for miles until you hit the coastline, but somehow, the view outside remains mesmerizing. 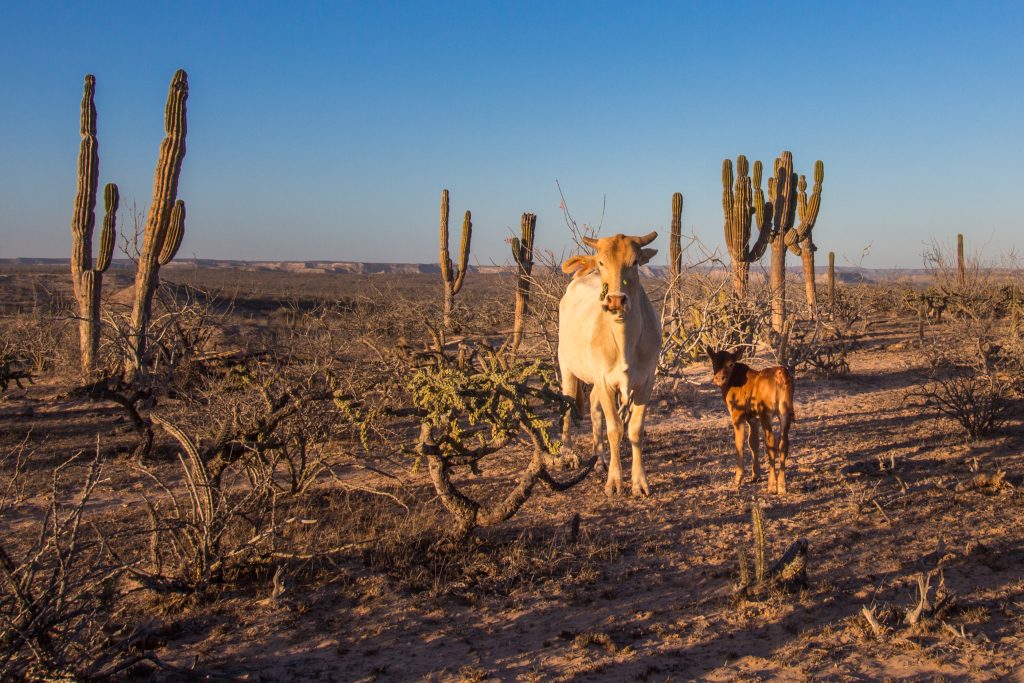 Occasionally, we’d get held up at a military checkpoint or take a detour to search for tacos. Otherwise, the drive was flat and straight, making it the perfect environment to get into hot-button debates with people you can’t escape from. Fortunately for my sanity, the other passengers and I agree on nearly every major topic. Contrast this with a road trip with my father, where one of us nearly always threatens to throw themselves out of the car after just a few hours into the drive.

Our campsite at Huerta Don Cahano in Mulege ended up being one of my favorite places to stay on the Baja Peninsula. It had wifi, hot water, and was set just beside the river. Banana trees lined our campsite and the thick grass made for a soft spot to pitch our tent. 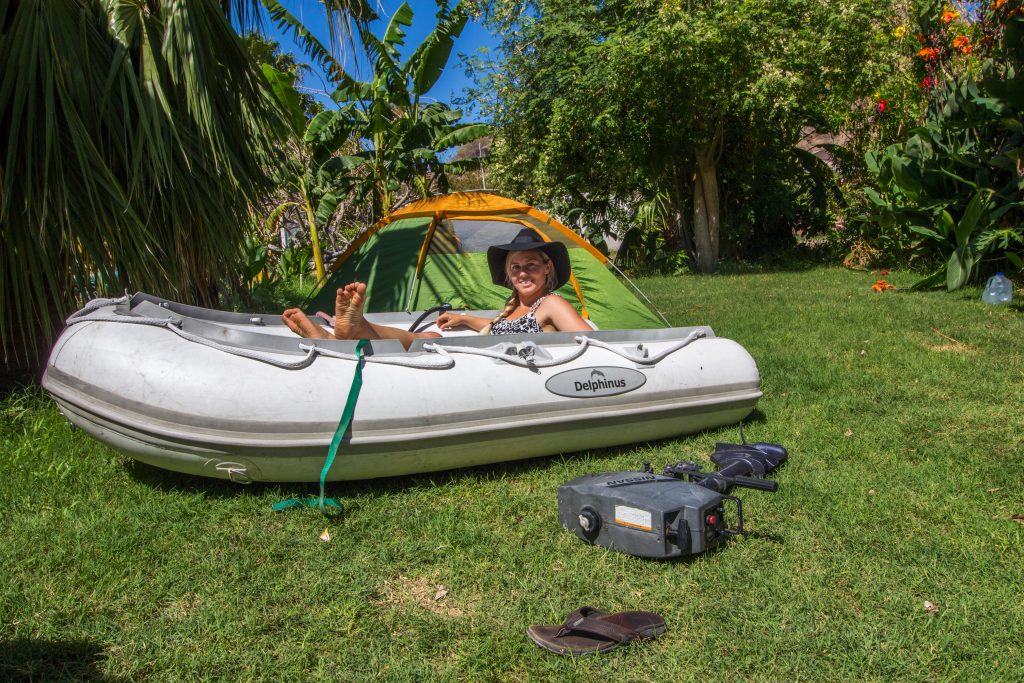 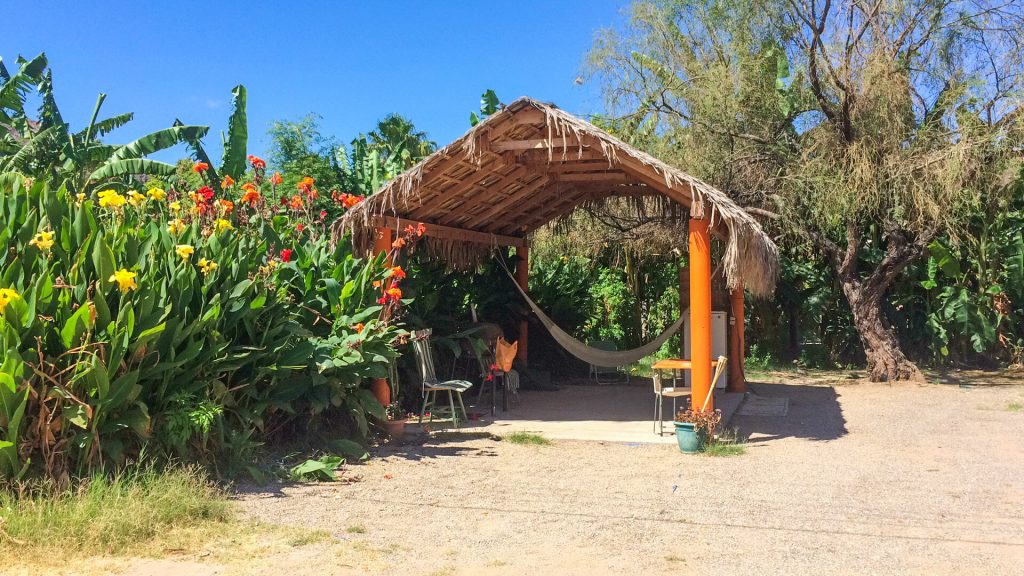 Only packing the essentials, we’d brought Delphinus, a dinghy, along for our road trip. Our goal was to launch it at the rivermouth and venture upstream. At the launch site, there was nobody to be seen except for a young man on bicycle, who seemed to stare at us from a distance. An abandoned house stood eerily on the side of the river. From the house, we could see all the way to town and follow the river upstream. 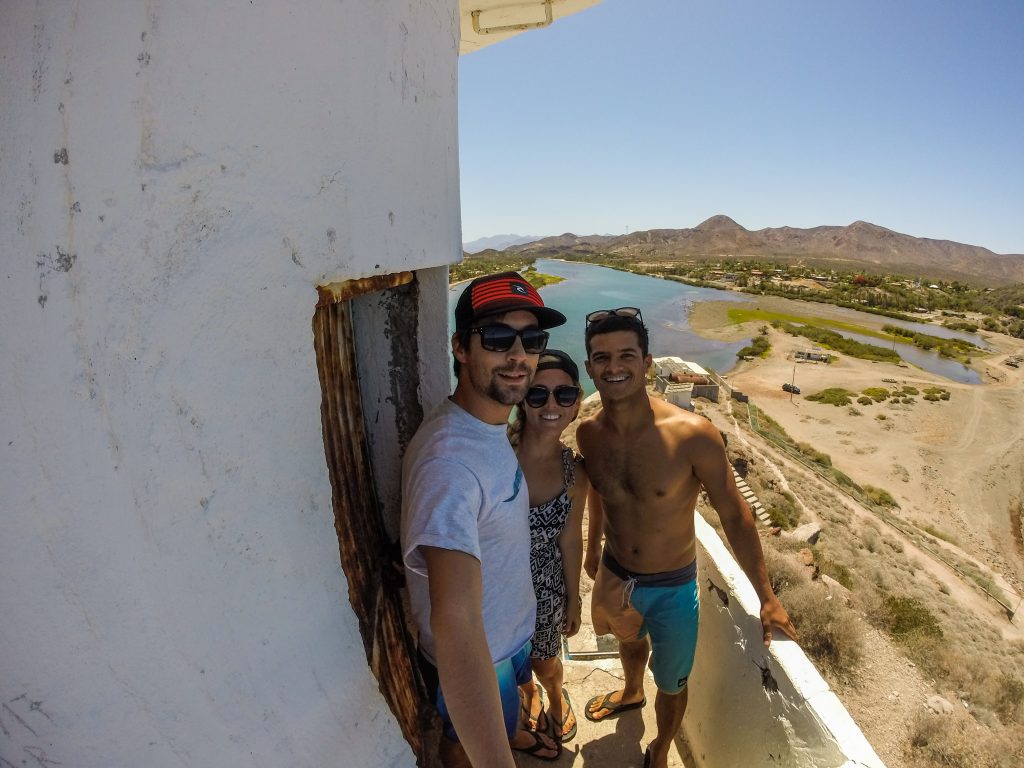 The next morning, we packed up the truck and drove to La Paz. On the way, we saw a stretch of sand that looked too beautiful to pass up. We packed our freediving gear into Delphinus and launched it into the bay. 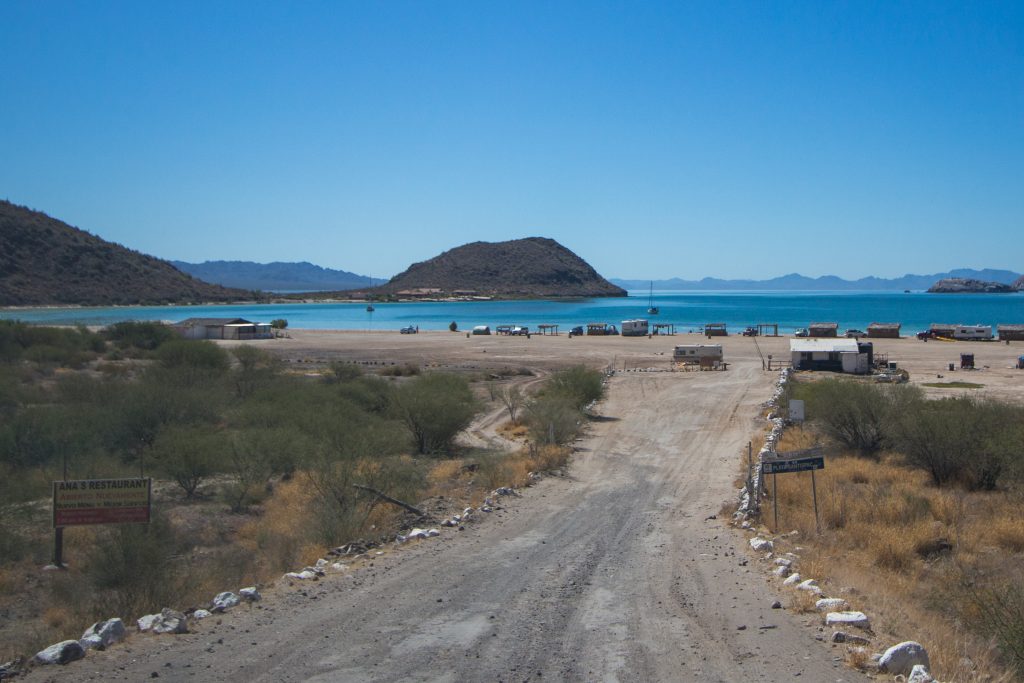 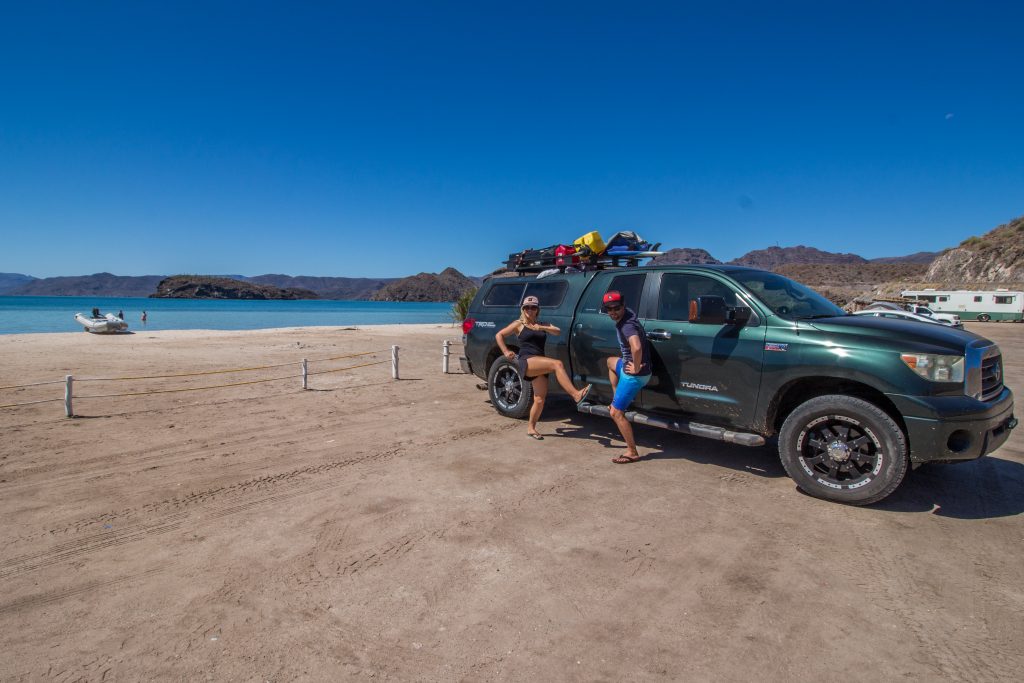 We contemplated leaving our spare gas can behind, but threw it in the dinghy just in case. 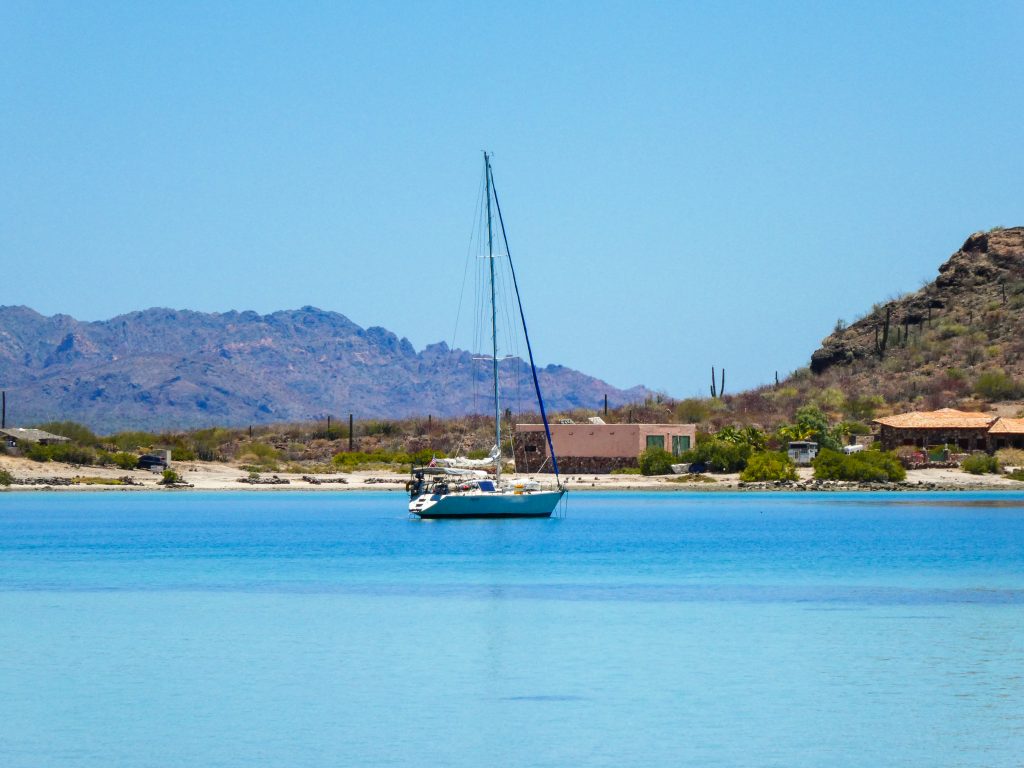 Delphinus shuttled us to a tiny island overrun by pelicans. Hundreds of them swooped overhead and the island emitted a stench of rotting fish. We spotted some of the biggest sea lions we’d ever seen, and Mo threw himself overboard in excitement, his splashes scaring off any creatures that would’ve been interested in us.

La Paz is on the Sea of Cortez, one of the best places in the world to see whale sharks – an ultimate dream of mine.

We threw on our dive gear and hopped in the water. The cold water beckoned my contractions to come earlier than normal, and the visibility was so bad, we could barely see a few feet ahead of us. Even if there were whale sharks, sea lions, or other creatures around, we’d never be able to see them.

Bringing the gas can ended up being the right decision, because Delphinus ran out of juice on our way back to the beach. Of course, we could’ve swam, but the poor soul would be wondering whether the giant sea lion would be lurking underneath us. 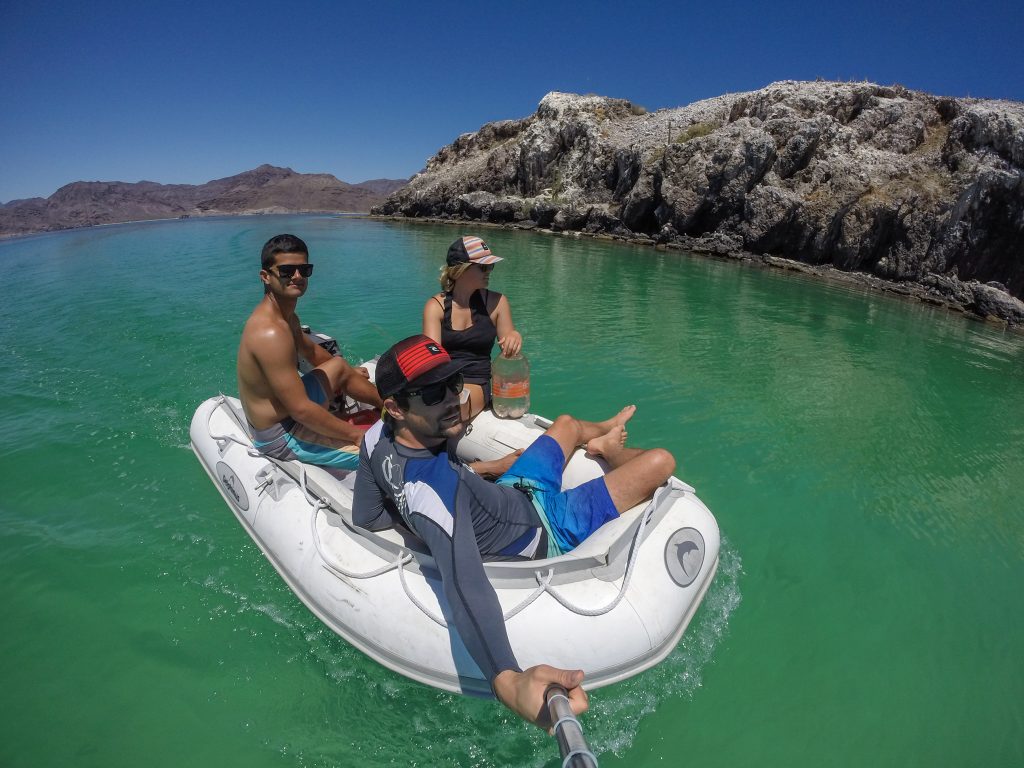 That night, we went off the main road to a campsite set among shrubs and not much else, but set us up to surf that morning at one of the lesser-known waves in the region.

The walk out to the wave was a minefield of sharp rocks, urchins, and barnacles. I knew that there was no way I’d make it out to the water without leaving some skin or epoxy behind, so I turned back and only paddled out at a sandier spot. The waves were fickle so we packed up and made our way to Playa Los Cerritos, a surf spot littered with (fellow) tourists. Locals selling massages and stacks of sombreros called out to us from the beach. We all had better luck here, but it also seemed like someone was toggling with an off and off button with the wind. The waves rolled in clean one minute, lumpy the next. 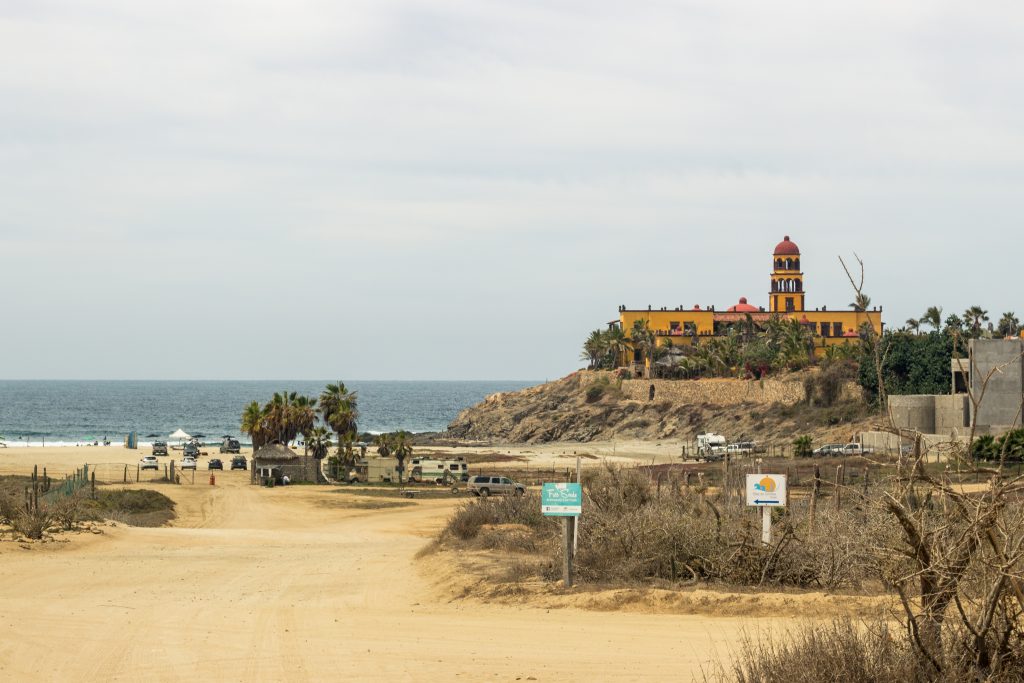 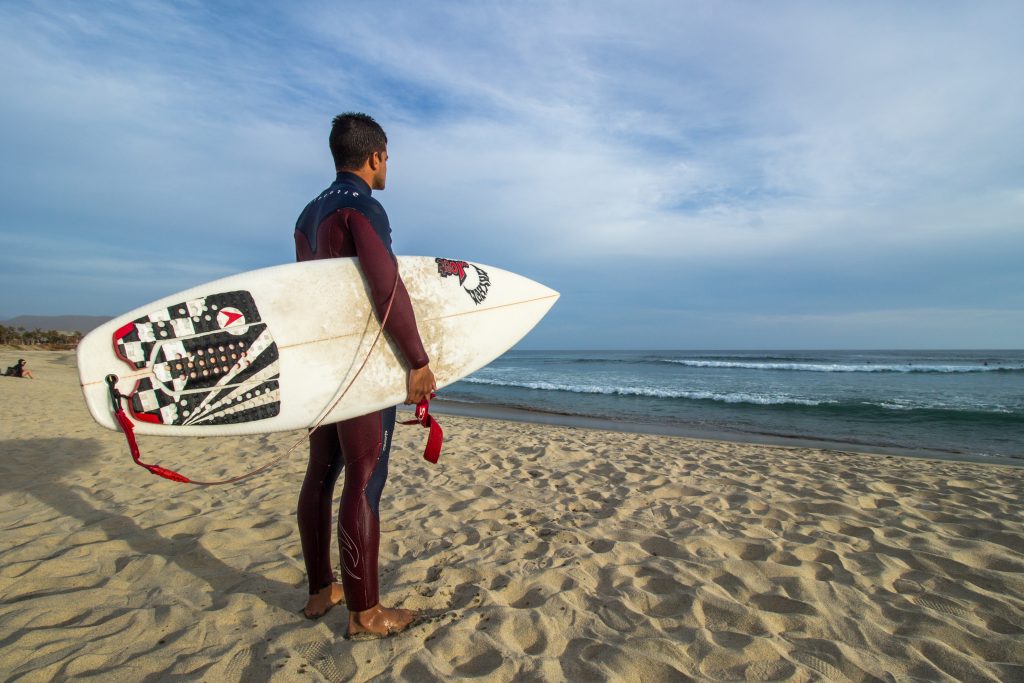 For many surfers, surfing along the coastline of the Baja Peninsula is a pilgrimage with covenants that cannot be broken. Surfers give up their attachment to their day-to-day world of technology and career goals in exchange for the ability to surf in complete solitude. At most points, there’s no electricity, cell service, shops, or other people. It’s thought that where to find the waves should only be passed down from friend to friend. Publishing the precise locations of the any lesser-known wave online to strangers is a cardinal sin.

From La Paz and Beyond

After we got out of the water, we drove through La Paz, went for a swim, and then kept driving to Todos Santos, my favorite campsite of the trip. We feasted on noodles before sleeping under the stars with our tent flap propped open the entire night. I closed my eyes and focused on breathing in the salty air and hint of smoke wafting over from other campsites. 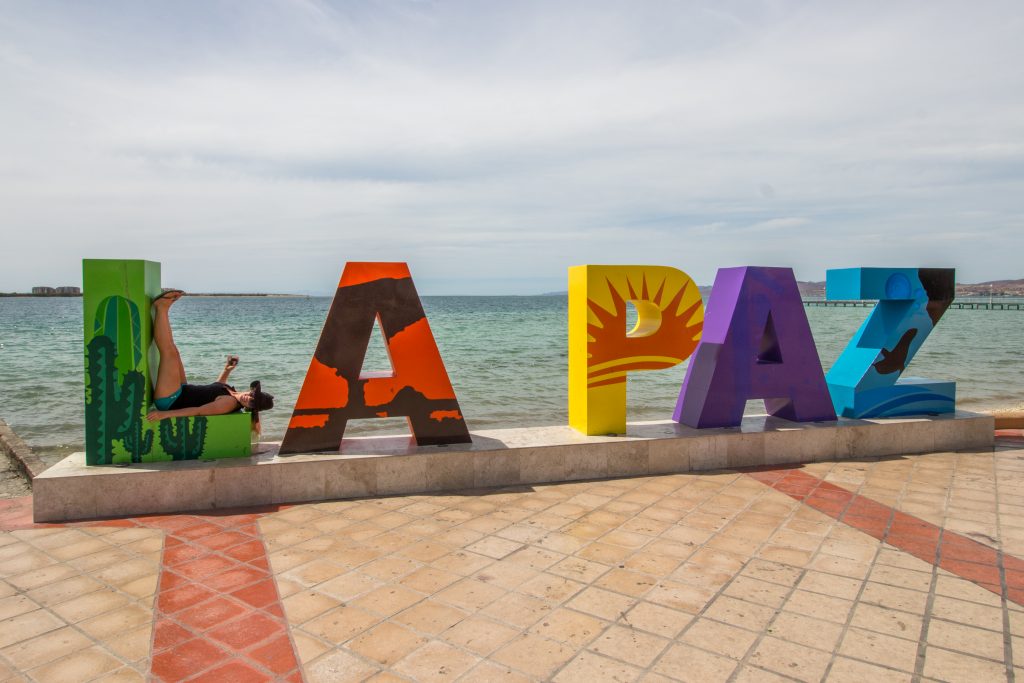 The town of Todos Santos claims to be home of the original Hotel California that millions of people all around the globe have sung about thanks to the Eagles. However, the Eagles have filed a lawsuit against Hotel California in Todos Santos, claiming that this red-hot hotel was not the muse for their 1976 tune. 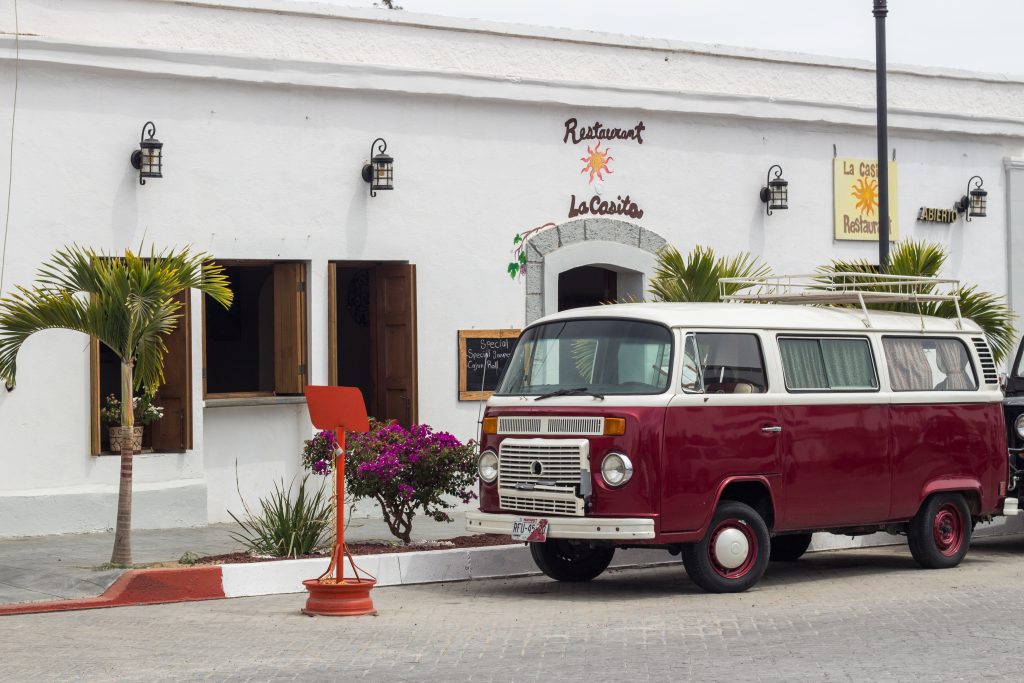 When you stray from the kitschy feel of Hotel California and the souvenir shops that surround it, you’ll find crowded restaurants serving ceviche to locals a few blocks back. 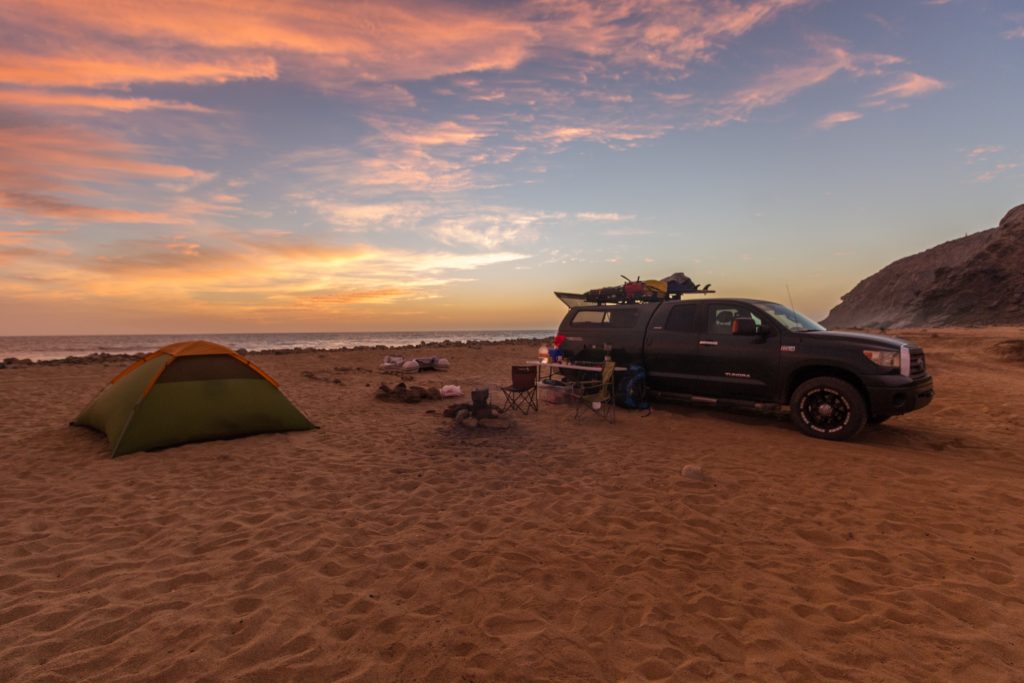 One of the most beautiful things about Baja is that if you venture even slightly off the most trafficked paths, you’ll find an adventure unlike anywhere else.

Want more of Mexico? You might like:
What to Know Before your Baja, Mexico Road trip
Baja, Mexico Road Trip Part 1: From California to Coco’s Corner
Margaritas in Mulege, Mexico: Never Drink More than One