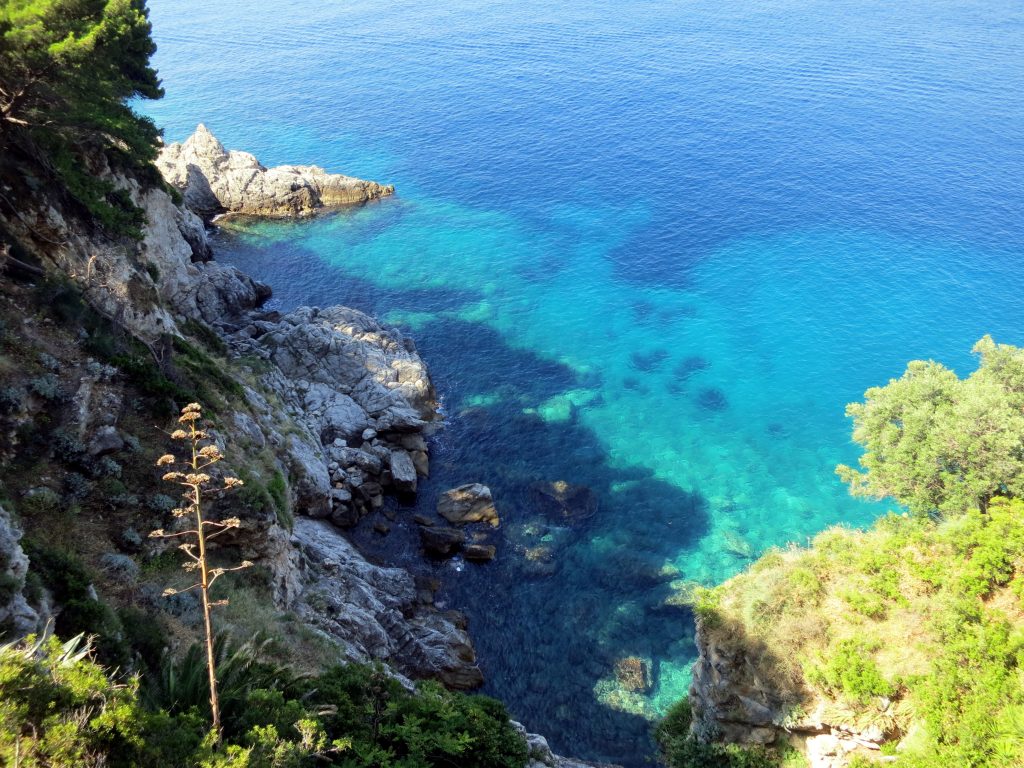 Fiddlers, Fortresses, and Fairy Wings: Not a Problem in Dubrovnik

“I’M GOING TO BE SICK!!!” a lady yelled from the back of the bus on my way to Dubrovnik. I found it quite strange that the bus driver pulled over for hitchhikers waving money, but made no effort to stop and let the poor woman vomit.

After five hours, I arrived in Croatia’s most famous city and walked up an endless amount of stairs to my accommodation. A tall Croatian woman greeted me at her front door, and led me to my room. “Not a problem…” she would repeat despite my silence.

For the next few days, it became her mantra.

Her home also included an Australian couple and two British guys who I joined up with to form a pseudo-traveling circus.

We walked down to the main center, where tall grey stone walls surrounded the city like a fortress. The wall was built to protect the city back in the 8th century, and modifications have been made ever since to keep the walls pristine. As in Split, all of the ground stones were polished by the millions of footsteps that come through the city year after year, making each step feel slippery and unstable. Along the pathways, little children danced to Croatian musicians’ tunes. I had a hard time coping with the inauthentic atmosphere of the city – here I was surrounded by thousands of years of history, but all of the tourists made me feel like I was just another Mouseketeer in Toontown, Disneyland. For this, I recommend visiting in the off season. The next morning, the group and I paid 90 kuna to walk along the fortress walls. I felt like a princess overlooking her rust-roof colored kingdom, and my mind wandered to how the guards must have felt looking into the city and snooping on the citizens’ daily lives.

That’s Mr. Johnson, he always has his mistress over at 3 pm… Ms. Smith always eats her lunch at 11… A local fiddler played music that ricocheted off of the stone walls and into my ears, making me feel a bit uneasy. The song can only be described as an acoustic version of Darude’s “Sandstorm.” The group, which had also accumulated two other Australians that I’d met in Split, went to find a wonderful place to swim. I saw some locals jumping off of the rocks and decided to swim over and join them.

A young boy pointed to a rocky platform and offered to hold my glasses.

“Jedan… Dva… Tri!” He yelled from below.

I jumped into the cool water and immediately scampered back up the rocks to jump again… and again… and again. I started on the lower rock sections before moving higher and higher until I dove like-a-boss. The following day, Chelsea arrived! Chelsea has been my partner in crime for the past few years, and I knew with her by my side, there would never be a dull moment. We have a long history of hitchhiking with strangers, dressing up in costumes for no reason, and pulling massive pranks with a take-no-prisoners attitude.

When I arrived at the boat harbor to pick her up, her mouth dropped when I mentioned that we had a mile long walk back to my accommodation. She had over sixty pounds worth of luggage on her… did I mention she’s not exactly the backpacking type? A few of Chelsea’s “must-haves” packed into her suitcase.

Five minutes into our trek, a wheel pops off Chelsea’s suitcase. A few minutes later, another wheel bites the dust. We skid the suitcase on its side, melting the plastic coating.

We flagged down a local businessman talking on his cell phone and asked if we could have a ride. Feeling cornered, he obliged. His wife who happened to pass down the street at the exact moment we got in the car, however, did not seem too excited to see us. But to be fair, I wouldn’t want two young ladies hitchhiking with my future husband either.

I took Chelsea to the rock area I jumped off of the day before. It was a bit eerie being there alone, so we snuck into a nearby hotel pool after a few short minutes of diving. It’s fun to be mischievous on my own, but it’s a hundred times better to cause mayhem with someone else to take the blame. Tamislav, the cabana boy, told us to keep quiet if we didn’t want to get kicked out – though it’s pretty hard to stay quiet when you’ve just been reunited with your best friend. We went to grab dinner, but the sandwich shop I’d frequented the few days before was shut down by the health inspectors.

In the morning, we were bombarded with the task of lugging all of Chelsea’s hoarded items down to the bus station before our ride to Zadar departed. She purchased the largest suitcase we could find, and still had to say goodbye to her beloved items. She stroked the abandoned Egyptian hat as if to say, “Don’t worry… I’ll find twelve other items at our next location to replace you.”