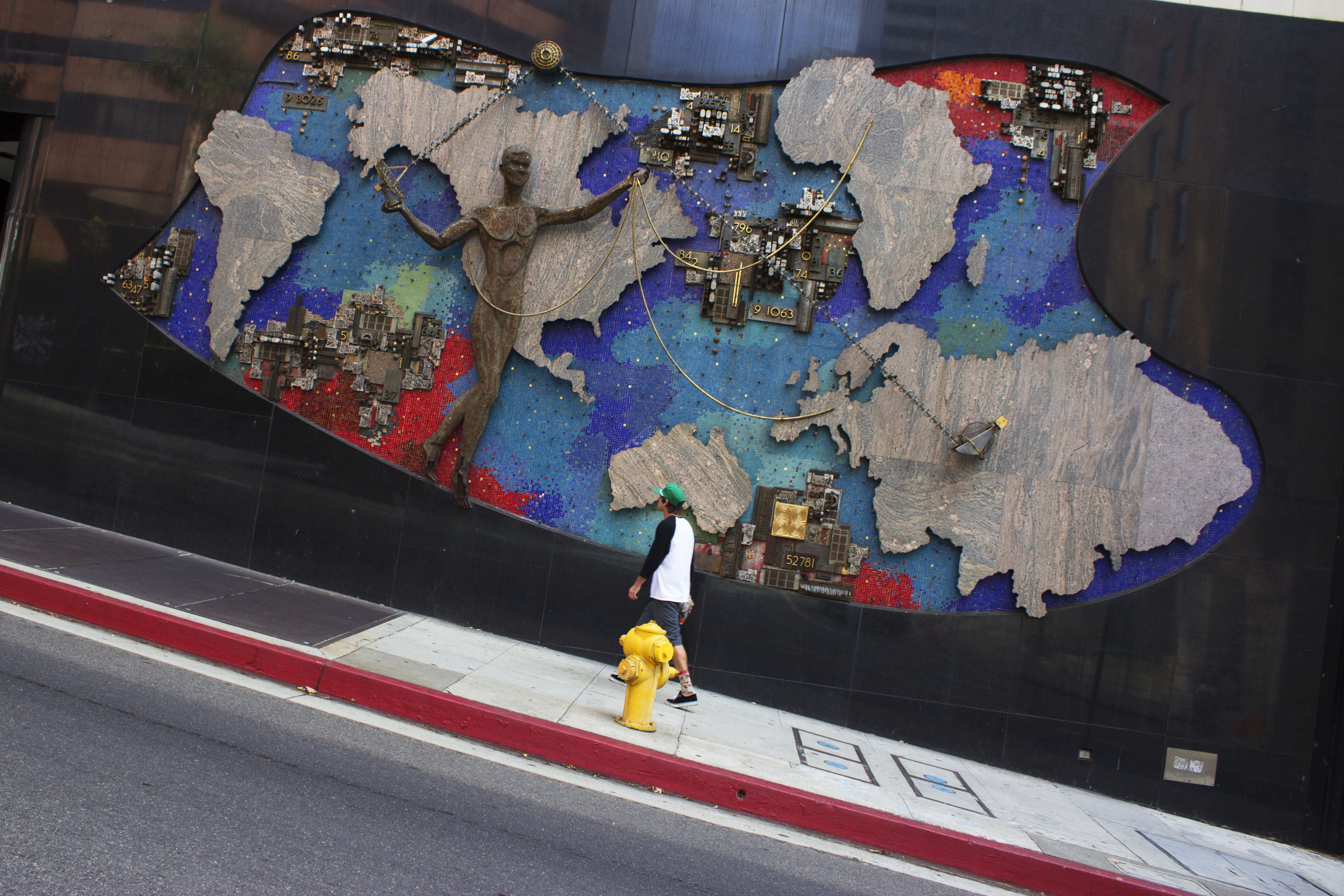 I basically stalked him the entire day.

Fifty cents is all it costs to get a USC student from campus to the heart of downtown via the Dash. I’m generally a fan of public transportation — people watching, the ability to text, and no responsibility for the commute sounds good to me. Sure, sometimes you get the bus that has puke splattered all over the windows like a Pollock painting or the only seat left is next to the warm body of a ninety year old man winking at you and blowing juicy kisses, but I’d chalk this up to karma. Just accept it and embrace the sensuous experience known as public transportation.

There’s a psychology study that explains why and how humans get into a routine. Researchers hooked little wires up to little rat brains and monitored the activity while the rats were set free to explore a new maze. The rats were set free and sniffed crevices, scratched at walls, and continued on in search for a piece of chocolate that the researchers placed in at the end as a reward. Their little brains exploded with activity for their first few times through the maze — everything was new and exciting. After a few more runs through, their brains showed less activity and they began to complete the maze faster. Their brains, their little basal ganglias, filed the actions necessary for going through the maze as a routine and they didn’t need to use as much power to complete the maze. Brain efficiency at it’s finest! Humans function in the same manner, where we use as little brain power on routine tasks as necessary so that we can think of more complex things while performing these tasks.

Wandering around a new place always makes me feel like one of those little rats running through the maze for their first time — except rats are cuter and less volatile.

My friend Anthony and I took Dash F the end of Figueroa and hopped out onto the fresh streets of LA’s financial district, stopping to grab some falafel at a Greek restaurant. This was a good move, because we spent the next four hours wandering aimlessly downtown Los Angeles and I became ravenous and blood-thirsty after the third hour of trekking. I’m scared to think about what I would have turned into if my hunger set in any sooner. (Backup plan? Getting a vegan hotdog at Pink’s.)

I spent the past semester working in the Ronald Reagan building located on Spring St. as an intern for the Department of Justice and have pretty much kept to that small corner of downtown for most of the time I’ve been there. It’s rare that I venture outside of the suit-filled corners of cafes littered with businessmen, policemen, attorneys, and the occasional client (sometimes obviously belonging in the criminal sector).

Little did I know that the entire time I worked there, Crewest Gallery was literally within a block away! While looking for some LA street art (we found a lot!), Anthony spotted a mural and we detoured from the Toy District to go see it.

Yes. Score. Winning. Charlie Sheen. Crewest is a gallery entirely devoted to street art! The man who worked there (possible owner?) was incredibly friendly, also a bonus. I asked if we could take photos of the art, and he seemed a little taken aback. “Yes… yes you can!” A few seconds later he hollered, “Thanks for asking about taking photos!” He also happened to be the artist of the street art mural outside of the gallery.

Then we saw this old man dancing to the music playing in the background in front of some of the paintings that were done by Hex & Skrill… he looked strangely familiar but I couldn’t pinpoint why. He performed some sort of jazz/hip-hop combo dance facing only the paintings, and bowed to the canvas with Ronald Reagan once his number was over.

Turns out, the outside mural was painted of this dancing man, Art! We took turns taking pictures with Art, the mural of Art, and I couldn’t stop saying, “wasn’t that soo cool how we found Art?” Anthony would respond enthusiastically at first… but then learned to tune me out as I wasted the battery of my camera flipping through the photos of seeing the mural, seeing a random man dancing in a gallery, the man and the mural, the man is the mural, all while whispering, “That was so awesome…” slowly to myself.

We meandered around Los Angeles for a little longer, finding a few more gems (and more interesting stenches) along the way. Finally, we journeyed back to my humble apartment where I promptly went unconscious for an hour-long glorious nap.

Here are a few more random snaps from the afternoon:

I’m sure my little basal ganglia was very grateful for the break in routine.