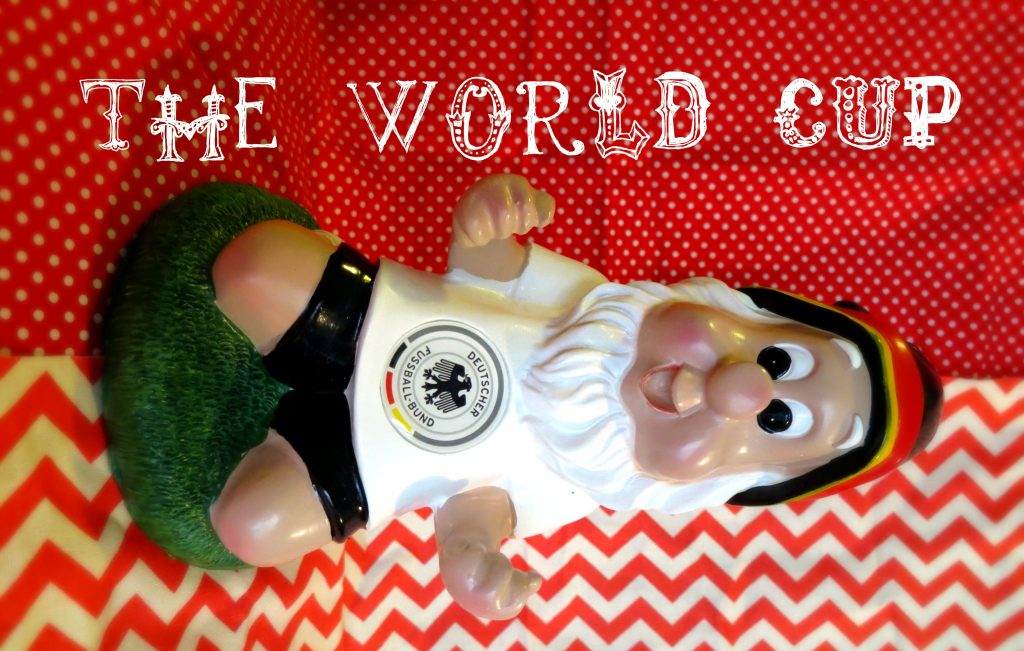 This Australian Life: The World Cup

Welcome to my new series, This Australian Life, where I post small anecdotes about my daily life working and socializing as an expat in Australia.

If you’re in a country that calls football soccer, that country does not care about the sport. It should basically be a law of physics… And while it’s not good to stereotype,  Being an American, living in Australia, I’ve pretty much entered the portal of no-cares-given about soccer. Seriously, the local lawn bowling team gets more media exposure than the Socceroos. I would have been oblivious to this whole soccer and flesh-eating-Suarez shenanigans had it not been for my fellow expat social group and German boyfriend… who is an absolute fanatic when it comes to The World Cup. When we had five Germans over during the first Germany match, the Germans glued their undivided attention to the TV – meanwhile, I gabbed with another American and devoted my time to online shopping.

Which is sort of endearing, really.

Except that all of the games are shown between midnight and 6 am here due to the massive time difference. Staying up that late takes commitment!

This week, Moritz dragged me and our friends to Crown Perth Casino to watch the Germany VS. France game. Before the game, Moritz bought black, red, and yellow balloons to blow up and toss around during the match.

While he was grabbing balloons, I started gathering red, white, and blue items – the game fell on the 4th of July after all, and I didn’t want to feel left out.

As soon as I gathered flag colored bottles of nail polish, Moritz screamed.

“What does it look like I’m doing? I’m gonna wear 4th of July gear to the game.”

Reluctantly, I backed away from the nail polish display. If I can’t dress like an American, I might as well join the Germans.

The casino was absolutely jammed with displaced Europeans decked out in fan gear.

After Germany scored the first goal, I smelled victory. A few months practicing my Deutsche skills using Duolingo, I was absolutely confident in screaming chants and cheers in German – nevermind that I got some of the chants wrong. I didn’t know any official German football chants, but I knew one with the word football in it. It’s basically an ode to hooligans. (Wir sind keine Fußball Fans, wir sind deutsche Hooligans!)

Close to half-time, we saw some of the Frenchies leaving the casino.

Balloons popped in the background.

The final whistle blew, and the Germans roared – drowning out the voice of an Australian girl asking, “Is this like the big roulette tournament or something?”